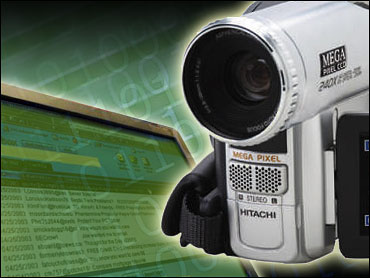 While the written word and spoken voice remain very powerful communication tools, there is increasing incentive to use video.

I can think of two reasons. The first is that video can sometimes make a bigger impact, and the second is that because we sort of can.

I say "sort of" because there's a difference between having access to tools that can do amazing things and having the talent and time to put them to good use.

Until a few years ago, the technology required to produce good video was expensive and hard to use, but obviously that's changing. Today you can buy surprisingly good video cameras for under $100, or you can even use the video camera feature built into most cell phones.

And anyone with a Mac or a PC has rudimentary video editing software - such as Windows Movie Maker or Apple's iMovie - that has more than enough features and power to produce and edit pretty good video. At least that's the theory.

For me at least, shooting and editing compelling video is still a daunting task. Sure, I can aim a camera at someone and use one of the free programs to trim it down to size, but if I want the video to look even remotely professional, I find myself spending far too much time, and the result is never as good as even what you see on the TV news.

Instead of trying to create moving videos, I've been making movies that are actually narrated slide shows that I post on YouTube, Facebook and other sites.

The beauty of a narrated slide show is that you can easily use visual elements including pictures, drawings or computer screen shots and mix in audio including voice and music.

I recently produced a short tribute video that was shown at a party in London for my friend Stephen, who just stepped down as CEO of a nonprofit organization. It was surprisingly easy to do and reportedly well received.
I assembled some appropriate digital photos and mixed in a soundtrack that consisted of my own voice as well as comments I got by interviewing some of Stephen's friends.

I worked with Adobe Audition as my audio recording software and Microsoft Windows Movie Maker to mix in the photos and audio and produce the final video. Audition ($350) is very expensive, but I could have also used Sony's $50 SoundForge Studio or Audacity, a free open-source audio recording program. Mac users can use Garage Band to record their sound and iMovie to put it all together. Both programs are bundled with new machines.

For the telephone interviews, I used phone recording equipment that I have only because of my work with CBS News. But you can get pretty good telephone sound on the cheap with a $25 Radio Shack Smart Phone Recorder Control that you can plug into your computer's microphone jack.

If you're going to use your own voice, you'll need a microphone. The built-in mics on laptops or cheap ones that come with some desktops are OK, but if you want better sound, you should consider either a good quality analog mic or a USB mic.

Samson's $70 CO1U USB condenser mic (samsontech.com) sounds quite good but, to my ears, Blue Microphone's $100 version (bluemic.com) has somewhat richer sound. My favorite option is to use a good analog mic that I connect to the PC with Blue Microphone's new $60 Icicle, which has a professional (XLR) microphone input on one end and a USB jack on the other. The included 6-foot USB cable plugs into a PC or a Mac and lets you use any type of microphone, including condenser mics that require "phantom power."

The Icicle and USB mics have their own digital processing technology that lets you bypass your machine's sound card, which can help improve sound, especially if you have a laptop or a desktop with built-in low-end sound input technology.

Once you've selected the pictures or other images you need, the only thing left to do is combine them with the audio, add some transitions or special effects and produce your video.

For my tribute to Stephen, I imported the photos and audio files into Windows' free Movie Maker program and used its simple video effects features such as "ease in" and "ease out" to create a sense of movement.

This is similar to the so-called "Ken Burns Effect" that filmmaker Ken Burns uses so effectively with still photos in his historical documentaries. Apple's iMovie does an even better job of applying special effects to still images and it, too, can import audio files.
By Larry Magid