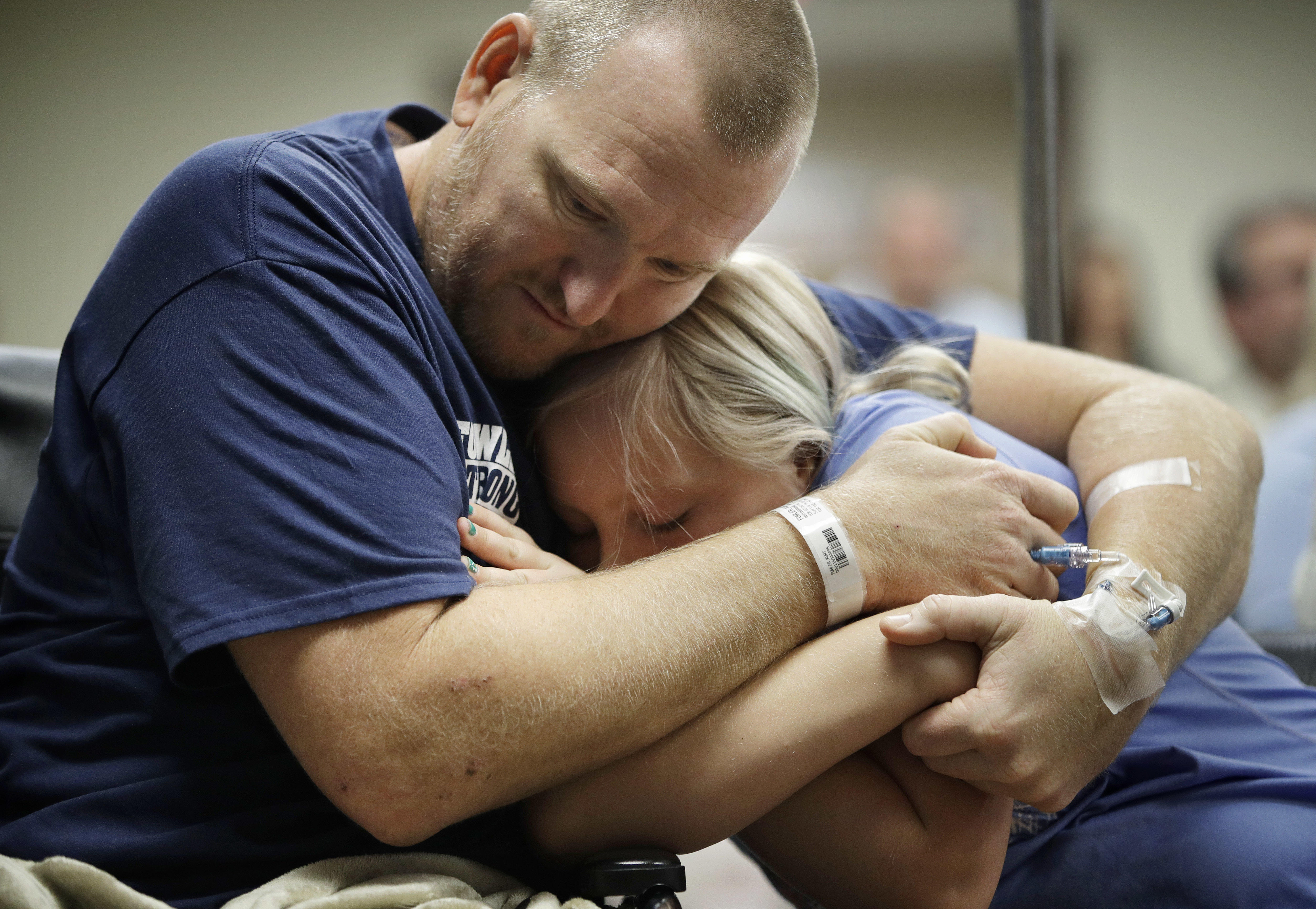 Last month, a gunman perched on the 32nd floor of the Las Vegas Mandalay Bay Hotel and Casino opened fire on a crowd of concert-goers on the street below, killing dozens of people and wounding hundreds of others in the deadliest mass shooting in modern U.S. history.

Dr. Kevin Menes was the doctor in charge of the emergency room at Sunrise Hospital in Las Vegas, which received more than 200 victims with penetrating gunshot wounds. He recently co-authored a piece in Emergency Physicians Monthly detailing the horrors he and his colleagues faced that night and how they handled the 215 patients who arrived at their doorstep.

Menes, who works the weekend nightshift, had been planning for years how he and the hospital would handle a mass casualty incident.

"It's an open secret that Las Vegas is a big target because of its large crowds," Menes said in the Emergency Physicians Monthly piece, which is described as "his story, as told to Judith Tintinalli, MD, MS," and edited by Logan Plaster.

When the shooting started, there were four emergency physicians, one trauma surgeon, and a trauma resident in the ER.

Menes himself was at the ambulance bay when the first police cars with patients arrived.

"There were three to four people inside each cruiser. Two people on the floorboards and two in the back seat, and they were in bad shape. These patients were "scoop and run" -- minimal to no prior medical care but brought in a timely manner," he said.

He tagged the patients on a color-coded system: red tags were for patients in most danger who needed major resuscitations; orange tags for patients with threatening gunshots in critical areas, but had not crashed yet; yellow tags for patients that had torso/neck or extremity wounds that looked very stable and were expected to survive for at least an hour after arriving (what doctors refer to as the "golden hour" because chances of survival increase dramatically if critically wounded patients are treated within the first hour of coming to the ER); green tags were for patients in stable condition.

"We all do it as emergency physicians. You look at a GSW (gun shot wound) and guess the trajectory and the potential internal injuries. Then you decide if they're dying now, in a few minutes, or in an hour ... I would look at these patients as they came in, and I would grade them red to green," Menes said.

Menes recalled pulling at least 10 patients he knew were dead from cars, but still tagged them red so another doctor could see them.

"If the two of us ended up thinking that this person was dead, then I knew that it was a legitimate black tag," he said.

He saw victims who were shot in the neck but were still awake and talking.

"These went into my orange area because I knew that I probably had 30 minutes before they crashed," he explained.

As time went on and more victims arrived, Menes knew patients tagged yellow and orange would soon become red. Patients needed to be seen quickly and prioritized to the operating room.

Soon, his staff had become overwhelmed and needed him inside. He asked a nurse, Deb Bowerman, RN, who had been with him triaging to take over tagging the patients by color. Bowerman replied, 'I got it.'"

"... I turned triage over to a nurse," Menes said. "The textbook says that triage should be run by the most experienced doctor, but at that point what else could we do?"

Inside, he describes people all over the place in cramped quarters. Supplies were running low and he called for all of the pre-surgery drugs and units of 0 negative blood in the hospital to be brought to the emergency room.

They ran out of thoracostomy trays and chest tubes so Menes instructed doctors to improvise and use alternative equipment.

At one point, several nurses shouted to him at once that they urgently needed his help with patients.

"They brought them all towards me, and I was at the head of multiple beds, spiraling out like flower petals around its center," he said. "We pushed drugs on all of them, and they all got intubated, transfused, chest tubed, and then shuffled to Station 1 [patients who were tagged red]."

As fresh ER doctors arrived, Menes briefed them on the new emergency room layout and list of workarounds they were doing, as well as a quick pep talk, saying "You're a shark. Get out there and find blood!"

"I wanted them to find those dying patients in the sea of patients still there," he explained. "Within hours, we had hundreds of doctors, nurses, and midlevels arrive at the hospital to help."

Across the country, hospitals periodically run drills and training sessions to help prepare staff for how to respond in a crisis situation.

"It's an ethical and moral dilemma that all physicians and health care providers go through because we try to save everyone, but unfortunately that's not the case," he told CBS "This Morning" in October in the wake of the Las Vegas shooting.

CBS News medical contributor Dr. David Agus said doctors must make these decisions sometimes within seconds in order to save as many people as possible.

"It's a horrible decision to have to make, but you need to start to say, where can I use the men and women power I have to save people," he said. "It's a very difficult thing because with some people you're going to have to say these are people who we are not going to be able to save even though if the emergency room was empty they would be able to save them."

At Sunrise Hospital, the surgery team performed a total of 28 damage control surgeries in only six hours, and 67 surgeries within the first 24 hours.

"I couldn't believe that we saved that many people in that short amount of time," Menes said. "It's a testament to how amazingly well the hospital team worked together that night. We did everything we could."