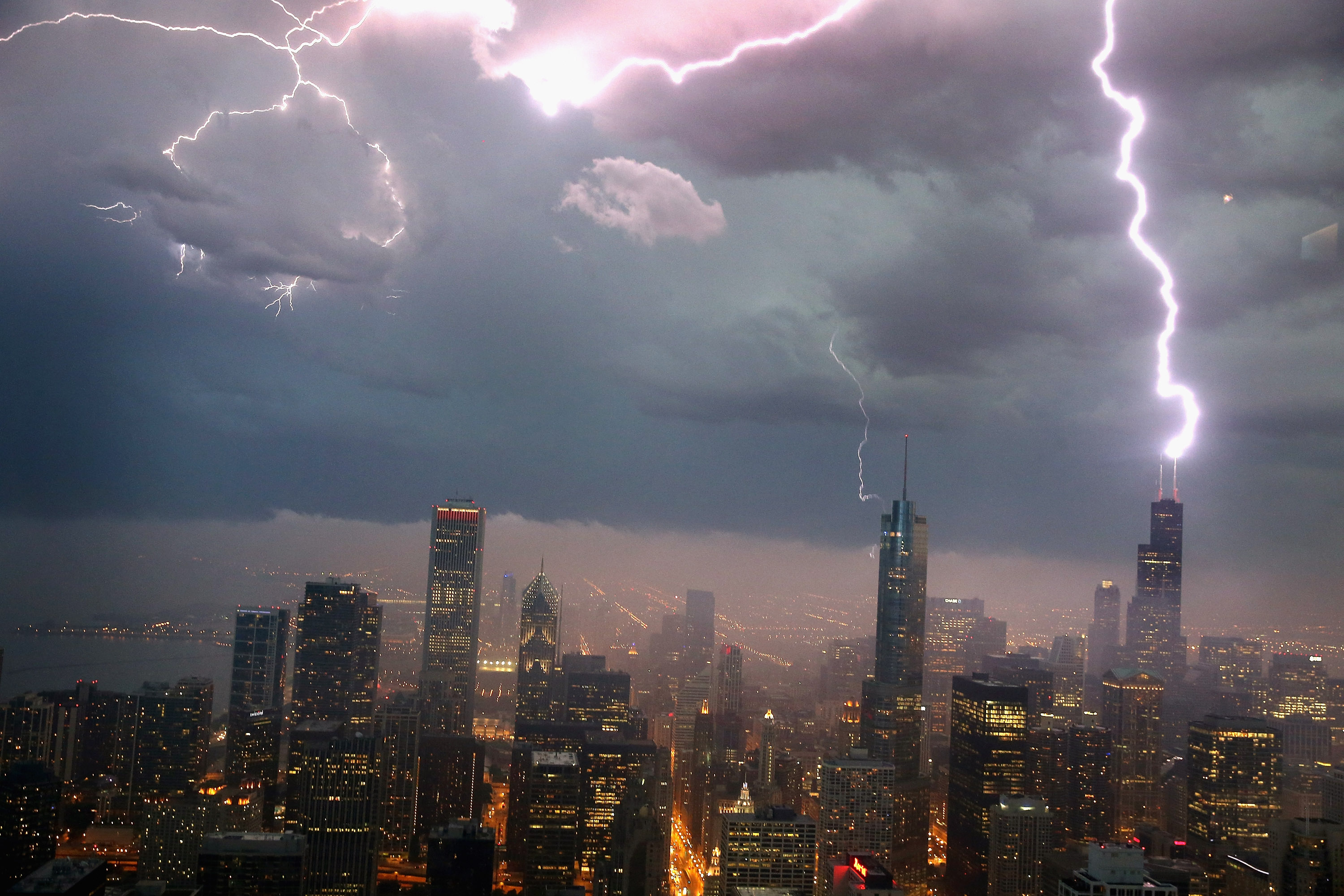 For many Americans who wished they could change the weather -- whether it be in the Northeast during this past winter or in drought-stricken California -- researchers may have found a way to aim a high-energy laser beam into clouds to make it rain or trigger lightning.

By surrounding a beam with another beam that will act as an energy reservoir, the central beam will be sustained for greater distances than previously possible. The secondary beam will refuel and help to prevent the dissipation of the primary beam, which would break down quickly on its own.

Although lasers can already travel great distances, it behaves differently than usual, collapsing inward on itself when a laser beam becomes intense enough, according to Matthew Mills, a graduate student at the UFC Center for Research and Education in Optics and Lasers.

"The collapse becomes so intense that electrons in the air's oxygen and nitrogen are ripped off creating plasma -- basically a soup of electrons," Mills explained in a statement.

Afterwards, the plasma tries to spread the beam back out -- causing an internal struggle between collapsing and spreading -- what's known as "filamentation." This process in turn creates a light string that lasts only until the beam disperses.

"Because a filament creates excited electrons in its wake as it moves, it artificially seeds the conditions necessary for rain and lightning to occur," Mills explained.

Previous work done by other researchers have led to some type of "electrical event" in clouds -- raising an added risk of a lightning strike when seeding clouds with lasers, according to the researchers.

"What would be nice is to have a sneaky way which allows us to produce an arbitrary long 'filament extension cable.' It turns out that if you wrap a large, low intensity, doughnut-like 'dress' beam around the filament and slowly move it inward, you can provide this arbitrary extension," Mills said in a statement.

"Since we have control over the length of a filament with our method, one could seed the conditions needed for a rainstorm from afar. Ultimately, you could artificially control the rain and lightning over a large expanse with such ideas."

Future applications of this method could be used in long distance sensors or in spectrometers for chemical makeups.

"This work could ultimately lead to ultra-long optically induced filaments or plasma channels that are otherwise impossible to establish under normal conditions," Demetrios Christodoulides, a professor that is working with the graduate students on the project, said in a statement.

Using this method, Mills, along with fellow graduate researcher Ali Miri, have extended the pulse seven-fold -- from just under a foot to around seven feet. Still, they're not done yet, with hopes to extend the filament even further.

Development of the technology was funded by the Department of Defense and the researchers' findings were published in the journal Nature Photonics.