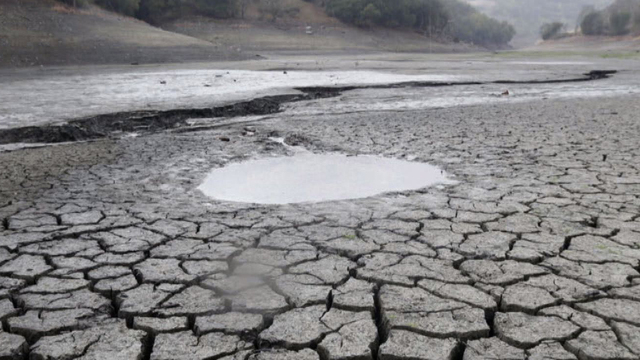 FRESNO, Calif. - Drought-stricken California farmers and cities are set to get more water as state and federal officials ease water cutbacks due to recent rain and snow, officials announced on Friday.

The Department of Water Resources said it is increasing water allotments from the State Water Project from zero to 5 percent of what water districts have requested. The State Water Project supplies water to 29 public agencies serving more than 25 million Californians and irrigates nearly a million acres of farmland.

The U.S. Bureau of Reclamation said it will supply 75 percent of the water requested by water agencies in the Sacramento Valley, up from the current 40 percent.

"This is all a bit of good news in an otherwise bleak water year," Mark Cowin, director of the California Department of Water Resources, said on a conference call with reporters. Federal and state officials said rain and snow from storms in February and March allowed them to increase water allotments.

The news comes as the state is in the midst of its third consecutive dry year. Gov. Jerry Brown declared a drought emergency in January.

State officials said the recent storms also removed the need to immediately install rock barriers to prevent saltwater intrusion into the Sacramento-San Joaquin Delta. Barriers would have adverse impacts on fish and wildlife and worsen water quality for some agricultural users, according to state officials.