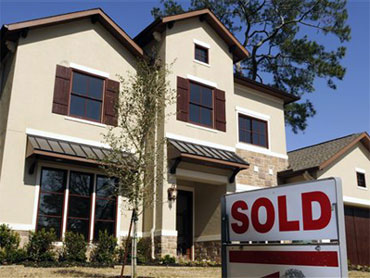 A series of poor economic reports suggests that the U.S. recovery has weakened. The Conference Board's index of leading economic indicators fell 0.2 percent last month, while it had risen almost every month since April 2009 as the economy rebounded from recession.

But faltering consumer spending, high unemployment, and weakness in the housing sector -- as shown by a 5.1-percent drop in sales of previously occupied homes in June -- raised fears of a big slow down.

The housing numbers are expected to keep falling, and the indicator index is seen as a gauge of future economic activity.

The Conference Board, a private research group, said Thursday its index fell 0.2 percent last month. Economists polled by Thomson Reuters had expected a drop of 0.3 percent.

The index was revised higher to a 0.5 percent increase in May from the initial report of a 0.4 percent gain. The April report was revised to a 0.1 percent drop from a prior estimate of no change.

"The indicators point to slower growth through the fall," said Conference Board economist Ken Goldstein. He said the manufacturing rebound will likely slow and there is "little indication" of a pickup in the service sector, which employs about 80 percent of the U.S. work force.

Five of the 10 indicators increased, while 4 declined and an estimate of manufacturers' new orders for capital goods was flat.

Employment data - fewer hours worked in factories and more people filing for jobless aid - weighed down the index, as did dropping stock prices.

The biggest positive contributions were the money supply, which increased, and the difference between 10-year interest rates and the overnight interest rate that the Federal Reserve has kept at a record low near zero. A wide gap between the two can mean investors expect economic activity to pick up.

Still, that gap has narrowed recently as investors searching for safety bought up 10-year Treasurys, weighing on bond yields.

Sales of previously occupied homes fell 5.1 percent in June and are expected to keep sinking, indicating that the housing market is likely to drag on the economic recovery.

Sales is now at a seasonally adjusted annual rate of 5.37 million, the National Association of Realtors said Thursday. Economists polled by Thomson Reuters had expected sales of 5.18 million.

The report counts home sales once a deal closes. Last month's report captured some buyers receiving federal tax credits of up to $8,000 that boosted sales this year. Buyers initially had to close their purchases by June 30, but Congress extended the deadline to the end of September.

Since the tax credits expired, the number of people buying homes has fallen sharply, despite lower prices and the lowest mortgage rates in decades. The situation has been worsened by high unemployment, tight lending standards and rising foreclosures.

"The economy and the housing market are going to remain stagnant for a long time," said Sam Khater, senior economist at real estate data provider CoreLogic. "There's nothing that's going to propel sales anytime soon. It's all about jobs and income growth."

As sales have slowed, the supply of unsold homes on the market has risen 2.5 percent to nearly 4 million. That's a nearly nine-month supply at the current sales pace, the highest level since August. It compares with a healthy level of about six months.

Sales are likely to keep falling for three to four months, said Lawrence Yun, the Realtors' chief economist. That would likely boost the supply of unsold homes to more than 10 months for the first time since the spring of 2009. And it could push down home prices.

"It's still a fragile situation in the housing market," Yun said.