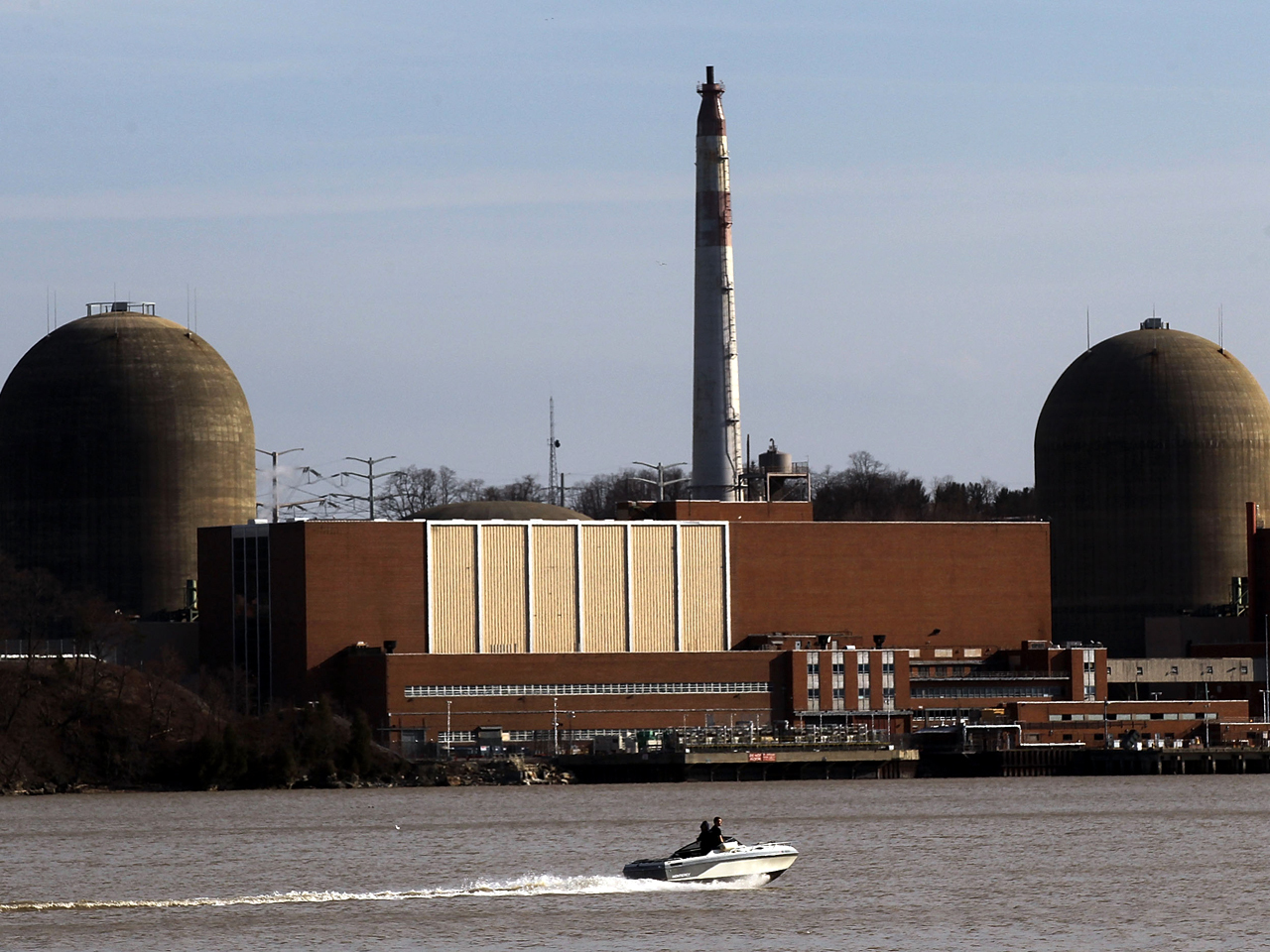 The recent radioactive leak at New York's Indian Point nuclear power plant is prompting renewed calls for the site to be shut down, amid growing concerns about the potential damage a nuclear accident could do in one of the most densely populated parts of the country.

In the past year alone there have been a number of mishaps at Indian Point, including a power failure in the reactor core, a transformer fire, an alarm failure, and the escape of radiated water into groundwater. The plant sits about 25 miles north of New York City, so a serious mishap could potentially put millions of people in harm's way.

"It's a disaster waiting to happen and it should be shut down," Paul Gallay, president of Riverkeeper, a watchdog organization dedicated to protecting the Hudson River, told CBS News.

The Indian Point Energy Center, located on the bank of the Hudson River in the town of Buchanan, supplies electricity for millions of homes, businesses and public facilities in New York City and Westchester County, just north of the city.

Environmental groups call the latest problem just the tip of the iceberg, and Gov. Andrew Cuomo is joining with organizations like Riverkeeper, the National Resources Defense Council and others in seeking the permanent closure of the plant.

Earlier this month, Entergy Corporation, which owns Indian Point, reported increased levels of tritium-contaminated water at three monitoring wells, with one well's radioactivity increasing by as much as 65,000 percent.

Tritium is a radioactive form of hydrogen that occurs naturally in small doses and is a byproduct of nuclear reactors. It could enter a person's body by drinking tritiated water, or it can also be inhaled as a gas or absorbed through the skin. Tritium can reach all parts of the body like normal water and is eventually expelled through urine. The U.S. Nuclear Regulatory Commission (NRC) says tritium emits "very weak radiation and leaves the body relatively quick."

Little research has been done on the health effects of exposure to increased levels of tritium. But the NRC states: "Exposure to very small amounts of ionizing radiation is thought to minimally increase the risk of developing cancer, and the risk increases as exposure increases."

However, Jerry Nappi, a representative for Entergy Corporation, said that the most recent issue at Indian Point would not have any impact on human health or life in the river. "Concentrations would be undetectable in the river," Nappi told CBS News. "We know from more than 10 years of hydrological studies on the site that it [radioactive contaminants] can't reach drinking water sources in nearby communities."

According to a 2014 notice in the Federal Register, EPA is expected to update the standards for tritium in drinking water. EPA did not make anyone available for comment.

In a statement issued February 11, Cuomo, who has spent years fighting for the closure of Indian Point, said that the recent leak there had been getting worse. "Today, Entergy reported that the level of radioactive tritium-contaminated water that leaked into groundwater at the Indian Point Nuclear facility last week has increased by 80 percent since the initial report [February 5]," the statement read. Cuomo also directed the state's Departments of Environmental Conservation and Health to investigate the cause of the radioactive leak.

Nappi said that tritium levels normally fluctuate as the contaminant moves through the facility. "It's not getting worse," he said. Nappi added that the leak was related to a temporary filtration process that occurred for two weeks in January, and said it has since stopped.

Neil Sheehan, a representative for the U.S. Nuclear Regulatory Commission, told CBS News that the NRC is continuing to review the recent tritium leakage at Indian Point. "We recently sent a radiation protection specialist to the plant to assess the situation and learn more about what happened. He was assisted by our three Resident Inspectors assigned to the plant on a full-time basis," he said in an email.

"The good news is, advances in alternate power sources, grid management and energy conservation have brought us to the day when the aging, unsafe Indian Point can close," Gallay said. He enumerated a number of other available sources of energy for the region, including 600 megawatts thanks to transmission system upgrades and another 500 megawatts available through energy savings achieved through efficiency and renewable energy.

"There will be enough power to keep the lights on in our homes and hospitals, our businesses and schools -- in every place that makes our communities healthy and vibrant," Gallay said.