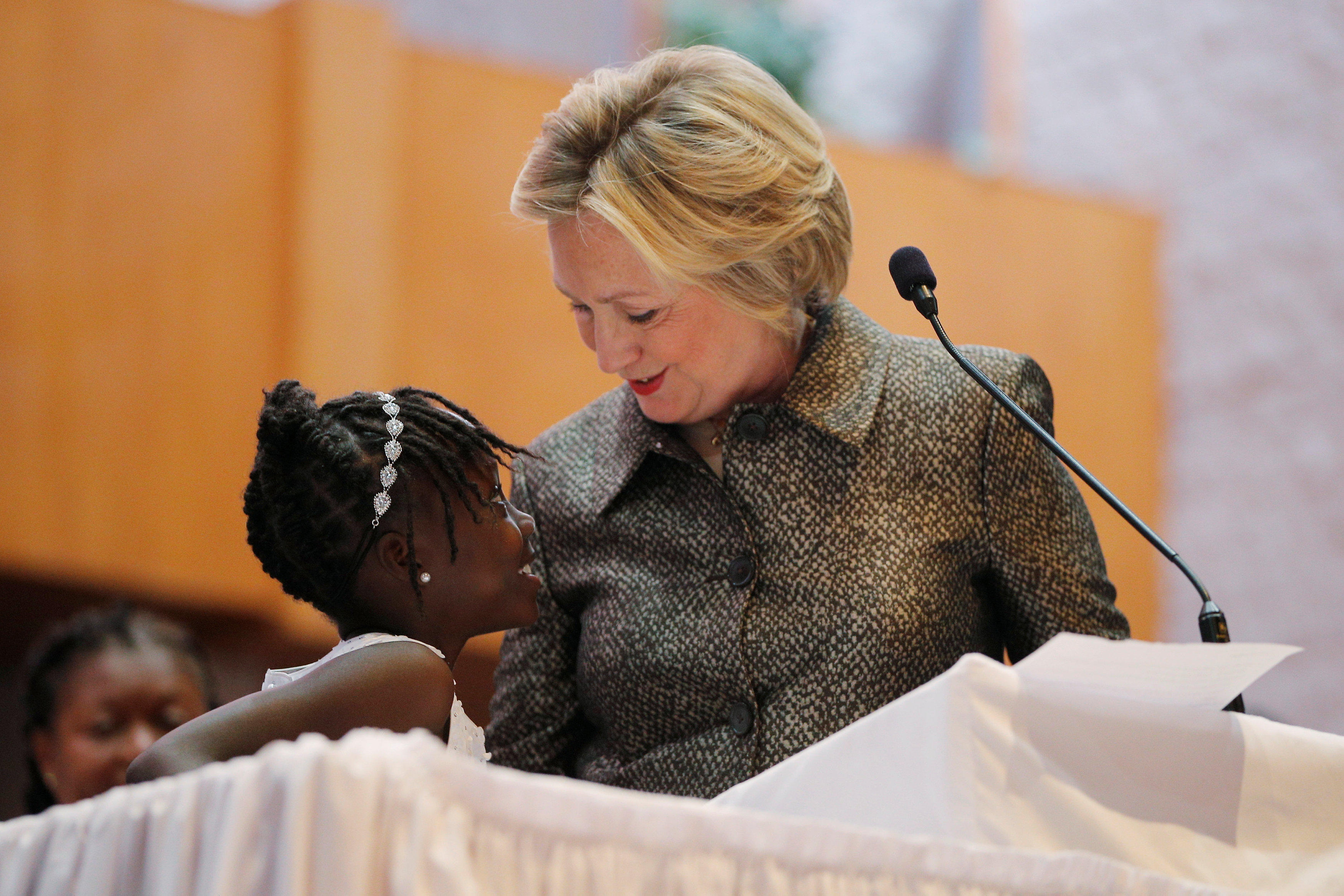 CHARLOTTE -- Speaking at an African-American church here on Sunday, Hillary Clinton offered her prayers for the family members of Keith Lamont Scott and the many others who have lost loved ones to gun violence.

Clinton’s visit to the church was her first stop during a trip to Charlotte planned in the wake of Scott’s death and the protests that filled the city’s streets for the nights that followed. Scott was shot and killed by a police officer on Sept. 20 and, while Clinton originally planned to travel here a week ago, her campaign postponed the trip after Charlotte’s mayor said in an interview that she would prefer candidates delay visiting.

Following worship at the Little Rock Church, Clinton was expected to meet with a group of young African-American men “to discuss the urgency of addressing racial, economic and social justice issues,” according to a campaign aide.

In her remarks, Clinton also offered prayers to police officers and their family members.

“We also know and we must not forget that violence has touched the families of police officers,” Clinton said. “From Dallas to Baton Rouge to Philadelphia, the families of fallen officers have also been dealt a great blow and they deserve our prayers as well.”

Clinton, who has spoken often on the campaign trail about the “systemic racism” that exists in America today, then offered a very personal acknowledgement of how bias still impacts the lives of African-Americans. She said that her worries about the safety of her grandchildren, Charlotte and Aidan “are not the same as black grandmothers.”

She invoked the words of 9-year-old Zianna Oliphant who spoke, through tears, to the Charlotte City Council on Monday. Oliphant joined Clinton at church with her family on Sunday.

“It makes my heart ache when kids like Zianna are going through this and trying to make sense of the absolutely senseless,” she said. “Because my grandchildren are white, because they are the grandchildren of a former President and Secretary of State, let’s be honest here, they won’t face the kind of fear that we heard from the young children testifying before the City Council.”

Clinton argued that “every child deserves the same sense of security” and called for complete reform of the criminal justice system and for greater investment in impoverished communities. Without mentioning Donald Trump’s name, she implied that his approach to violence in black communities isn’t enough​.

“There are some out there who see this as a moment to fan the flames of resentment and division, who want to exploit people’s fears, even though it means tearing our nation even further apart,” Clinton said. “They say that all of our problems would be solved simply by more law and order, as if the systemic racism plaguing our country doesn’t exist.”

“But we also need justice and dignity and equality and we can have both,” she said. “This is not an either-or question for America.”

Clinton’s visit to Charlotte on Sunday also marked her fourth visit to North Carolina in the last month as her campaign carves a path for her through the battleground states. A CBS News poll released last month showed Clinton ahead of Trump in the state by four points.