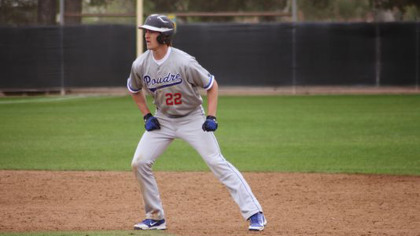 DENVER --A young man has died in Larimer County, Colorado, in the county's first confirmed plague case since 1999.

Authorities are still investigating the June 8 death. CBS Denver reports Taylor Gaes died on June 8, most likely from fleas on a dead rodent or other animal on the family acreage. Gaes was a 16-year-old high school athlete who played quarterback on the football team and was a starting pitcher in baseball.

The Larimer County Health Department said this is the first county resident confirmed to have contacted the plague since 1999. The agency is leading the investigation with help from experts from the U.S. Centers for Disease Control, the State Health Department and the coroner's office.

Officials say the family is reaching out to people who visited the home before the cause of death was known. There is a small chance that others could have been bitten by infected fleas.

Plague can spread through rodent populations in a localized area often resulting in mass animal "die-offs." The only animals with confirmed plague so far this year in Larimer County were in an area of Soapstone Natural area this is not open to the public, according to CBS Denver.

The plague killed millions of people in Europe in the Middle Ages in a series of outbreaks known as the Black Death. "Now, it's very rare, especially in the U.S. There are only about 7 to 10 cases a year, but it still exists," medical contributor Dr. Holly Phillips told "CBS This Morning." "Think of rodents in very rural states -- western states, southwest, ranches, farms -- that's likely what happened here."

The plague can be treated with antibiotics, but Phillips said that because it's so rare and early symptoms can resemble the flu, it may not be recognized in time.

The most common form of the disease, bubonic plague, accounts for about 80 percent of cases in humans. It causes painful swelling of the lymph nodes, fever and muscle aches, and as the bacteria multiply they can spread to the respiratory system and bloodstream.

A 7-year-old girl recovered from the plague after contracting it while camping in southwest Colorado last year. Her mother said may have been infected by insects near a dead squirrel she wanted to bury.

In recent decades, an average of seven human plague cases are reported each year nationwide according to the Centers for Disease Control and Prevention (CDC). Most human cases in the United States are scattered in rural areas and occur predominantly in two regions: