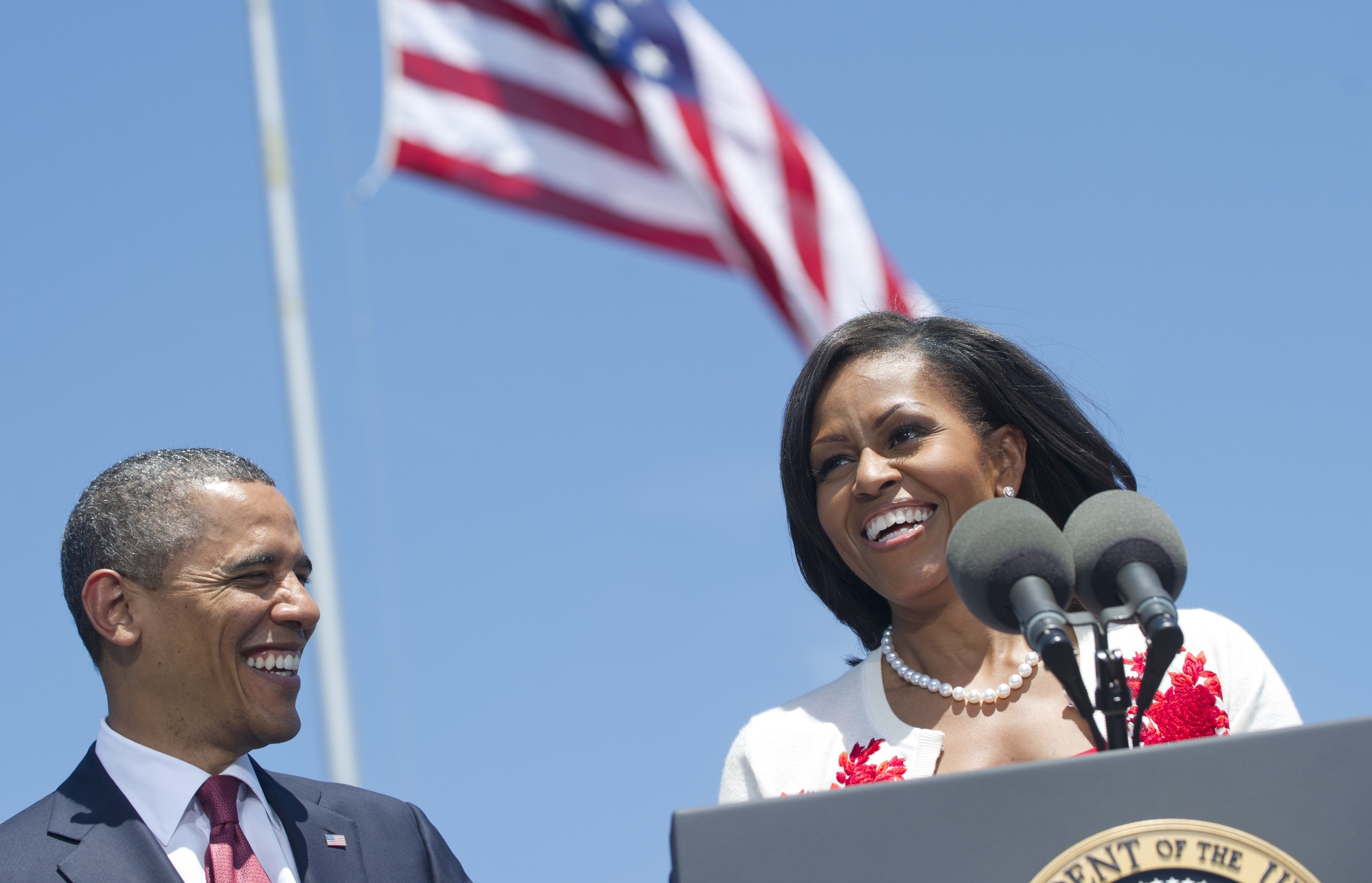 (CBS News) First Lady Michelle Obama headed West on Monday, swinging by Colorado and Arizona as part of a four-state tour that will include fundraisers and campaign appearances in Las Vegas and Albuquerque.

The early campaign appearances by Mrs. Obama - whose approval ratings eclipse her husband's and stand at nearly 70 percent -- are another indication that President Obama's re-election campaign will make a hard push this November to win Western states with growing Latino populations.

In Colorado Springs Monday, Michelle Obama delivered remarks at the opening ceremony of the 2012 Warrior Games, where more than 200 wounded service members will compete in sports like wheelchair basketball, sitting volleyball, swimming, archery and shooting. On Tuesday, she will meet with campaign volunteers in Nevada and speak at fundraisers in Las Vegas and Albuquerque.

Late last year, the Obama campaign briefed reporters on a so-called "Western" path to victory that would depend on winning in states like Colorado, Nevada, and New Mexico -- all of which are already considered key battlegrounds. With recent polls suggesting that Arizona, too, may be in play, a Western strategy has become increasingly attractive for Democrats.

A Rocky Mountain Poll released last week showed 42 percent of Arizona's registered voters supporting Mr. Obama in November, and 40 percent backing Romney. The president's slim edge is within the poll's margin of error, and the number of undecided voters remains high (eighteen percent), but the survey suggests the state may be in play.

One factor that will likely figure prominently in the battle over Arizona is the state's significant Latino population. According to the National Association of Latino Elected and Appointed Officials (NALEO) Educational Fund, 16 percent of voters in the state of Arizona are Latino, and Latino turnout in Arizona presidential elections grew 79 percent between 1996 and 2008. According to NALEO, the Latino population grew from 1.3 million to 1.9 million from 2000 to 2010, which accounted for nearly half (47.5 percent) of the state's population growth during the last decade. Recent polls show Mr. Obama leading Romney by as many as 47 points among Latinos.

Arizona is home to one of the nation's most controversial immigration bills, which presumptive Republican nominee Mitt Romney supports. Some have wondered if the Supreme Court decision on that immigration law, which is due to come out this summer just months ahead of the election, will serve as a mobilizing force for Latino voters.

"I think 2012 will be another chapter in how Latino voters will decide to participate in the election," Luis Heradia, executive director of the Arizona Democratic Party, told Hotsheet. "They are engaged they are paying attention like I have not seen before."

It's too early to know the extent to which Arizona is up for grabs. The GOP has dismissed this notion as a Democratic "mirage," and Romney so far has a fundraising edge over Mr. Obama in the state.

But in sending out some of their most popular surrogates - Vice President Joe Biden recently made a stop in the Sunshine State as well - Heradia believes national Democrats and Mr. Obama's re-election campaign are making clear they believe the state is within reach.

"I think they continue to see what we see on the ground - that voters are paying attention that they are supporting the president and that support could grow if they're in a relationship with our voters," he said.