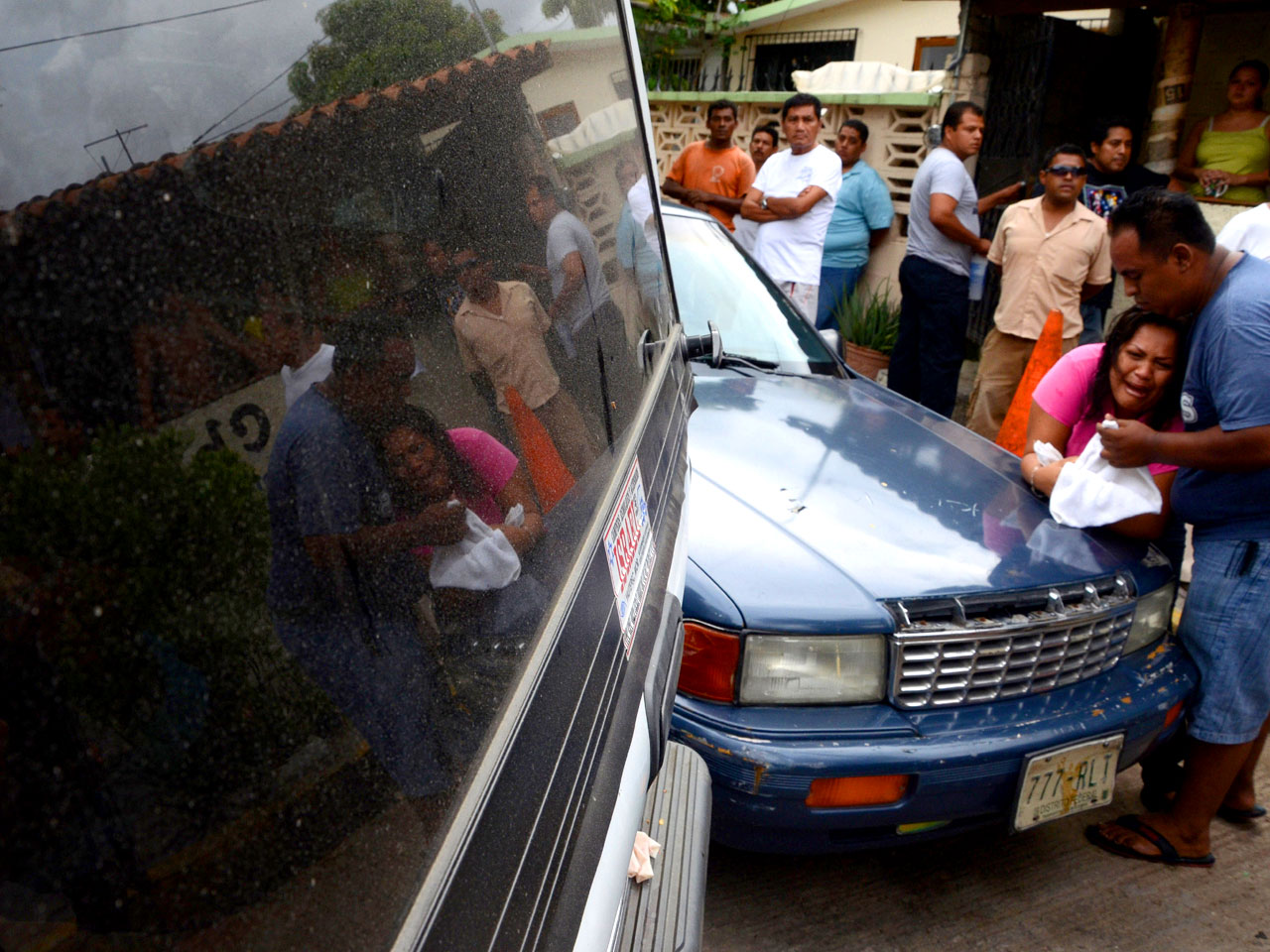 MEXICO CITY - Fighting among the Zetas gang and other vicious drug cartels led to the deaths of more than 40 people whose bodies were found in three Mexican cities over a 24-hour span, a government official said Saturday.

At least 20 people were killed and five injured when gunmen opened fire in a bar late Friday in the northern city of Monterrey, where the gang is fighting its former ally, the Gulf Cartel, said federal security spokesman Alejandro Poire.

Eleven bodies shot with high-powered rifles were found earlier Friday, piled near a water well on the outskirts of Mexico City, where the gang is fighting the Knights Templar, Poire said. That is an offshoot of the La Familia gang that has terrorized its home state of Michoacan.

Poire said an additional 10 people were found dead early Saturday in various parts of the northern city of Torreon, where the Zetas are fighting the Sinaloa cartel headed by Joaquin "El Chapo" Guzman.

"The violence is a product of this criminal rivalry ... surrounding the intent to control illegal activities in a community, and not the only the earnings that come with it, but also with transporting drugs to the United States," Poire said in a news conference.

Poire provided no more details on the killings in Torreon in the border state of Coahuila.

Coahuila state officials said the 10 bodies in Torreon had been mutilated and left in a sports-utility vehicle. Seven of the victims were men and three were women, and all had been killed several days earlier, said Fernando Olivas, a state prosecutor's representative in Torreon.

In Monterrey, 16 people died at the Sabino Gordo bar in the worst mass killing in memory in the northern industrial city, where violence has spiked since the Gulf and Zetas broke their alliance early last year. Four others died later at the hospital and five were injured, said Jorge Domene, security spokesman for the state of Nuevo Leon, where Monterrey is located.

Other downtown businesses closed earlier than usual after news of the massacre broke.

In Valle de Chalco, a working class suburb southeast of Mexico City, a man was found alive among the dumped bodies and was taken to a hospital, said Antonio Ortega, a spokesman for the Mexico State police.

He said some of the bodies were blindfolded and had their hands tied. Poire said one woman was found seriously injured.

State officials said police found another body nearby a few hours later but could not confirm it was related to the mass attack.

Ortega said he didn't know if the victims were shot at the scene or were taken to site.

The capital region has been largely spared the widespread drug violence that grips parts of Mexico.

But some poorer areas of the sprawling metropolis of 20 million people have begun to see killings and decapitations committed by street gangs that are remnants of splintered drug cartels.

In another incident allegedly involving Zetas, the Mexican Navy said Friday it rescued a former mayor of Reynosa, across from McAllen, Texas, who had been kidnapped along with his son. Four alleged Zeta members were arrested at the scene after an anonymous tip informed the navy of former Mayor Humberto Valdez's abduction Thursday, according to the Navy statement.

"The violence won't stop if we stop battling criminals," Poire said. "The violence will diminish as we accelerate our capacity to debilitate the gangs that produce it."

Federal authorities apprehended La Familia's alleged leader in late June, claiming the arrest was a debilitating blow to the gang. Jose de Jesus Mendez Vargas was alleged to be the last remaining head of the cartel, whose splinter group, the Knights Templar, continues to fight for control of areas La Familia once dominated.

Mexican authorities also arrested Jesus Enrique Rejon Aguilar, a co-founder of the Zetas drug cartel who is suspected of involvement in the February killing of a U.S. customs agent.