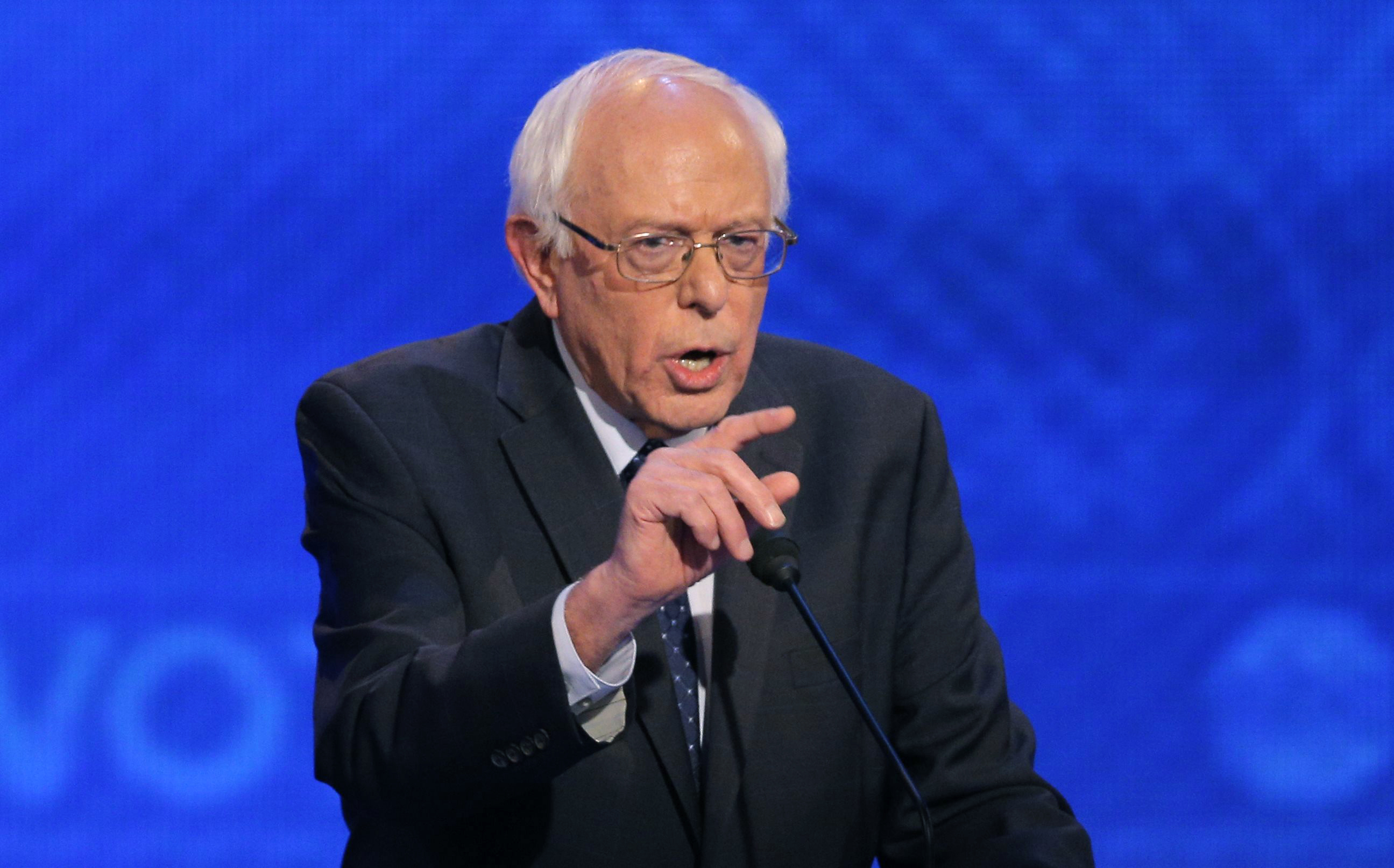 Sen. Bernie Sanders in Saturday night's Democratic debate attempted to defend his record on gun control -- an issue that has plagued him throughout the Democratic presidential primary. However, in doing so, he exaggerated the opposition he faced as a progressive lawmaker from the pro-gun state of Vermont.

Recalling his 1988 campaign to represent Vermont in the House of Representatives, Sanders said, "One candidate said, 'You know what, I don't think it's a great idea that we sell automatic weapons in this country that are used by the military to kill people very rapidly.' Gun people said, 'There were three candidates in the race, you vote for one of the others, but not Bernie Sanders.' I lost that election by three percentage points. Quite likely, for that reason."

In fact, automatic weapons are highly regulated and restricted in the U.S. and all but inaccessible to civilians.

But in the first Democratic debate, Sanders told a slightly different version of this anecdote, saying, "In 1988, I lost an election because I said we should not have assault weapons on the streets of America."

There is a little more to this story, however. According to the Washington Post, Sanders' support for an assault weapons ban was a key issue in his defeat in the House race, but after the NRA's chosen candidate Peter Smith was elected, Smith had a change of heart and signed on to an assault weapons ban. So, in 1990, in retaliation against Smith, the NRA threw its support to Sanders.

Sanders pointed out that gun ownership is prevalent in Vermont, as well as in New Hampshire, where the ABC debate was held.

"That's the right of people," he said. "But this is what I do believe. I believe that when we have some 300 million guns in this country, I believe that when we have seen these horrific mass killings, not only in San Bernardino, but in Colorado and movie theaters in Colorado, I think we have got to bring together the vast majority of the people who do in fact believe in sensible gun safety regulations."

Specifically, he mentioned rules to bar gun ownership among criminals and the mentally unstable, eliminating the gun show loophole, and ensuring "that weapons designed by the military to kill people are not in the hands of civilians."

The Democratic socialist said that "coming from a state that has virtually no gun control," he is in a unique position to bring Americans together on the divisive issue.

Sanders' defense of his record came after former Maryland Gov. Martin O'Malley criticized his record on the issue, pointing out that Sanders voted against the 1993 Brady Bill to expand federal background checks (Sanders did vote to expand background checks in 2013 in the wake of the Newtown, Connecticut mass shooting.) O'Malley also pointed out that Sanders in 2005 voted for a bill to shield the gun industry from lawsuits related to the criminal use of their products.

The former governor held up his own record in contrast, noting that he signed a combat assault weapons ban into law in Maryland.