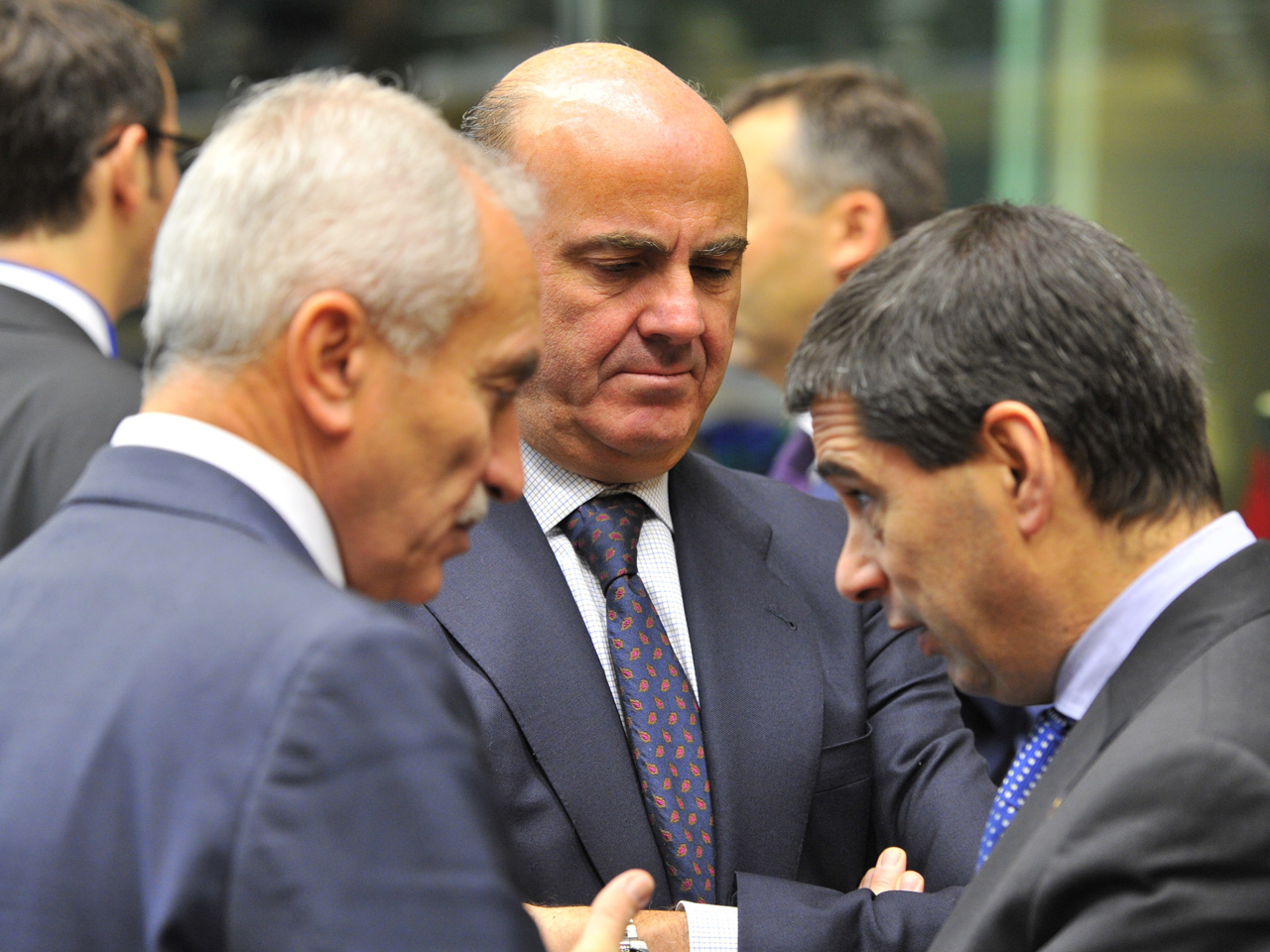 BRUSSELSEuropean Union finance ministers reached an agreement early Thursday to create a single supervisor for their banks - one of the most significant transfers of authority from national governments to regional authorities since the creation of the euro currency.

Under the deal, banks with more than $39 billion in assets supervised or those that represent a significant proportion of their national economies will be placed under the oversight of the European Central Bank.

The deal gives the ECB broad powers, including the ability to grant and withdraw banking licenses, investigate institutions, and financially sanction banks that don't follow the rules.

But perhaps most important is that it paves the way for Europe's rescue fund to directly rescue the continent's troubled banks.

"It's real progress that opens up interesting possibilities," said French Finance Minister Pierre Moscovici, without giving a specific date for when the first banks could seek direct aid.

That step is crucial because weak banks remain at the core of Europe's financial problems. Many are teetering on the brink of bankruptcy after the investments they made up in boom times plummeted in value. Some governments have stepped in to save their banks, only to worsen their own finances in the process.

European leaders want to shield troubled governments from the burden of supporting their banks. That would be a huge relief to countries like Spain, which are facing the prospect of taking on enormous debts - and worrying markets - in order to bail out their banks.

The magnitude of the deal was reflected in the in size of the fight: Concerns ranged from which banks would be covered to how the ECB would manage to insulate its monetary responsibilities from the new powers to how the deal would affect EU countries that chose not to submit their banks to the ECB's oversight.

This last point was a major contention: Countries that don't use the euro worried their voices in the body that creates banking regulation - the European Banking Authority - would be drowned out by the new euro-machine, particularly since countries with other currencies can opt into the supervision.

The EBA sets all of the rules that govern EU banking, and Britain, in particular - a non-euro country with Europe's largest banking sector - was nervous that the new supervision would mean all the banks under the ECB would vote together at the EBA, effectively steamrolling everyone else.

Ministers reached a compromise that ensures that measures can't pass in the EBA without at least some support from countries outside of the ECB's supervision.