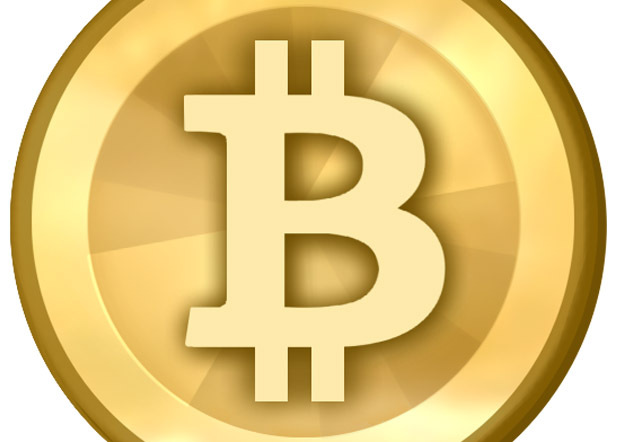 (MoneyWatch) Until last week, plenty of news stories were talking up the digital currency Bitcoin, created by anonymous engineers. It has been touted as the brave new world of Internet money, a pure "mathematical" medium of exchange with a barely changing supply, untouched by the corrupt hands of central bankers and the inevitable inflation they cause. You could use Bitcoins to buy lunch. Or a house.

Well, if you did want to buy a house using Bitcoins as your medium of exchange, it would have been best to arrange for a closing no later than Wednesday morning. Because later that day, when the value of one Bitcoin reached an all-time high of $266 to a U.S. dollar, the digital money took a swan-dive. By late Wednesday, if you were still committed to the transaction, your house would have cost you twice as much -- and even more if you had waited until the following day, because Bitcoins just kept losing value.

It's not exactly a case study in how to conduct a real estate transaction. Or even the purchase of a falafel sandwich. Bitcoin's sharp rise and fall, coming after stories about unwitting people pouring their life savings into the fledgling currency, has called its future prospects into question. And amid all the hype about a new type of alternative money, the Bitcoin story raises questions about what a currency is and why people do or don't trust it.

"There has been a lot of confusion about what money is," said Steve Hanke, a professor of applied economics at The Johns Hopkins University in Baltimore who has advised many countries on currency questions. Bitcoin "is a very speculative asset. One of the functions of money is a unit of account for future payments, like a mortgage payment, so if you've got a lot of instability it's a big problem."

Instability is putting it mildly. Owners of Bitcoins had already seen booms and crashes, but the rise last week was the big daddy of the new money's young life. Within 26 days, the value of one Bitcoin soared from a little over $40 to over $266, before turning tail and crashing to as low as $40 the next day. The move up was said to be tied to hot money getting out of Cyprus after the island nation last month clamped down on banks and confiscated deposits.

The move down? That was the typical pop and hiss as air leaves a balloon. Today, a Bitcoin was trading around $90.

The price of a Bitcoin had been rising more or less steadily in recent months, but the Matterhorn of price surges came as economic troubles in Cyprus reached a boiling point in mid-March, when regulators put out the word that they would be confiscating a percentage of people's bank accounts.

"There was a very high correlation between the trouble in Cyprus and the Bitcoin's surge," Hanke said. "The crisis starts developing, then you get a few stories arguing that if capital controls are put in place in Cyprus, people would move into Bitcoin -- that it would be a natural escape route."

Those predictions, Hanke noted, were not so accurate. "No one bothered to look at the where the money was coming from," he said. "It was all money from the United States and none from Cyprus. The expectation was that Bitcoin would be used, so people started buying capacity. And if the supply is fixed in stone, then it's a perfect storm for a huge price rise."

For devotees of Bitcoin, its finite supply is a key draw. The number of Bitcoins is growing slowly through so-called "mining," in which geeks with powerful computers can earn extra coins by answering challenging mathematical questions about Bitcoin's supply and demand. The supply of Bitcoin will stop growing entirely in 2040.

But that feature, as Hanke notes, becomes a liability when demand surges and sends the price of Bitcoin precipitously higher. Even without such a spike, a currency that grows ever more valuable will not be suitable for a medium of exchange. People then hoard the currency, rather than spend it, as they anticipate they will be able to buy more with their money in the future.

The enthusiasm for Bitcoin among many of its aficionados appears to overlap with another group that tends to mistrust fiat currency and the dictates of central bankers: goldbugs.

Dislike of the Federal Reserve's easy monetary policy has prompted investors and analysts in both camps to predict rampant inflation. While so far that hasn't materialized, those beliefs have helped fuel a dramatic rise in the price of gold, a traditional hedge against inflation. Perhaps coincidentally, gold prices had been falling for months, but suffered their own monumental plunge on Monday. Sites such as Zerohedge quickly claimed that the government had sabotaged the price of gold just as they had the price of Bitcoin.

"A core group of Bitcoin users are extreme libertarians who are similar to goldbugs," said Reuben Grinberg, a lawyer at Davis Polk & Wardwell who began writing about the legal and economic underpinnings of Bitcoin while he was in law school."They don't like government regulation and prefer anonymity, privacy and autonomy. They want to abolish the Federal Reserve and think central banks in general hurt the economy, and they also distrust the established financial system, including well-known financial intermediaries such as banks. For them, Bitcoin is a perfect embodiment of their ideals: no central government control over its supply and apparent anonymity, privacy and autonomy. Owning Bitcoins is a way of life for some of them."

Take for example, the libertarian Mercatus institute at George Mason University. Jerry Brito, a senior research fellow and head of the technology program there, said in a recent video on the center's site that "people who like liberty are going to be excited about" Bitcoin. One of the concept's main benefits, he said, "is this idea that the central authority doesn't control the money supply, so they can't just print more money, so your money is going to be more stable and your money is going to retain its value."

In an interview the day Bitcoin's price was collapsing, Brito backed off from the notion that it can serve as a stable store of value, but argued that there is a future for either Bitcoin or perhaps some other virtual currency that comes along to replace it. "It's revolutionary for lots of reasons," he said in an interview. "Among them is its anonymity, the difficulty of governments to control it and the absence of a central banker."

Brito and others cite the case of Wikileaks, which saw banks and other financial institutions launch a financial blockade to stop supporters from sending payments to the hacker organization.

But one man's liberty is another man's virtual corner drug deal, a fact which, like Bitcoin's price volatility, raises questions about its future. Experts agree that a large chunk of transactions using Bitcoin is illicit, involving the purchase of either drugs such as marijuana or psilocybin ordered over the Internet, and gambling. One possible response could come from governments that might seek to regulate the newfangled unit out of existence.

Governments, individuals and creators of rival currencies could also attack Bitcoin exchanges and owners through hacking, creating enough distrust that the currency would collapse and disappear.

So with all the volatility and uncertainty, what will the future likely hold for Bitcoin?

Grinberg, who attributes the dramatic rise and fall of Bitcoin's price to media attention that drew in a lot of unfortunate speculators, said he hopes its price stabilizes and that the new currency becomes entrenched and used for legal purposes. "There is inherent value, but there are a lot of hiccups and there is a lot of risk," he said. "I would never encourage an average investor to get into it. But I'm cautiously optimistic."

Hanke, who has advised governments from Argentina to Estonia on currency matters, has his doubts. "This industry is in its infancy with very few barriers to entry," he said. "The costs are low to produce something like a Bitcoin, and once that comes into the picture then you could get an alternative supply, and then the finite resource isn't so finite. But if it appears to be a viable challenger to state money, the governments will try to eliminate the challenger. It's very profitable for states to print money."

"The other alternative," Hanke added, "is it goes no place and becomes an interesting footnote in money and banking books."

Homelessness on the rise in some U.S. cities

10 cars you can keep for 10 years
Thanks for reading CBS NEWS.
Create your free account or log in
for more features.
View CBS News In
CBS News App Open
Chrome Safari Continue
Be the first to know
Get browser notifications for breaking news, live events, and exclusive reporting.