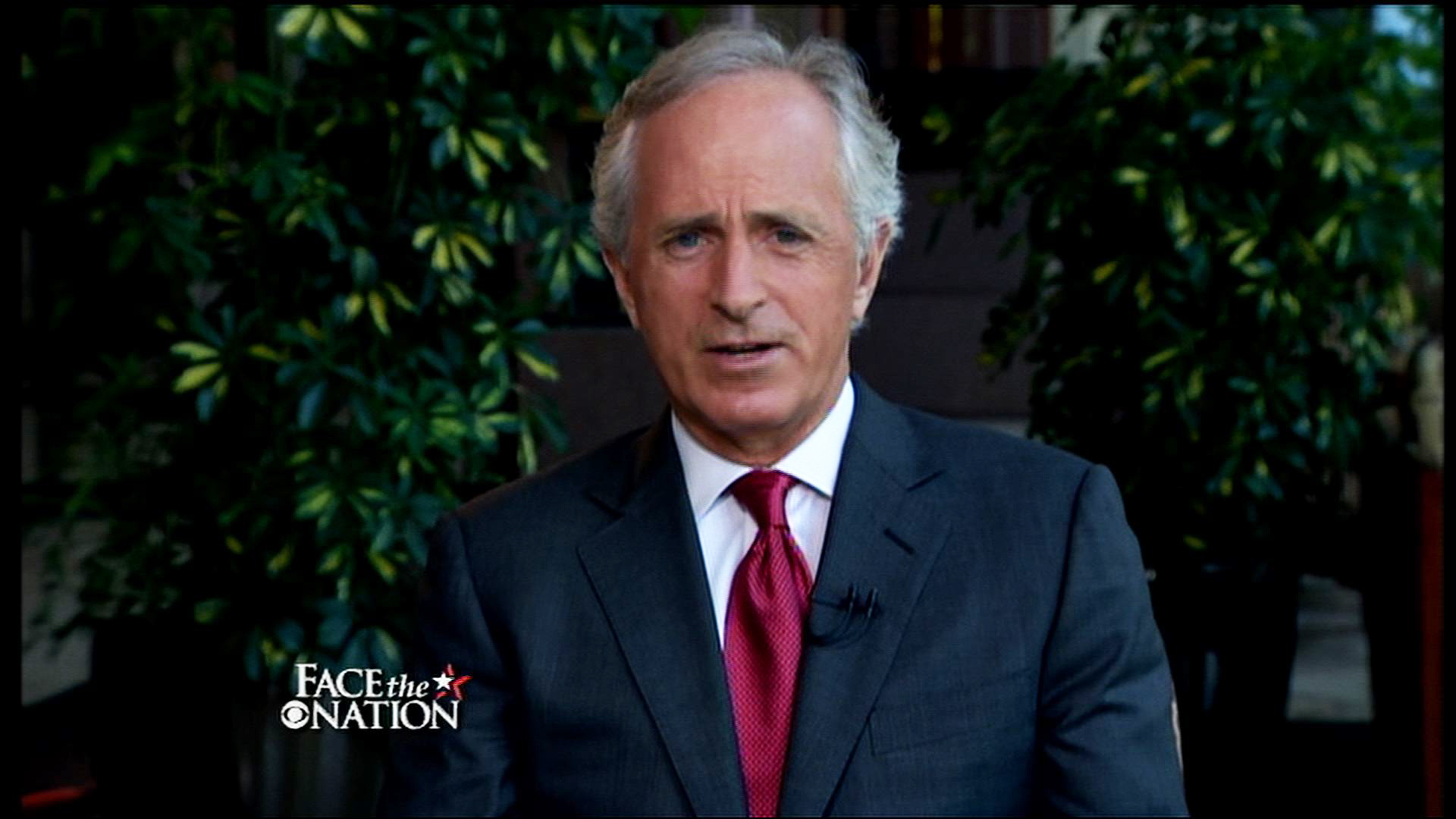 Updated at 2:30 p.m. ET: The original version of this story incorrectly stated that Sen. Bob Corker was a member of the Senate's "gang of eight."

(CBS News) A U.S. border security amendment that would cost tens of billions of dollars will ultimately pay for itself and then some, Sen. Bob Corker, R-Tenn., said Sunday on "Face the Nation."

Corker acknowledged that his co-sponsored "border surge amendment" would cost around $46 billion to construct a 700-mile fence and add 20,000 new border security officers. But, he predicted, it would be the ticket to putting to rest "any issue regarding border security" and winning over enough Republicans to surpass the 70-vote threshold this week on a comprehensive immigration reform bill.

Lawmakers who fancy themselves as fiscal hawks - "and I'll put my credentials up against anybody," Corker continued - should be scrambling to get behind the legislation.

"Over a ten-year period, you're gonna have a return of $197 billion without raising anybody's taxes that will reduce our deficit," he said, referring to a report out last week from the Congressional Budget Office.

Sen. Jeff Sessions, R-Ala., later on the program, though, predicted a different fate for the bill. "They said they had 70 votes last week," he said. "And then, all of a sudden, it started sinking when people learned more about it. I think if people find out this amendment does not accomplish what the sponsors believe it does, I think the bill could be back in trouble again."

Sessions said the 1,200-page Corker-Hoeven Amendment is too hefty to get through by the time the Senate votes on it Monday, but claimed its "promises of 20,000 agents... are not required until 2021," and that it contains a provision stipulating "that Secretary Napolitano does not have to build any fence that she chooses not to. And she's publicly said, 'We've had enough fencing.'"

Taking particular issue with the bill's pathway to citizenship for the 11 million undocumented immigrants currently living in the United States, Sessions grieved: "We're gonna have amnesty first, no enforcement in the future."

Indeed, the immigration debate creates "an extremely complicated political situation," USA Today's Susan Page observed during a panel later on the show, pointing to new findings in a USA Today/Pew Research Center poll that shows eight in 10 Americans endorse views on both sides of the issue.

Three of four people surveyed agree with arguments made by lawmakers who support the legislation, including that deporting undocumented workers isn't realistic, that granting them legal status would boost the U.S. economy, and that most are hardworking and deserve the chance to stay. Two-thirds, though, said they agree with those who oppose the bill that offering a route to citizenship would drain government services and inspire more foreigners to come to the United States illegally.