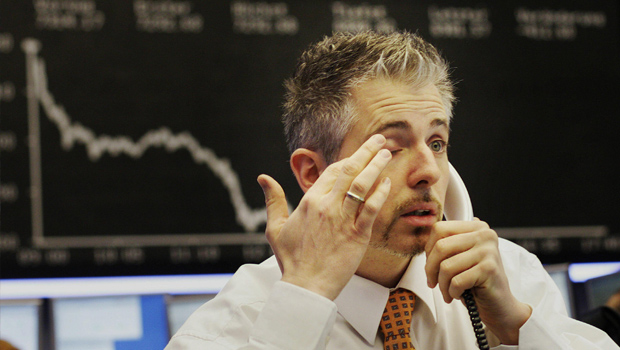 TOKYO Plagued by uncertainty and fresh setbacks, the world economy has weakened further and will grow more slowly over the next year, the International Monetary Fund says in its latest forecast.

Advanced economies are risking recession, the international lending organization said in a quarterly update of its World Economic Outlook, and the malaise is spreading to more dynamic emerging economies such as China.

The IMF forecasts that the world economy will expand 3.3 percent this year, down from the estimate of 3.5 percent growth it issued in July. Its forecast for growth in 2013 is 3.6 percent, down from 3.9 percent three months ago and 4.1 percent in April.

Underpinning that bleaker scenario are the assumptions that Europe will continue to ease monetary policy and that the U.S. will avert a crushing blow to growth by fending off a so-called "fiscal cliff" that could result from a failure to reach a compromise on its budget law and tax cuts.

Conditions could worsen if the United States doesn't deal with its budget crisis soon, the IMF said.

"Downside risks have increased and are considerable," the fund said. It said its forecasts are based "on critical policy action in the euro area and the United States, and it is very difficult to estimate the probability that this action will materialize."

The IMF has urged the U.S. to raise the ceiling on the level of debt the government can issue, which is capped by law. In August 2011, a battle between the Obama administration and Congress over raising the limit wasn't resolved until the U.S. almost defaulted on its debt.

Global efforts to ease credit and increase the amount of money available for lending are helping, but appear to be yielding diminishing returns, as are fiscal stimulus policies, the IMF warned.

"Because uncertainty is high, confidence is low, and financial sectors are weak, the significant fiscal achievements have been accompanied by disappointing growth or recessions," it said.

Among other things, it says governments need to do more to relieve the burden of household debt that is constraining spending power and thus crippling demand.

Fortifying domestic demand is all the more crucial given weakening trade trends. The IMF forecasts that growth in world trade volume will slump to 3.2 percent this year from 5.8 percent last year and 12.6 percent in 2010.

"Low growth and uncertainty in advanced economies are affecting emerging market and developing economies through both trade and financial channels, adding to homegrown weaknesses," the IMF's chief economist, Olivier Blanchard, said in a statement.

Among the 17 nations that use the euro, low growth in the major "core economies," such as Germany and France, will be offset by outright contractions in the smaller economies, leading real gross domestic product to fall by about 0.4 percent in 2012, the IMF said.

It forecasts growth in the euro area will stay flat in the first half of 2013 and tick up to about 1 percent in the second half of the year, the IMF said.

The report was released just ahead of the World Bank-IMF annual meeting, which is being held in Tokyo this week. The gathering of some 10,000 bankers, executives and officials will likely refocus attention on Japan's failure to escape its own economic slump two decades after its own financial implosion in the early 1990s.

The IMF said it expects growth in Japan to hit 2.2 percent this year but to slacken further as reconstruction from the March 2011 disasters winds down, falling to 1.2 percent in 2013.

Japan, whose population is both shrinking and aging faster than elsewhere, is confronting problems of high debt and stagnation, it said.

As usual, the bright spots are developing economies that were less affected by the global financial crisis, where rising employment and strong demand will help support growth, the IMF said.

China's economy will likely expand 7.8 percent this year, down from July's 8 percent forecast, though a pickup in construction projects is expected to spur growth late in the year. India's economy will grow 4.9 percent, down from 6.1 percent. And Brazil's growth will be only 1.5 percent, compared to 2.5 percent.

The IMF advised policymakers to devise stronger medium-term fiscal and structural reforms to shore up confidence in the growth potential of the advanced economies.

Only then, will investor confidence in markets and public debt be restored.

"Unless governments spell out how they intend to effect the necessary adjustment over the medium term, a cloud of uncertainty will continue to hang over the international economy, with downside risks for output and employment in the short term," it said.