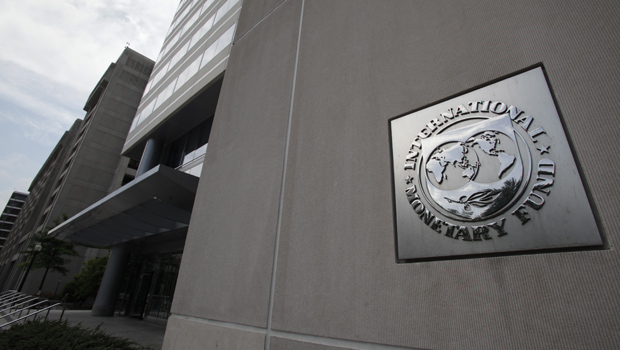 (MoneyWatch) The International Monetary Fund is predicting tougher times for both the U.S. and world economies, in part because of possible actions by the Federal Reserve.

In its latest quarterly World Economic Outlook report, the IMF cut its global growth outlook for 2013 and 2014 by 0.2 percentage points from the April report. The fund now expects this year's growth to be 3.1 percent and next year's, 3.8 percent.

The report said new risks had emerged since April in three areas.

The report says the threat to the major emerging-markets nations -- Brazil, Russia, India and China, known collectively as BRIC -- is from investors who continue to move funds from these countries to the U.S., where interest rates are rising. The rates are increasing as the Federal Reserve Bank continues to indicate it will slow or end its easy-cash policies. Last month, after Fed officials outlined a plan to end its quantitative easing, there was a significant outflow of cash from BRIC nations. IMF officials have publicly criticized the Fed for not being clearer about its exit plans. It wants the U.S. central bank to continue its $85 billion-a-month cash injections until at least the end of the year.

The IMF cut its forecast for overall emerging-markets growth by 0.3 percentage point, forecasting a rate of 5 percent this year and 5.4 percent in 2014. It said that growth rates in Brazil, China and Russia were likely to see the largest declines.

The global economy also faces challenges from the ongoing and expanding recession in the 17 countries that use the euro. The eurozone is now expected to contract by 0.6 percent this year, compared with the 0.4 percent decline predicted in April.

The IMF's numbers are notably more pessimistic about the U.S. economy than those from the White House. Yesterday the Office of Management and Budget projected that domestic GDP will expand in 2013 at an annual rate of 2 percent. That's down from the 2.3 percent rate that the Obama administration assumed in its annual budget in April. The OMB also reduced its forecast for growth in 2014 to 3.1 percent, down a tick from 3.2 percent.