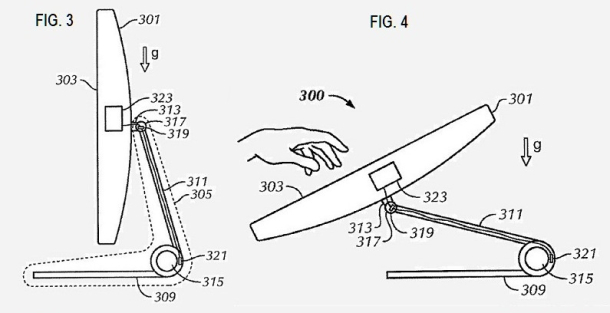 Apple's put a touch interface on so many of its other products, could an iMac be next?

If a patent application filed with the U.S. Patent and Trademark Office is any indication, the answer is possibly yes. Patently Apple, a blog that keeps tabs on Apple's USPTO filings, noticed an application on Monday that depicts a hinged-screen version of Apple's iMac desktop that has a touch-sensitive screen. The hinge appears to the computer to alternate between a traditional vertical desktop configuration and a flat, iPad-like surface when rocked back on its hinge.

Because this would be a desktop computer and a touch-screen device at the same time, it appears the user can choose whether to use the touch-focused iOS operation system from the iPhone and iPad, or the traditional Mac OSX desktop operating system. Moving between the OSes, according to the application, would be activated by touching specific areas of the iMac's screen.

The patent also describes how an accelerometer would be used for alternating between touch input and mouse/keyboard input when the device is in horizontal surface mode versus vertical desktop mode.

While it's true patent applications aren't always good indicators of actual products being developed, this one doesn't seem that much of a stretch. Touch-screen all-in-one desktops have been a great way for PC makers such as Hewlett-Packard, Dell, and Asus to reinvigorate desktop sales, a category of sales that was plummeting a few years ago, only to bounce back recently.

Plus, Apple applied for a similar patent on a touch-screen version of an iMac in July 2008, and Apple has managed to insert touch into a variety of its products, including the iPhone, iPod Touch, iPad, MacBooks, and most recently the Magic Trackpad.

This piece originally appeared on CNET 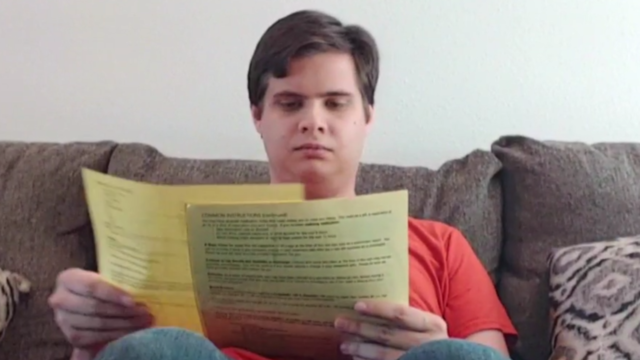