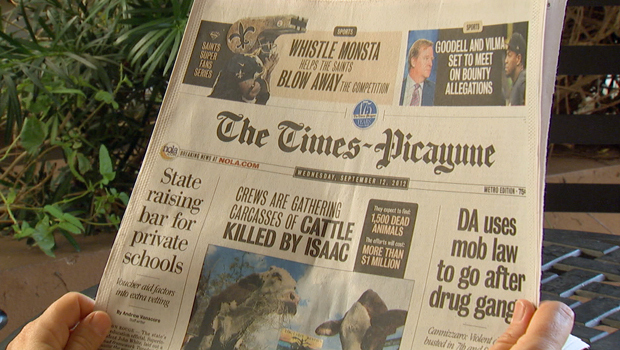 This week, scientists have found that lasers could eliminate a rat's cocaine habit, the White House wants to know what's going on in the human brain, and Philadelphia residents prepare to play a giant game of "Pong" on the side of the Cira Center.

Aside from those off-beat stories, this week we discovered Facebook chief executive officer Mark Zuckerberg's first website, the two Microsoft co-founders recreated a geek photo classic, and porn-trolling lawyers are hauled to court only to plead the Fifth.

Teenagers reading online news may be breaking the law, according to Justice Dept.

According to the U.S. Justice Department, teenagers could be prosecuted for reading news websites. The federal agency has previously stated that violating a website's terms of service can be treated as a criminal act, despite opposition from privacy groups.

Planned expansions of the Computer Fraud and Abuse Act (CFAA) would make it an offense to visit a website for a purpose other than the publisher's intentions. Many such websites adopt a 13-or-older approach -- even 18 years of age or above -- due to the requirements of the Children's Online Privacy Protection Act (COPPA), which restricts the collection of personal data of children under the age of 13. This has led many news sites to include a similar age policy to its terms of service.

As a result, says Techdirt, under the expanded interpretation of both the Bush and Obama administrations, it would "literally make it a crime for many kids to read the news online," says the Electronic Frontier Foundation.

CFAA came to prominence in recent months following the suicide of Web activist Aaron Swartz, who faced decades in jail after being charged with 11 counts under the act. Many activists have called for amendments to the law, dubbed "Aaron's Law."

In 1981, Microsoft co-founders Bill Gates and Paul Allenposed for a photograph to mark a deal that licensed MS-DOS to IBM, the first major deal for the then-small software maker.

It led to a rocket in computer users running the primitive form of Windows, while holding on to the software license. This ultimately led to Microsoft making billions of dollars in revenue in just a few years.

Thirty-two years later, the same photograph was recreated. In just a few minutes it received hundreds of retweets of the two computing pioneers posing around vintage computers from the 1980s.

Their porn-hunting enterprise led the law firm on a hunt for unique IP addresses of subscribers' accused of downloading copyrighted content. The accused were then sent letters demanding several thousand dollars from each, or face an implied or explicit threat that they would be taken to court for a great deal more.

Described as "trolls," they faced sanctions by the judge if they didn't show after previously failed to turn up to a March 11 hearing. But after just fifteen minutes of proceedings, the judge called time on the courtroom session with just two words: "We're done." Litigator and criminal defense attorney Ken White said in a recent blog post that in effect, lawyers conducting litigation before a court have refused to explain how that litigation was conducted on the grounds of self-incrimination.

White said: "Their invocation of their Fifth Amendment rights in the face of that order is utterly unprecedented in my experience as a lawyer."

Mark Zuckerberg has come a long way in his nine-year career at Facebook -- a company he founded while working out of his Harvard dormitory. This week, Hacker News reported that they had found Zuckerberg's first website, which he built when he was just 15 years old.

Donned with outdated Java plug-ins and fonts reminiscent of the 1990s, the page was a simple creation with just a few links and a page counter, a historic relic of the early Web days. And an old school website wouldn't be feature complete without an animated yellow blinking eye taking center stage on the 14-year-old site.

According to the page's code, "Mark Zuckerberg" created the site in 1999, while he was staying with his parents in New York. He now lives in Palo Alto, Calif. and is worth around $13.3 billion.

Anyone who drives to work in L.A. knows what a struggle it can be. In a bid to alleviate some of the pressure on the roads -- and the drivers who have to suffer with the commute twice a day -- the city has synchronized around 4,000 traffic lights, according to The New York Times.

Despite what it sounds like, it's not about slamming on the red signals all at once. Magnetic sensors on street corners can determine where congestion will take place, thanks to a centralized system. Signal timings can then be altered to speed up the traffic flow. The city's goal is to reduce travel time by 12 percent and travel speed by 16 percent. So far, average driving times have fallen -- by mere minutes, but it's better than what it was before.

For those who don't want to risk it, the city's subway still works.