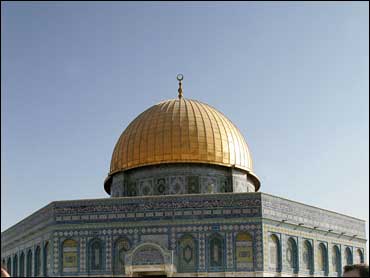 Israel is softening its position on Jerusalem, saying it is ready for compromise with the Palestinians.

CBS News correspondent Robert Berger reports Israel's deputy prime minister Haim Ramon says the Israeli government would support a division of Jerusalem. This would be a key component of an Israeli-Palestinian declaration to be made at an international peace conference in the U.S. this year. Under the plan, Israel would transfer many of the Arab neighborhoods in east Jerusalem to the Palestinians.

Opponents say this would bring Palestinian rocket and shooting attacks into Jewish neighborhoods of the capital.

It's one of the most contentious issues in the Mideast conflict. But the offer appeared to fall short of Palestinian calls for a full Israeli withdrawal from key areas of the holy city.

Also Monday, Israeli Prime Minister Ehud Olmert told parliament that peace would require Israel to make "costly" concessions and that the Palestinians give up part of their dreams.