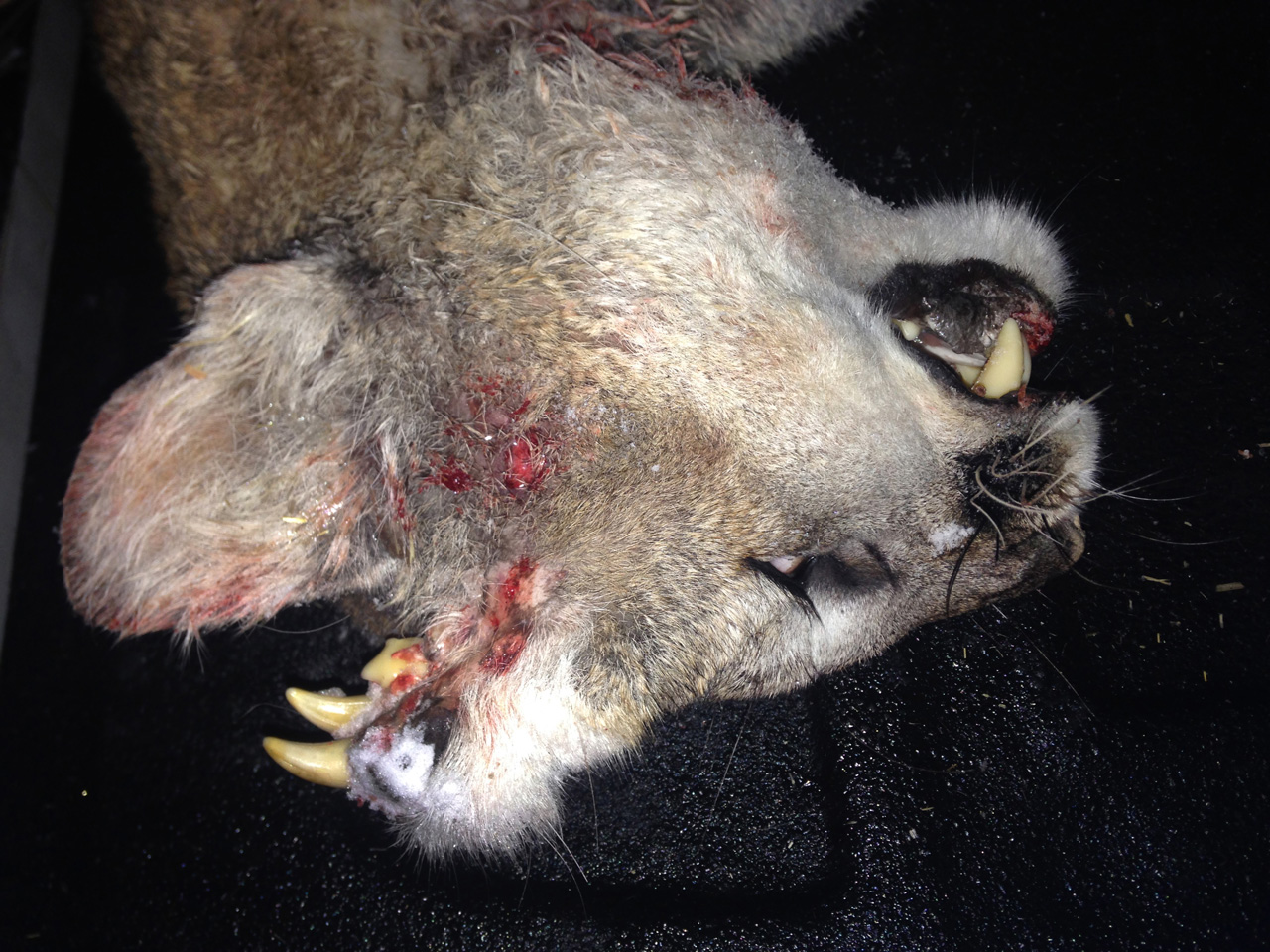 POCATELLO, Idaho - State wildlife biologists have been left puzzled over a mountain lion found with teeth growing out the side of its forehead in southeast Idaho near the Utah border.

Officials say the mountain lion was first spotted eight miles southwest of Preston just before the New Year attacking a dog on someone's property. The big cat escaped then, but left tracks for hunters to follow, according to KBOI.

A few hours after the attack, a hunter found the mountain lion with the "use of hounds" and killed it legally that day. Fish and Game workers said the dog survived the initial attack.

Biologist Zach Lockyer says the teeth were protruding from hard tissue on the left side of the mountain lion's forehead.

Biologists speculate the animal's deformity may possibly be the result of either a conjoined twin that died in the womb or a rare tumor. Another possibility is a teratoma tumor, which are tumors that allow teeth, hair, fingers and toes to grow, and are incredibly rare in humans and animals.

Fish and Game says it hopes the hunter will bring in the lion so they can further examine the lion.

Ahead of elections, states reject federal help to combat hackers