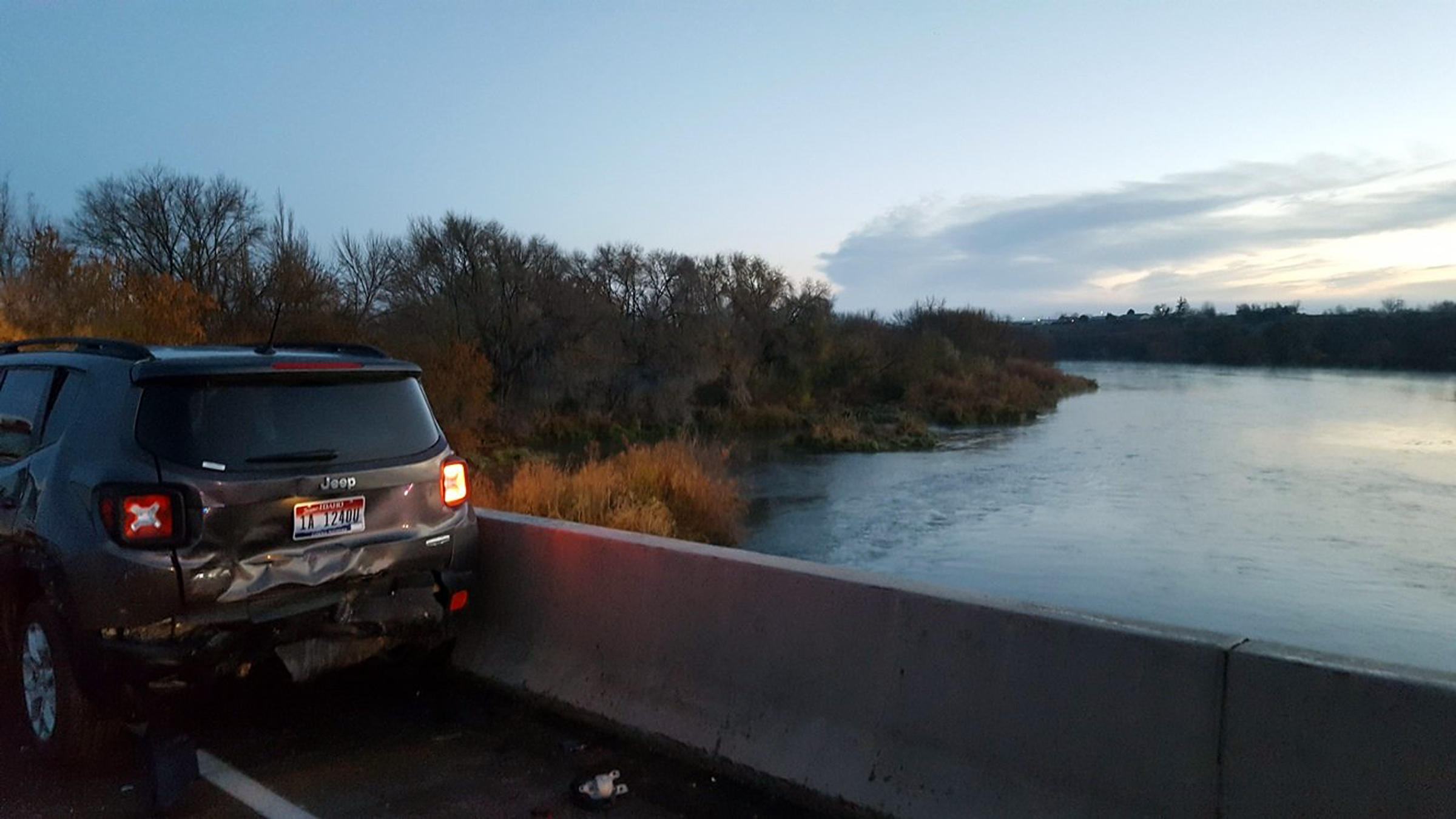 SALEM, Oregon -- An Idaho man not only survived being hit by a car on an icy interstate highway bridge but also a 50-foot-fall into a river and a swim through its frigid waters with a badly broken leg, authorities said.

Steven Arrasmith, 34, said the image in his mind of his 7-month-old son drove him to keep swimming for shore through the strong current in the Snake River in the dark.

He finally reached an island near the Oregon-Idaho border and awaited rescuers, unable to pull his legs and feet out of the water because of his broken left leg.

“Basically, when I hit the water I was, ‘Okay, I’ve got to get to shore,’” Arrasmith said in a telephone interview with The Associated Press as he awaited surgery in a hospital. “I was thinking about my son. I was wearing an Army field jacket and it weighed me down. I managed to get it off.”

“He’s very fortunate,” Fugate said. “In any of those events, he could have lost his life.”

This tale of survival started before dawn when the driver of a pickup truck lost control on a bridge on I-84 after hitting a patch of black ice, according to the Oregon State Police.

Arrasmith, of Mesa, who makes a two-hour commute each way to his new job with the Idaho Department of Juvenile Corrections in Nampa, said he saw the vehicle in the road and got out of his rented Jeep to make sure everyone inside was all right.

Another vehicle came barreling down the divided interstate and, hitting the ice, also lost control and crashed into the Jeep, which then struck Arrasmith, knocking him over a waist-high concrete-block barrier along the edge of the bridge, Arrasmith said.

“I tried to hang on, for about 10 seconds,” he said. Then he fell about 50 feet into the river, according to the highway patrol. Instead of panicking, he coldly calculated where he was and what he needed to do.

“I am familiar with the Snake River, and I know in that section it has a northwest flow,” Arrasmith said. “I was lucky enough to fall feet first, so I was able to orient myself really quickly. There’s Oregon. Just continue west. My main concern was, get out of the water and the wet clothes, because the outside temperature was 36 degrees.”

He calculates that he was in the water fully submerged except for his head for five to 10 minutes then another hour with his legs in the water until rescuers waded over from shore. The state police say the responders were drawn by Arrasmith’s shouts.

“The main thing is, I wanted to see my son and that’s what drove me to get to shore,” he said. “The broken leg was quite a hindrance; I was kicking with my leg but my leg was just flopping around.”

“You do what you have to do to make it home,” he told CBS affiliate KBOI.

“The worst part is I lost my glasses in the river,” Arrasmith said. “I can’t drive without them.”