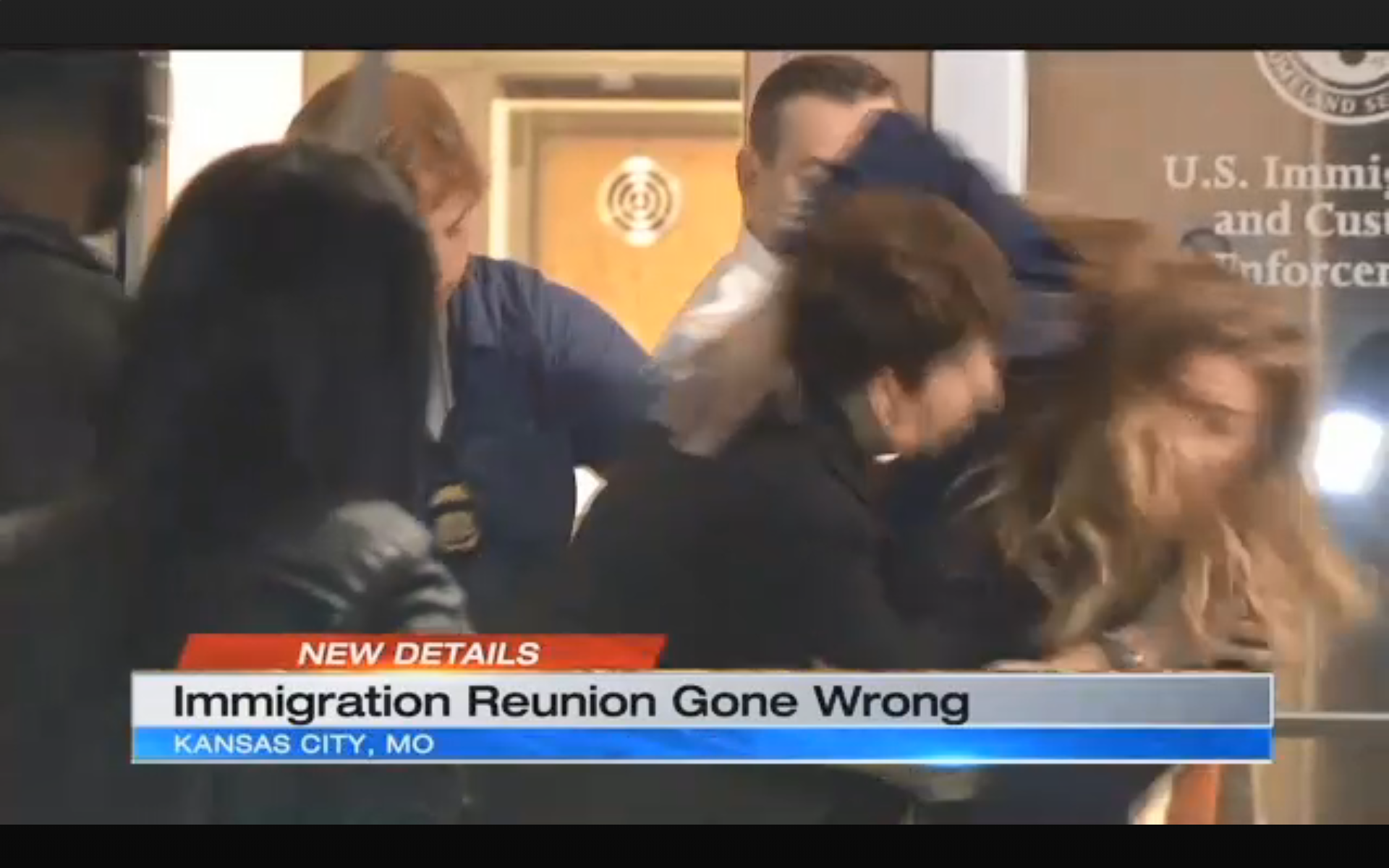 KANSAS CITY, Mo. - The Immigration and Customs Enforcement agency has announced it is investigating an attorney's claim that she was pushed by an ICE agent and suffered a broken foot while attempting to reunite a Honduran woman with her three-year-old son Tuesday. CBS affiliate KCTV reports that the incident occurred while attorneys were waiting to reunite Kenia Bautista and her son, Noah, who had been separated for more than a month after being detained following a traffic stop north of Kansas City.

Immigration attorney Andrea Martinez said her foot was fractured during the scuffle.

"I never, ever thought in my career as an immigration lawyer that I would have a physical assault by an ICE officer," Martinez told KCTV.

"Early this morning an incident occurred at the Kansas City ICE office while ICE ERO officers were attempting to reunite a mother with a family member. We take any allegations against ICE personnel very seriously and are looking into the matter. Until a review of the documentary evidence is completed, ICE can issue no further public comment on the matter."

"Shocked that I would get hit in the face and my colleague would be pushed down," said attorney Megan Galicia. "I mean these are people that we have a relationship with and work with every day representing all kinds of clients. I think they're just mad."

According to the station, Bautista and her son were separated in May after a car in which they were riding was pulled over by the Missouri Highway Patrol. During the stop, police reportedly discovered both were in the United States illegally.

Bautista, now six months pregnant, reportedly fled to the U.S. to escape an abusive relationship in Honduras, where she feared for her life and the life of her son. But according to a recent Justice Department ruling, domestic violence is no longer considered grounds to seek asylum.

Bautista's attorneys have appealed to the decision to have the mother and son deported.