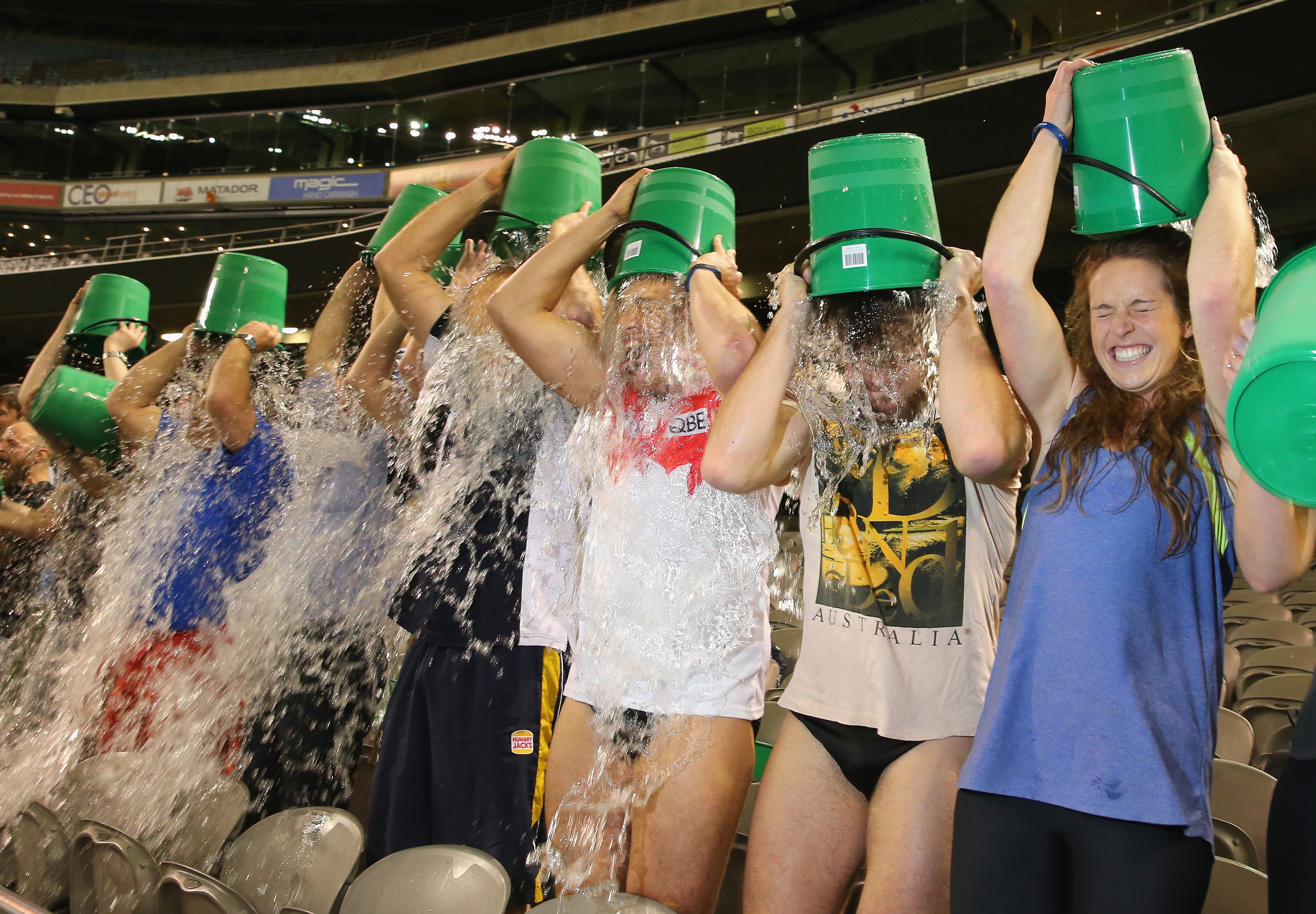 The ALS Association is crediting money raised through the Ice Bucket Challenge for the discovery of a gene's connection to the progressive, fatal disease.

The viral fundraising campaign raised more than $100 million for the association. At its peak in 2014, Facebook filled up with videos of people allowing buckets of ice water to be dumped on their heads to raise awareness of ALS. Some of that money helped fund a global effort called Project MinE to help find genetic drivers of ALS, or amyotrophic lateral sclerosis, also known as Lou Gehrig's disease.

The ALS association says a paper published this week in the journal Nature Genetics reveals Project MinE researchers have identified the NEK1 gene's connection to ALS. Understanding the gene's role will help in developing new target therapy for ALS, experts say.

"Global collaboration among scientists, which was really made possible by ALS Ice Bucket Challenge donations, led to this important discovery," one of the lead researchers, John Landers, Ph.D., of University of Massachusetts Medical School in Worcester, Massachusetts, said in a statement. "It is a prime example of the success that can come from the combined efforts of so many people, all dedicated to finding the causes of ALS. This kind of collaborative study is, more and more, where the field is headed."

ALS is a progressive neurodegenerative disease that damages nerve cells in the brain and spinal cord. As the cells break down, muscle functionality wanes until eventually those living with ALS lose the ability to control all muscle movement. This leads total paralysis, and most patients die within two to five years of diagnosis.

Last year, another group of scientists credited funding from the Ice Bucket Challenge for a discovery they made regarding a dysfunctional protein in ALS patients called TDP-43. In a preliminary study done in mice, researchers from Johns Hopkins found that replacing the protein -- which breaks down and kills the body's cells -- with another protein specially designed to mimic TDP-43 revives the cells back to life.

In a Reddit "Ask Me Anything," researcher Jonathan Ling said he believed the discovery could one day lead to a treatment. He also addressed critics who claimed the Ice Bucket Challenge was a waste of time or nothing more than "hashtag activism."

"I assure you that this is absolutely false," he wrote on Reddit. "All of your donations have been amazingly helpful and we have been working tirelessly to find a cure. With the amount of money that the ice bucket challenge raised, I feel that there's a lot of hope and optimism now for real, meaningful therapies."