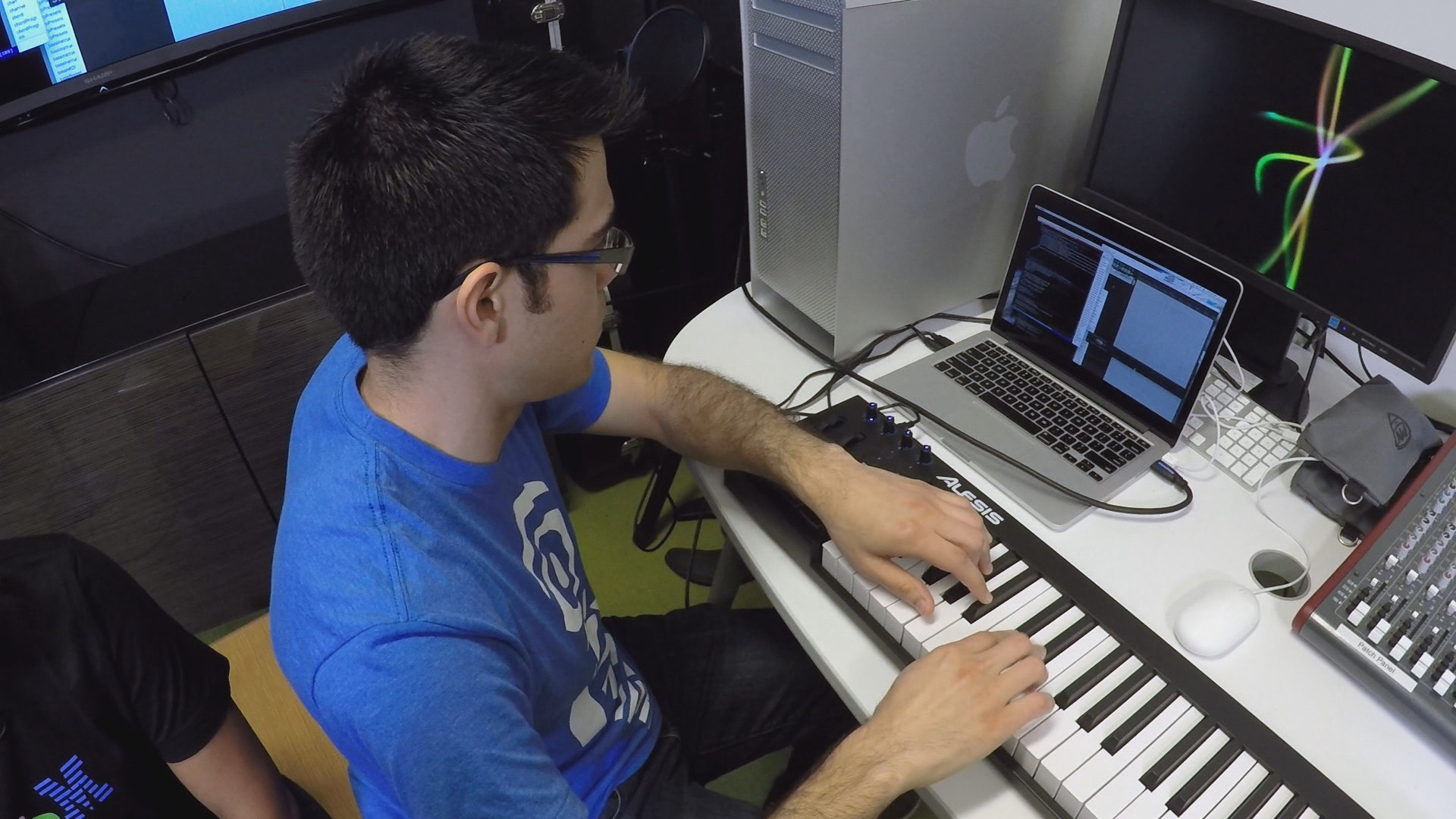 IBM's "Watson" is a supercomputer learning to process human languages. In 2011, it defeated two human competitors on "Jeopardy," proving it could out-think people. But can it match humans' creativity?

Watson's next frontier is the universal language of music. It is listening, then writing an original song tailored to a specific mood, reports CBS News correspondent Manuel Bojorquez.

"So it listens to this piece and it deconstructs this piece of music, learns from it, and gets inspired by it," explained computer scientist Janani Mukundan, who built the Watson Beat program at IBM's Austin, Texas campus. "And then it adds on top of it, the layer of emotion that you want it to portray."

Musician Richard Daskas is teaching Watson to convey emotions by training it to recognize human patterns. Happy or upbeat songs are more likely to be based on major chords. Sad is typically expressed in a minor key.

There are some limitations, and Daskas admits, "To some degree... we can only take it so far." But he said the technology is revolutionary.

"For sure. I mean, this is kind of the cutting edge of music," Daskas said.

Music has been moving into the digital age for decades. Technology has created more efficient recording methods and spawned an entire genre of computer-generated beats.

But Watson's songs are the first digital works based on mood and, according to Watson's chief technology officer, could even outdo humans. Researchers hope anyone will be able to use Watson Beat just by opening an app.

"Watson Beat is not constrained by normal human biases, and those biases can actually get in our way," said Rob High.

But in Austin, the live music capital of the world, bias is the basis for just about every piece of music you hear. Rob Lowe and Michael Muller write songs in the band "Balmorhea." They said their music is made up of their personalities and personal stories.

"I think because it is really made up of that... What else is there really?" Lowe said. "I think that what we love about art is feeling something or feeling connected to another person whose experience may be different than ours. And that's not something that I think that a computer can do on its own."

The musicians believe computers cannot replace humans as composers and creators of music.

"Nothing's going to replace humans and our human creativity," High said. "But certainly we can be augmented."

Watson is learning to process massive amounts of data -- medical compounds, legal briefs, even recipes -- faster than the human brain. But its new grasp on human emotions in music could be a breakthrough in the race to perfect artificial intelligence.

"The new realm of AI is all about teaching computers to be creative. And music is the most creative language that everyone can understand," Mukundan said.

One of the greatest mysteries in aviation might soon be solved