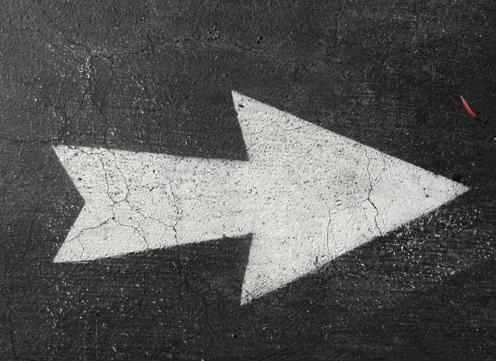 I have been with my company for five years. Recently, I was told my job as department head was being eliminated but that I was being offered a new job at the same pay band. This new position would eventually report into the new department head, who would be brought in one [compensation] band higher that my current job. I say this move is a demotion. If my department's new leader will be in a higher band that my current band, then my current job (which has an outdated job description) is under-ranked, and the new job they are offering me is a demotion.

I argued for severance instead. They provided a draft severance package and gave me a five-day time frame to review it, after which the offer would be off the table. They have since relented by giving a few more days and said my lawyer can contact their lawyer if more time is needed.

If I do not accept the severance package (a low-ball offer compared to their severance policy, which they claim I don't qualify for because the new job I was offered is in the same pay band) and do not accept the new job, they will treat it as a resignation (documented in an email from HR). I have told them verbally that I will not resign. Is it possible to resign by refusing to accept a new job? To me, that seems more like a firing. Incidentally, I am in my 40s, female and black. Suggestions?

Note: In a email from HR, my company stated that I, as department head, am not doing the work the new head will be doing and that I am not qualified for the new head position. However, despite my asking, they have refused to show me the job description, objectives or qualifications for that new position.

First, let's talk legalities. Except in rare cases, companies are under no obligation to give severance. They are obligated to make decisions about severance without regard to race, gender or age. But just because you are a middle-aged black female doesn't mean you were discriminated against in this case.

Since you've said flat-out that you will not do the work the company is asking you to do (by refusing the transfer), you are effectively resigning. That's the very definition of resigning -- saying, "I refuse to do the work!" Technically, it's also not a demotion if your pay and salary band remain the same. It's a lateral transfer.

Now let's talk about whether what is happening to you is fair. Your job description is out of date. This, I believe, as job descriptions tend to only be accurate for about 15 minutes. Does this mean that you should be in a higher pay band? Not necessarily. Pay bands are often large enough to accommodate a wide range of performance and responsibility.

Does the fact that your company is hiring someone to replace you at higher pay mean that you should have been in that band to begin with? No. Companies often decide they want to go a different direction, which of course means they need leadership with different skills. Hiring people is a huge pain, so I can almost guarantee that the powers that be sat down and looked at your skills and evaluated whether or not you had what it would take to make the changes that needed to be made. And their answer, as evidenced by the email HR sent to you, was no, you don't have what it takes.

People often think they have skills that, in fact, they don't (or that the company may not perceive). And even if they do have those skills and management just hasn't perceived them, at that point it's too late to try persuading them that they're wrong. The decision has already been made. When you're already hostile, meanwhile, having them say, "Well we need someone who can show better leadership," won't result in you saying, "Oh yes, I do lack leadership skills."

I know this can be devastating. It's like a slap in the face to be told that you will no longer be leading the department and will report to some yet-to-be-hired person who will. Still, the company is well within its rights to transfer you to a new position. And your refusing to accept that job constitutes a resignation.

Given your rejection of the position, the company has agreed to pay you some amount of severance. It's good to have a lawyer on your side in these discussions, but don't expect a financial windfall. It's probably too late to go back now, so move forward with the severance negotiations. For future reference, it may be helpful to recognize that a lateral transfer is not insulting, and you're almost always better off keeping a job while you look for new employment rather than taking severance and leaving.

One thing to ask is that the company not oppose your collecting unemployment benefits. That may or may not come to pass, but it's worth asking for.

Why your company wants you to resign
Do you have to sign termination papers?
Why your HR department is unfair