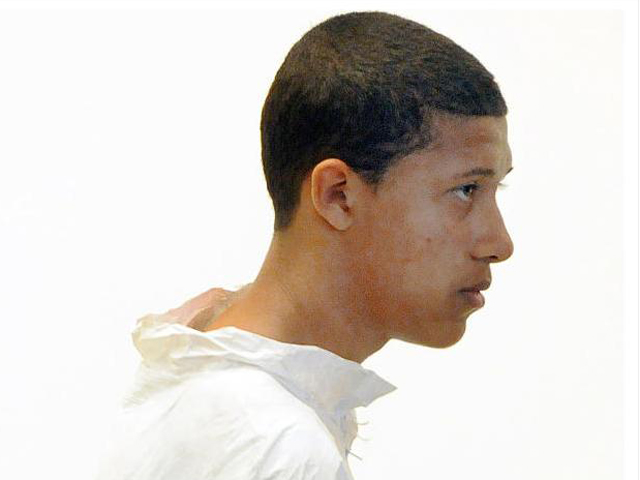 DANVERS, Mass. – Investigators found blood-soaked gloves and a note near the body of slain Mass. high school teacher Colleen Ritzer, which read, “I hate you all,” according to newly released court documents.

Ritzer, 24, was found dead on Oct. 22 in the woods near Danvers High School in Danvers, Mass., where she taught. Authorities have charged Philip Chism, a 14-year-old student of Ritzer’s, with murder, aggravated rape and armed robbery in connection with her death.

Court documents released Friday shed new light on the case and indicate the crime may have been planned in advance.

Chism came to school the day of the murder with a box cutter, a ski mask and multiple changes of clothing, according to the documents.

A student whose name was concealed in the document told police that on the day of the killing, she had stayed for extra help after class and heard Ritzer and Chism talking.

Ritzer was overheard mentioning Tennessee, where Chism had reportedly recently moved to Danvers from, and Chism appeared upset, but the teacher didn’t appear to notice and kept talking about it, according to the documents. When Ritzer noticed he was upset, she changed the topic, but the student noticed Chism talking to himself, the documents say.

Surveillance video taken shortly after the reported conversation allegedly showed Chism wearing a hood and gloves as he followed Ritzer into the female student restroom.

An unidentified student walked into the women’s bathroom while the two were still in there, and abruptly exited, the documents also stated.

Ritzer was reported missing when she never returned home from school. Her body was later found in the woods, partly covered in leaves, and police said it appeared to be sexually positioned. Authorities say she had been sexually assaulted with a stick.

Chism, who had been spotted at a movie theater after the killing, was found walking along a highway in a neighboring town around 12:30 a.m.

A police officer looked in his backpack and found a bloodstained box cutter, according to the documents. When asked where it came from, Chism replied, “The girl.”

Chism also had Ritzer’s credit cards and driver’s license. He said he found them at a supermarket, then later said he got them out of Ritzer’s car.

Police questioned his mother, who told them that the family had recently moved from Tennessee after a stressful divorce.

Court records indicate Chism’s parents had difficulties early in their marriage. In a parenting plan included in 2001 divorce papers, his mother, Diana, insisted on supervising any time her husband, Stacy, had with their son and a younger daughter. She cited “prior physical and emotional abuse as well as alcohol abuse” by her husband. Both adults signed the papers.

The divorce was apparently never finalized after both parents signed an order stating they wanted to attempt to reconcile.

Shortly after the killing, Diana Chism released a statement through her son’s public defender saying she was heartbroken for Ritzer’s family.

Chism is being tried as an adult on the murder charge. He had pleaded not guilty and is being held without bail.