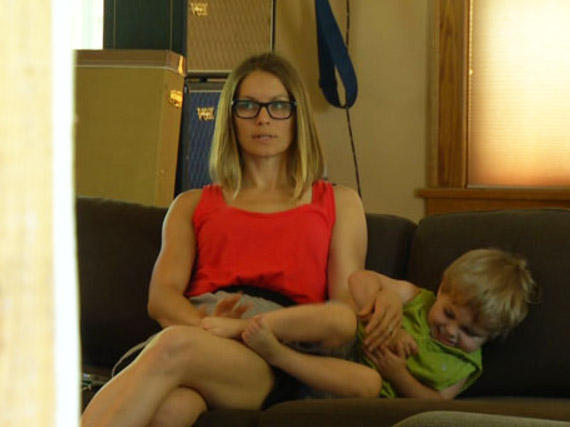 Nicole Harper says she had to get to the bathroom to urinate, but flight attendants wouldn't let her and instead complied with her request for a plastic cup to use. Then, she says, they shamed her, and told her they would report her.

Harper, a mother of two, says she has an overactive bladder. She says she was heading home from Houston with her family when she really had to use the restroom about a half-hour after takeoff.

"It's a little embarrassing to come forward," she admits.

United says it happened while the plane was already descending – when passengers must be seated with seatbelts fastened, per federal rules.

Harper says she thought she would "just get up and go to the bathroom really quick and go back to my seat."

She says a flight attendant told her to sit down.

"They started doing drink service, and other people getting up at this point," she said — including a first-class passenger, Harper notes.

Harper was ready for her turn when flight attendants told her the pilot was expecting turbulence.

Harper told the flight attendant she needed to use the restroom and it was urgent.

"She told me very rudely it was not allowed to get out of my seat," she recalled.

Harper was wearing a dress she could do a squat over the seat and just use a cup. She says she filled two cups with the help of her husband.

"I was thinking I was on 'Candid Camera' or being punked at this point," she said.

Harper says a flight attendant came back and told her to stand up and go empty her cups in the bathroom.

"She was basically reprimanding me and talking down to me through the aisle with other people listening," she said.

Harper says the flight attendant told her they would report her, the pilot would speak to her when the plane landed and the seats would all need to be cleaned by a biohazard team.

"There was just no customer service, no compassion," she says.

United insists that, "At no point during the flight did flight attendants suggest that Ms. Harper use cups instead of the lavatory. We have reached out to Ms. Harper to better understand what occurred."