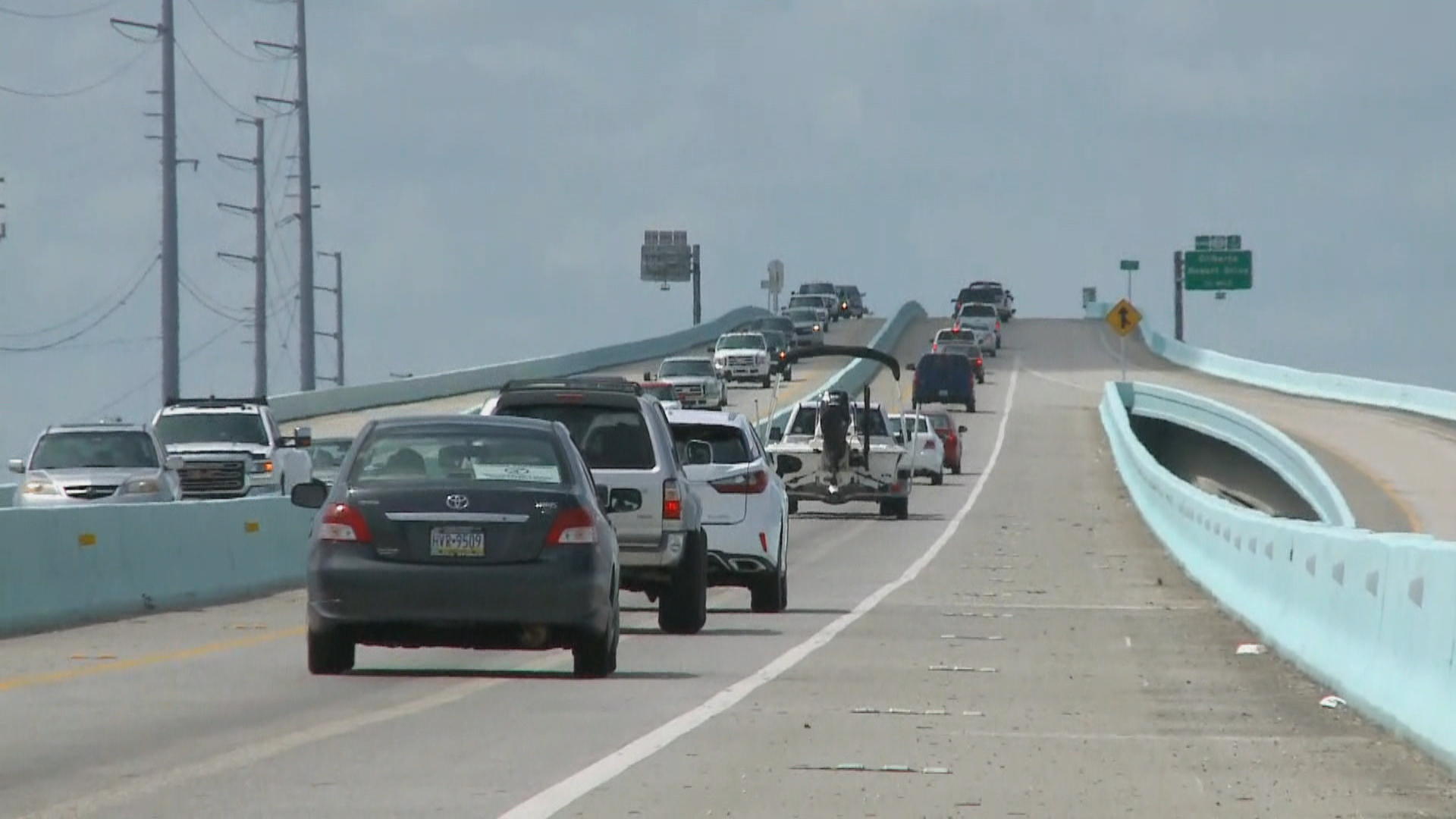 Hurricane Irma is expected to make a sharp turn toward Florida this weekend. Hurricane Wilma, 12 years ago, was the last big storm to hit Florida head-on. That Category 3 hurricane killed 23 people and caused around $20 billion in damage.While Irma is threatening all of the state, the low-lying islands of the Florida Keys could be swamped by a catastrophic storm surge.

"For the Florida Keys, if you were going to create the worst case scenario, that is what we are looking at," said Monroe County Emergency Management director Martin Senterfitt.

Elizabeth Prieto lives in the Keys. She is evacuating for the first time in 51 years.

As Hurricane Irma sets its sights on South Florida, officials in the Keys are sounding the alarm.

"We're emphatically telling people you must evacuate, you cannot afford to stay on an island with a Category 5 hurricane coming at you," Senterfitt said.

Many are listening. People are boarding up their homes and businesses, filling up their gas tanks and getting out of town.

Storm surge is especially a concern in the Keys, which are, on average, about six feet above sea level. The surge during Hurricane Irma has potential to be more than nine feet high.

"We could be looking at wave heights that could literally put the ocean over the islands," Senterfitt warned.

The Key West International Airport will close Wednesday night and all commercial flights will be canceled until further notice. For those who decide to ride out the storm here in the Keys, officials say there will be no shelters anywhere in Monroe County.