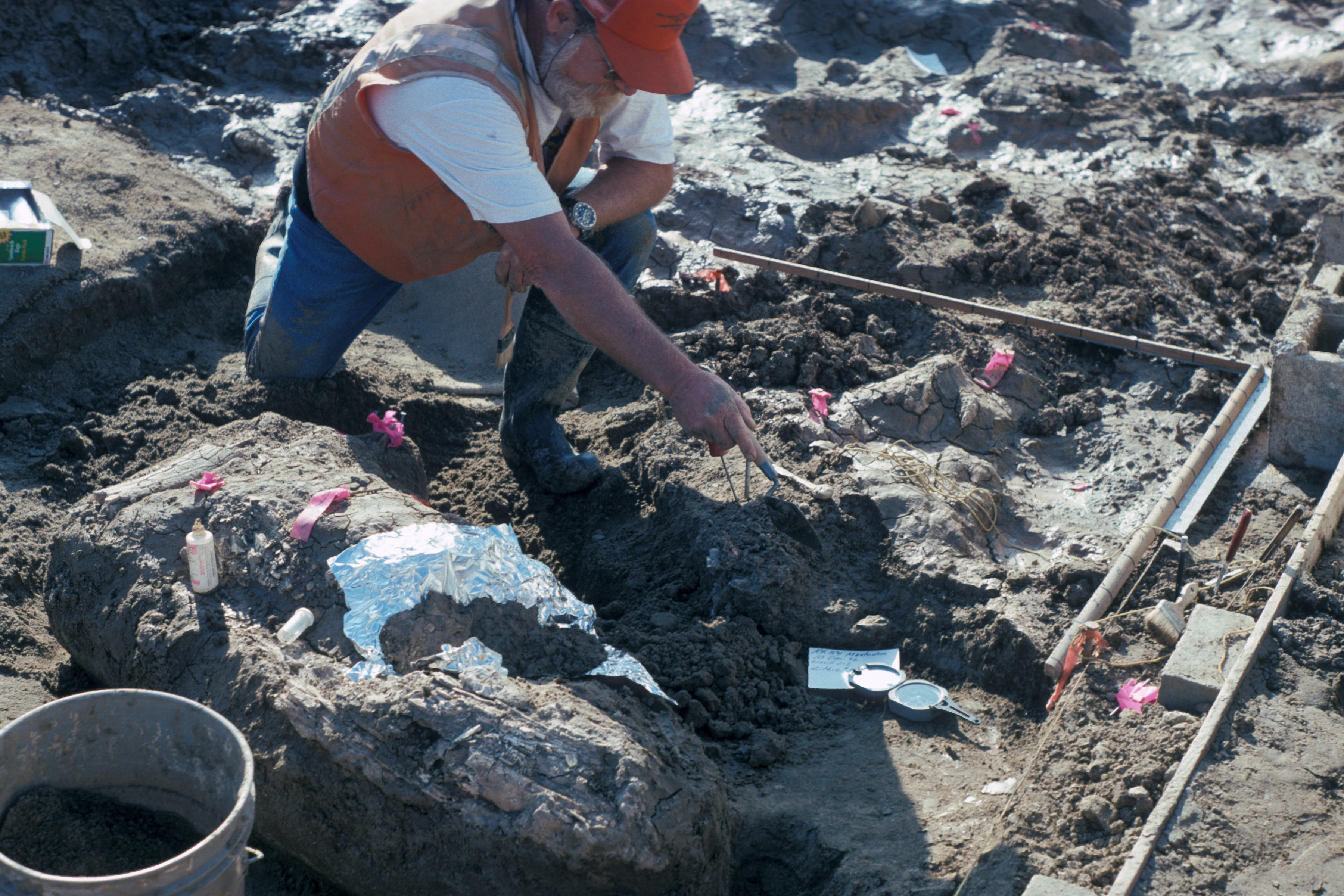 A hominid species may have lived in what is now California as long as 130,000 years ago — turning the record of early humans in North America upside down, according to a provocative paper published Wednesday in the journal Nature.

Scientists say an archaeological site in San Diego County shows tell-tale evidence of human behavior: specifically, bones and teeth of an elephant-like mastodon that appear to have been smashed with rocks. Uranium-thorium dating puts the bones at 130,000 years old, researchers said.

"What makes sense to us, even though it's out there, is the hypothesis that humans brought these rocks to the site, and that humans used these rocks to break bone," lead researcher and paleontologist Thomas Deméré of the San Diego Natural History Museum said in a statement.

Combining insights from paleontology and archaeology, Deméré and his team believe that early humans used this site to break up mastodon bones.

"The bones and several teeth show clear signs of having been deliberately broken by humans with manual dexterity and experiential knowledge," Dr. Steve Holen, director of research at the Center for American Paleolithic Research, said in a statement.

The team found no traces of human remain at the site.

If confirmed, the new signs of human activity would be 100,000 years earlier than the "broadly accepted date for the first occupation of the Americas," said researcher John McNabb of the University of Southhampton.

"The CM (Cerutti Mastodon) site is, to our knowledge, the oldest in situ, well-documented archaeological site in North America and, as such, substantially revises the timing of arrival of Homo into the Americas," researchers wrote.

The southern California site was first discovered during routine construction work to expand a freeway in 1992. Brought in to excavate, paleontologists found hammerstones, stone anvils, and the skeleton of a single mastodon. They placed the site within the early late Pleistocene epoch, but struggled to put a precise date on it at the time.

Now, the researchers are calling for further archaeological investigation to help expand our knowledge of the earliest human presence on the continent.

"Until we find a skeleton, at this site or at a site of a comparable age in the Americas, it's all open to speculation, and we just don't know," McNabb said.

How the phone became the center of digital life
Shanika Gunaratna