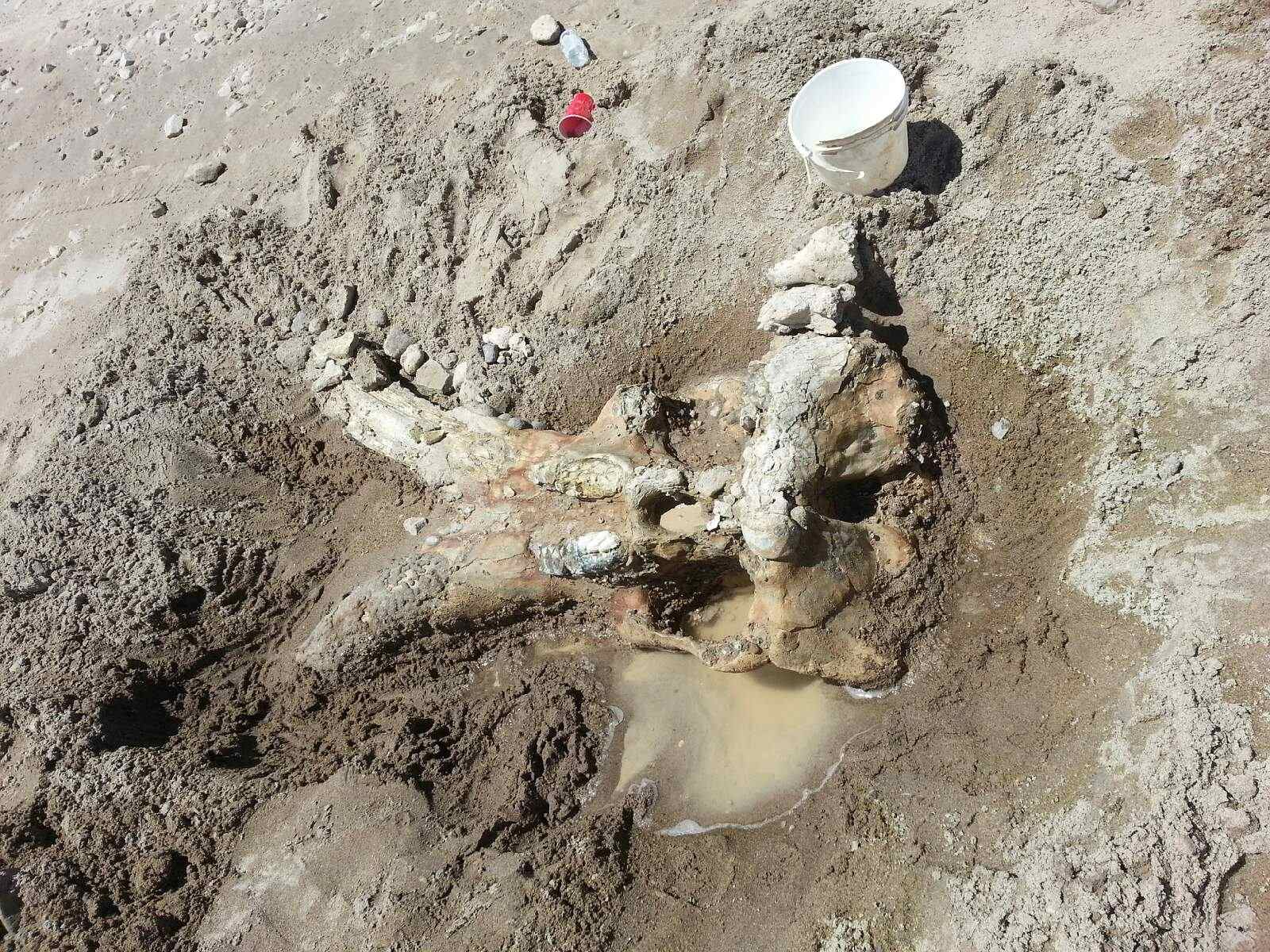 There are plenty of crazy things that can happen at a bachelor party, but stumbling across ancient fossils may be a first.

A stag group made the surprising discovery at Elephant Butte Lake State Park, about 150 miles south of Albuquerque, New Mexico.

"As we are cruising by we see a large tusk or what seems to be a large tusk coming out of the ground about a good three to four inches out," Antonio Gradillas told CBS affiliate KRQE News 13.

Gradillas and his friends started digging and found what appeared to be the giant remains of a prehistoric elephant skull.

They thought it was a woolly mammoth and sent pictures of it to the New Mexico Museum of Natural History and Science in Albuquerque.

Scientists there say it looked like a Stegomastodon, a 9-foot tall, 13,000 pound, prehistoric pachyderm that roamed New Mexico millions of years ago.

"He advised us that it may not be a woolly mammoth, it's the wrong era and weren't conducive to this area.... and chances are good it's a mastodon," Gradillas said.

The area has been blocked off so a small team of paleontologists can work on excavating the fossil.

"(The skull) looks virtually 100 percent complete, a very important scientific discovery that we may put on public display," said Gary Morgan, curator of paleontology at the museum.

It's believed to be one of the most complete mastodon skulls ever found in the U.S. Scientists say it's about 3 million years old.

He says he has not seen anything like this in his 30-year career . On Thursday he led an expedition to begin digging out the remains, located in a remote area ten miles north of a small city called Truth or Consequences.

Excavation could take up to six hours and requires a front-end loader. The skull may weigh up to 1,000 pound, given the fact it will be filled with sand.

Once it is dug out and covered with protective plaster, workers will move it to the New Mexico Museum of Natural History and Science, where experts will continue to clean it up and study it over the next several months.