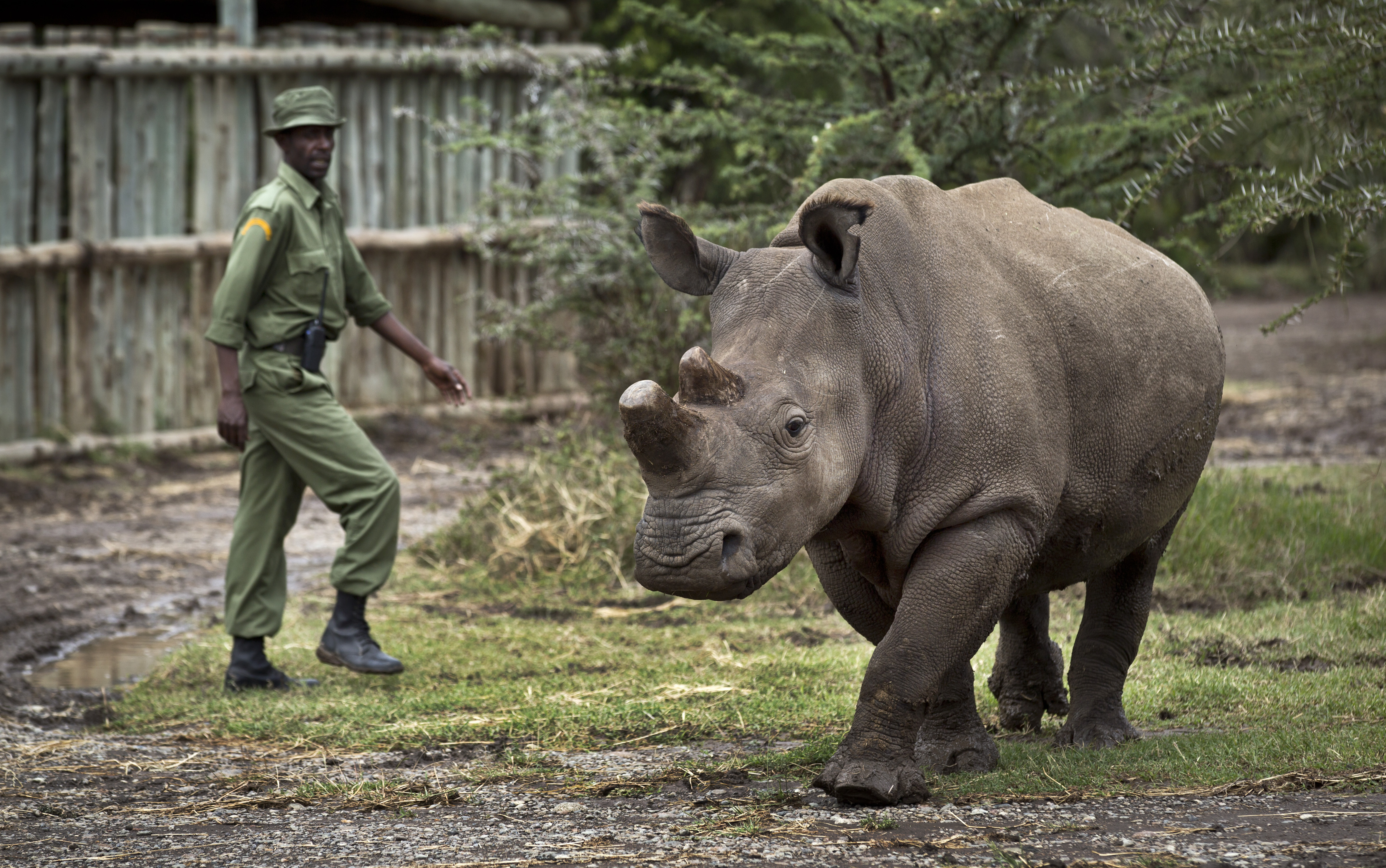 A mass extinction - the sixth of its kind in our 4.5-billion-year history - is well underway and humans are to blame.

That somber assessment comes from a new study Thursday in Science, which found that extinction rates over the last century were 114 times higher than they would have been if humans had not been around.

Fully 396 species have gone extinct in 100 years. Under normal conditions (that is, without the presence of humans) that loss should have taken 11,400 years.

The worst off were vertebrates, which lost 198 species, followed by 66 fish species, 57 bird species, 35 mammals and 32 amphibians. If the extinction definition is expanded to include species existing only in captivity or those possibly (but not confirmed to be) extinct, those numbers jump much higher - with 477 vertebrates gone, 158 fishes, 146 amphibians, 80 birds and 69 mammals.

Looking back 500 years, 676 total species have been lost.

"This is telling us the current extinction rate is similar to the five previous extinction episodes," Gerardo Ceballos, the lead author on the study who is from Instituto de Ecología at the Universidad Nacional Autónoma de México, said.

"We can confirm that we are entering the sixth extinction, the only one caused by humans. From what we know from the previous ones, it will have a massive impact on biodiversity," he said. "The previous mass extinction episodes took between 5 to 15 million years for life on Earth to recover. That is the kind of impact we are causing to biodiversity."

Five times, a vast majority of the world's life has been snuffed out in what have been called mass extinctions, often associated with giant meteor strikes, volcanic eruptions and abrupt changes in the climate. About 66 million years ago, one such extinction killed off the dinosaurs and three out of four species on Earth. Around 252 million years ago, the Great Dying snuffed out about 90 percent of the world's species.

The latest extinction - dubbed the sixth extinction by many scientists - is different because it has been mostly blamed on the misdeeds of humans. From pollution to deforestation to global warming, humans can be linked to most ills befalling the planet and its biodiversity.

"If you put together what we found plus other findings of other researchers, this seems to confirm unless we do something extremely different on the way we couple development and conservation, we may face a collapse in the next 40 or 50 years," Ceballos told CBS News. "We should take this new data as a big warning that what we are causing on biodiversity and the environment in general is going to affect us rather heavily."

Craig Hilton-Taylor , who is in charge of the Red List Unit for the International Union for Conservation of Nature, said the findings affirm what his group has been saying for years. The Red List is the most comprehensive, objective global approach for evaluating the conservation status of plant and animal species.

"Using the data from the IUCN Red List, we have been arguing for several years that the current extinction rates are much higher than those typical over the history of life on Earth, and are probably much too fast to be balanced by speciation," he said in an email interview.

"We have argued that the world is experiencing a net loss of species, at a rate not seen for millions of years, and that it can be attributed to the impacts of humans. Whether or not this will be the sixth mass extinction event depends on what we humans do about this and how fast we do so," he said.

University of Connecticut's Mark Urban, whose study in Science earlier this year found one in six species on the planet could face extinction due to the effects of climate change, praised the study for fine-tuning the background effects or natural extinction rates so that the projections are more accurate.

"Strikingly, the extinction rates have not only risen, but are accelerating upward. We are on the upswing of extinctions with no end yet in sight," Urban said.

"Undoubtedly, most extinctions have occurred as humans degrade natural habitats or hunt animals to extinction. However, even if we focus conservation efforts in these areas, we face a new and growing extinction threat from climate change. The threats are many, and the time is short."

The study author's acknowledged that "avoiding a true sixth mass extinction will require rapid, greatly intensified efforts to conserve already threatened species and to alleviate pressures on their populations."

But beyond singling out the causes and calling for action to reduce habit loss and overexploitation of resources, and to combat climate change, they don't offer any specific policy solutions to saving many of these species.

Ceballos only would say a start is bringing attention to the problem, something he said has been happening of late with President Obama and even Pope Francis calling for action on global warming ahead of international talks later this year in Paris.

"If we are aware of the problem and we act, the bottom line that it will be good for humans," Ceballos said. "As we see more impacts of the problems and more important people see that we need to act, I'm optimistic."