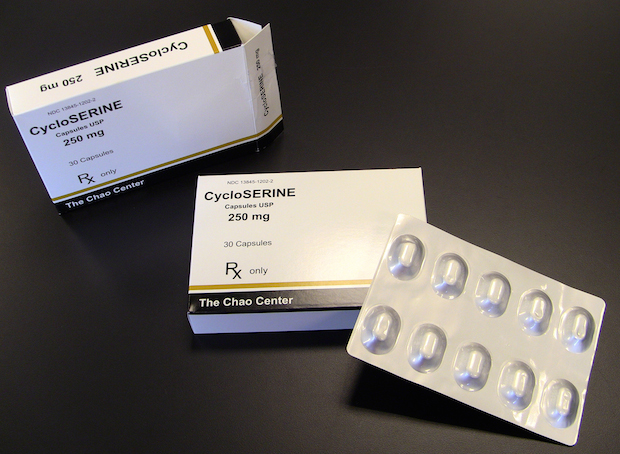 In the wake of outrage over the massive price increases for older drugs like Daraprim, a plan for the purchase and large price increase of a critical drug to treat a rare tuberculosis has been reversed.

Cycloserine, formerly known under the brand name Seromycin, was developed in 1955 and is considered an "orphan" drug -- a special category of medications for treating rare diseases, in this case a rare, stubborn and life-threatening multi-drug resistant tuberculosis (MDR TB) which doesn't respond to the two first treatment drugs for tuberculosis.

Rodelis Therapeutics purchased the rights to Cycloserine in August from a non-profit called The Chao Center, part of Purdue Research Foundation that focuses on small-batch rare and orphan pharmaceuticals. As part of the deal, The Chao Center requested that Rodelis maintain a viable supply of the drug and provide it to patients who couldn't afford it at low or no cost, so they could stay on the drug if necessary.

The CDC says cases of MDR TB account for less than 1.5 percent of TB cases -- only about 95 people nationwide in 2013. The Chao Center had been producing enough of the drug for about 40 to 60 patients per year, prior to the proposed sale.

"We discovered literally on Thursday the strategy that had been undertaken," Dan Hasler, the president of the Purdue Research Foundation, told the New York Times. "We said this was not what we had intended."

Generic drugmakers have special benefits under the Hatch-Waxman Act of 1984, which was designed to encourage more competition and lower prices for pharmaceuticals. Once a medication is off patent, generic drugmakers can continue producing and marketing older "legacy" drugs that are accepted treatments, without needing new FDA approvals, new research or development.

But several medical providers, advocates and lawmakers contend that the recent trend of companies purchasing, then hiking prices of "standard of care" drugs for rare conditions, runs counter to the intent of the law.

Presidential candidates weighed in on the growing outrage regarding the 5,000 percent price increase for Daraprim, a drug used to treat malaria, HIV and the parasitic illness toxoplasmosis, which was recently purchased by Turing Pharmaceuticals. The stock market also reacted, sending the Nasdaq Biotechnology index downward.

Hillary Clinton tweeted, "Price gouging like this in the specialty drug market is outrageous," and used the example to promote her plan for holding down drug costs. Senator and Democratic presidential candidate Bernie Sanders sent a letter demanding a price reversal to the makers of Daraprim.

Pharmaceutical companies who have raised prices of older drugs contend that they were too low-priced to be sustainable and that the large price increases were necessary to maintain supply, provide discounts to patients in need and fund new research to treat rare diseases.

Turing Pharmaceuticals CEO Martin Shkreli told "CBS This Morning" that Daraprim is not overpriced compared to its peers. "The drug was unprofitable at the former price," he said. "At this price it's a reasonable profit, not excessive at all." He claimed the money would allow the company to develop newer, better drugs. "Our first and primary stakeholder is patients," Shkreli said.

As for the tuberculosis drug Cycloserine, the Chao Center president told The New York Times they have lost about $10 million on the drug because of the cost of keeping up with regulations, which is why they considered the sale. The Chao Center said they will raise the price of the drug to help sustain production from $480 per bottle to about $1,050, about one tenth of what Rodelis Therapeutics had planned.