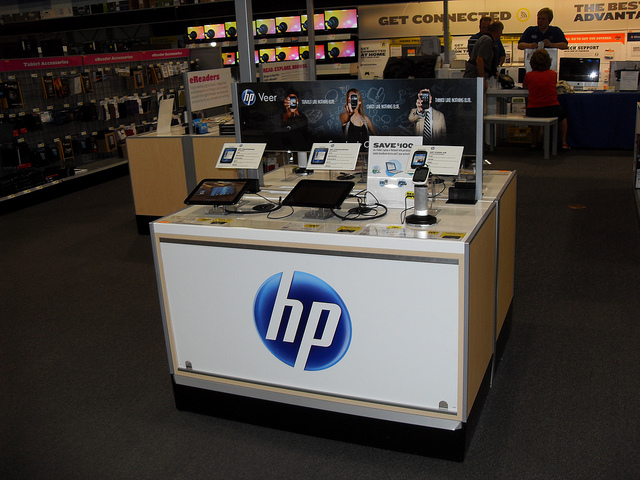 Hewlett-Packard (HPQ) on Wednesday reported first-quarter revenue of $30 billion, down 7 percent from the year-ago period and shy of Wall Street forecasts of $30.7 billion.

Non-GAAP earnings were 92 cents a share, topping the company's previous guidance of 83 to 86 cents. Analysts expected profits of 87 cents a share.

Dell looks to business as consumers and government sales fall

Enterprise hardware, a bright spot for Dell, was down 10 percent both year-over-year and sequentially at HP. Even stronger product lines are showing only modest growth. Software revenue was up 30 percent compared with the same period last year. But that was largely driven by HP's $10.3 billion acquisition in 2011 of software firm Autonomy, which had annual sales of roughly $1 billion, or about $250 million a quarter. Factor that out and HP's software sales appear to have slipped from $725 million a year ago to just under $700 million last quarter.

Overall, the results are disappointing even relative to the middling performance analysts were expecting. That raises the question of whether HP, which has faced a crisis of leadership in recent years and which is now led by former eBay (EBAY) chief Meg Whitman, is finally on the road to recovery or headed for further turbulence.