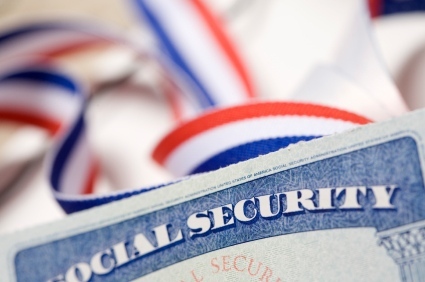 (MoneyWatch) COMMENTARY Unless you've been sleeping in a cave for the past few decades, you're probably aware that Social Security has some funding challenges due to the aging of the baby boomers and the slowing of the economy. Now you can learn how to shore up Social Security by using AARP's online tool, Strengthen Social Security. This easy-to-use program allows you to "play lawmaker" and make various adjustments to benefits and contributions. It then shows you how much of the Social Security deficit could be reduced by making your various changes.

Are you absolutely opposed to any tax increases? Then you'll need to use the program to choose a series of benefit reductions that totally close the funding gap. For example, here's one combination of cutbacks that would balance the books:

As you use the program, you'll soon find that no single benefit reduction gets you close to balancing the books. For example, if you increased the full retirement age to 70 and then indexed future retirement ages for improvements in longevity, you'd only get about 70 percent of the needed cost reductions.

Here's one package that could eliminate the deficit and is roughly equally weighted between benefit reductions and tax increases:

Such a package wouldn't raise taxes for the majority of Americans and would gradually phase in any benefit reductions. While the above package may not be good news, I contend that the world wouldn't end if we implemented it. And it's a much better solution than doing nothing and leaving a much bigger crisis for future generations.

I recently spoke with Jon Peterson, executive communications director at AARP and author of Social Security for Dummies, who had this to say: "Americans are fed up with all the partisan spin in Washington about Social Security. People want a strong program that will be there for their children and grandchildren. AARP put together the Strengthen Social Security Tool to give people straight facts and help make their voices heard. We want to engage the American public in this very important debate."

AARP believes that you've earned a say in this debate; you can post your recommendations to its website, and the organization will pass them along to your elected officials. AARP is not making recommendations on specific changes to Social Security at this point, so please note that the above package of suggested changes is my idea, not theirs.

Let's support the brave politicians of both parties who are willing to follow the example of our leaders in the Reagan years, and who will work together to shore up such a valuable program as Social Security. It's the responsible thing to do.