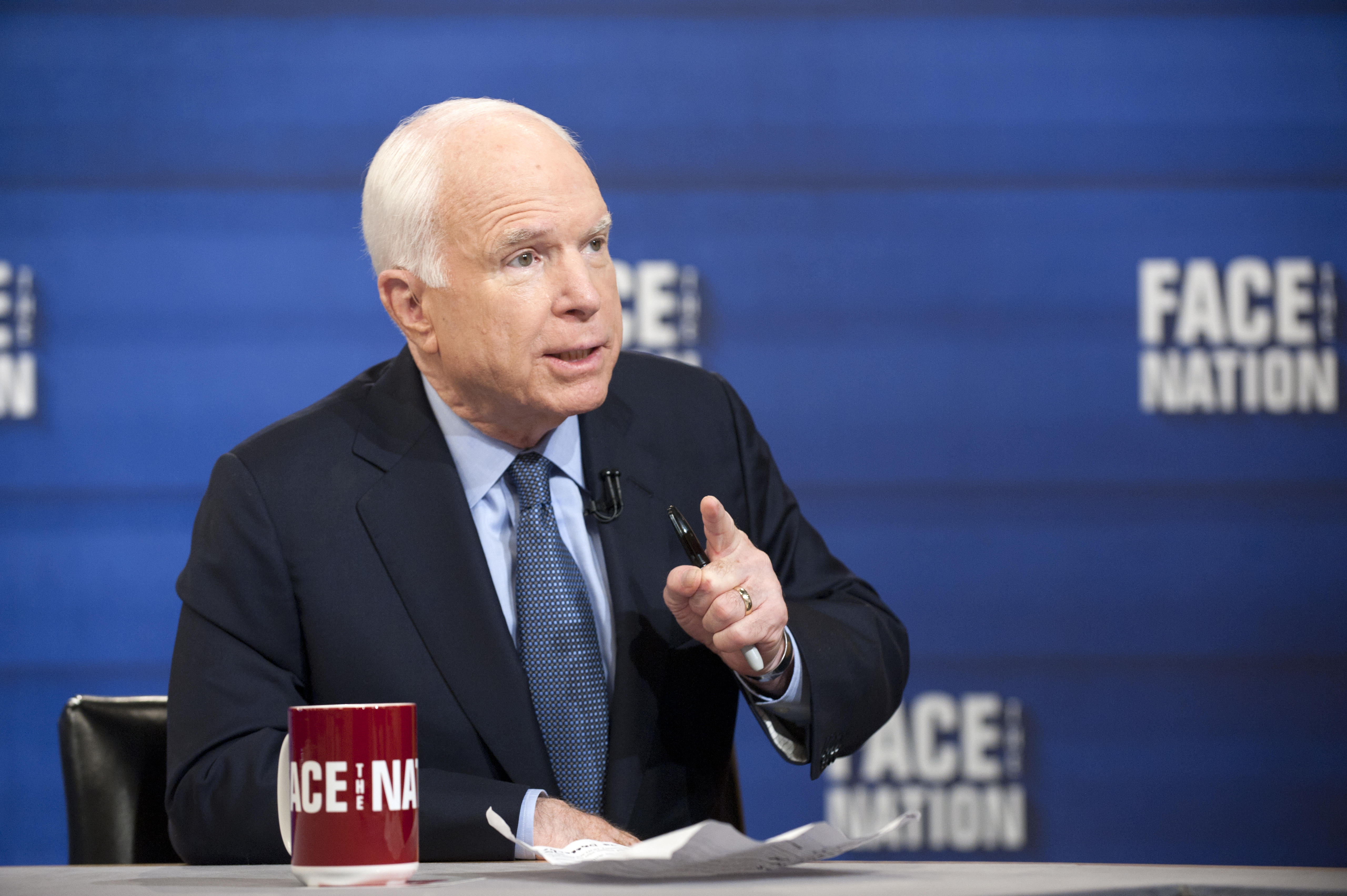 Sen. John McCain, R-Arizona, may once again hold fate of Republican efforts to repeal Obamacare in his hands – and while he's not yet said how he'll vote, he has emphasized his disapproval of the rushed legislative process that brought GOP leaders to this point.

"Obamacare was rammed through with Democrats votes only," McCain said last Sunday on Face the Nation. "Are we going to ram through our proposal? ...That's not the way to do it. We got to go back, if I could just say again, the way to do this is have a bill, put it through the committee…bring it to the floor. Have debate, have amendments."

He reiterated those procedural objections this week during talks with reporters at on Capitol Hill, repeatedly declaring, "I want the regular order."

"Regular order," as it has come to be understood, means the process by which lawmaking usually happens: the relevant committees hold hearings. Members write legislation, mark up that legislation, and pass it out of committee, sending it to the full Senate for consideration. The Congressional Budget Office would be asked to produce a report on how the bill would affect the federal budget and nationwide insurance coverage. And Senators would then debate the measure on the floor for a considerable amount of time before making a final decision.

Senate Republican leaders signaled this week a desire to hold a vote next week on a bill from Sens. Bill Cassidy, R-Louisiana, and Lindsey Graham, R-South Carolina. The bill, in broad strokes, would eliminate Obamacare's requirement for individuals to purchase insurance, and it would end Obamacare's Medicaid expansion, converting Medicaid funding into block grants to allow states to implement the program as they see fit. It would also eliminate the federal subsidies currently given to people to help them purchase insurance on the individual market, and it would enable states to obtain waivers to allow insurers to charge people with pre-existing conditions more money.

The bill, which was formally introduced last week, has not gone through anything resembling "regular order." There will not be enough time for the Congressional Budget Office to assess the bill's impact on budgets and insurance coverage, the floor debate for the bill will likely be severely limited, and the Senate has yet to hold a single committee hearing on the measure.

GOP leaders announced this week that the Senate Finance Committee would hold a single hearing on the bill next week. McCain was asked whether that hearing changes his assessment of the process moving Graham-Cassidy through the Senate, and he responded sarcastically.

Despite his procedural complaints, however, McCain has kept open the possibility of voting for the measure. Graham, one of its key co-sponsors, is McCain's closest friend in the Senate, and McCain has suggested his vote will be informed, in part, by Arizona GOP Gov. Doug Ducey, who announced Monday that he would support the bill.