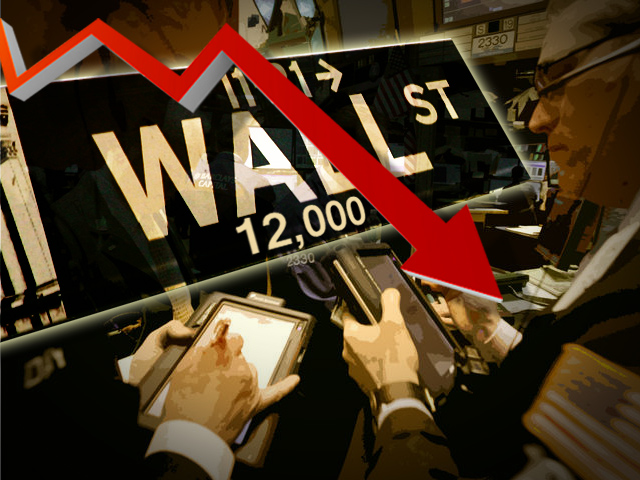 (MoneyWatch) In December, I demonstrated just how bad a deal Goldman Sach's (GS) stock-linked CD was for investors. In fact, all similar structured products, such as principal protection notes, accumulators, reverse convertibles, super track notes, and equity indexed annuities, are just swell for the seller, but bad for the buyer.

As evidence of how inappropriate these products are for individual investors, you'll never find a Registered Investment Advisor -- someone who provides a fiduciary standard of care and doesn't accept commissions -- that recommends them. It is commission-driven compensation, meaning the self-interest of the advisor or salesperson, that drives the sale of these products, not an investor's best interests. If such comp structures were illegal, these products would probably disappear, or at least no intelligent advisor would ever recommend them.

The key to understanding these structured products is to understand that the objective of the issuing company is to raise capital at the lowest possible cost. If they could do this by offering a straightforward debt instrument, such as a bond or CD, they would do it without adding any bells and whistles. If an investment rings and toots, you can be sure that all those additional features lower the cost of the debt to the issuer.

As I previously showed, for instance, reverse convertibles are typically underpriced by as much as 3 to 12 percent. Put another way, the yield on the notes would have to be 3 to 12 percent higher for an investor to get a fair price on one of these products. Having analyzed hundreds of structured products, I've yet to find one that was a fair deal.

The authors of the study, "The Anatomy of Principal-Protected Absolute Return Barrier Notes," which appears in the fall issue of "The Journal of Derivatives," support this view. "Not too surprising is the finding that the issuers typically sell the contracts at prices well above theoretical values," they write.

In the competition between a sophisticated Wall Street institution and a retail investor, we know who has the advantage. It's a game you're just not going to win. Thus, the only intelligent decision is to not play. So why are tens of billions of structured products sold every year? I offer three explanations.

Greed. The excessive costs built into structured products allow the issuing institutions to pay large commissions to those marketing the products. The purveyors don't care that they're exploiting individual investors, and they're not held to a fiduciary standard of care. That's one reason you should never work with a financial advisor who won't provide that standard.

Complexity. Structured products are designed to be so complex that very few individual investors have the ability to determine what the correct pricing should be. And the salespeople peddling these products are taught how to overcome objections, getting investors to focus on a particular feature that is important to them, such as a guaranteed return of principal). That takes the focus away from the embedded costs and the fact that there are far better ways to achieve the same objective.

Possibility and certainty effects. Studies of human behavior have found that people tend to place too much weight on events with low probabilities of turning out well or for the worse. The small possibility of a good outcome leads to the "possibility" effect. One example of this phenomenon -- IPOs are generally poor investments, since there's only a small possibility that you'll invest in the next Google (GOOG). This effect also explains the poor returns of small growth stocks, stocks of companies in bankruptcy, and penny stocks. In other domains, it explains why people buy lottery tickets, which have an expected return of -50 percent but have the possibility of making someone instantly wealthy.

The possibility effect also applies to the potential for financial losses. Research shows that the pain of a loss is much greater than the joy of an equal sized gain. This leads investors to overpay in order to eliminate even the small possibility of losing money, leading to the certainty that they'll at least get their principal back (or in the case of the Goldman Sachs CD, a very small nominal return). This is called the "certainty" effect.

In his wonderful book "Thinking, Fast and Slow," Nobel Laureate psychologist Daniel Kahneman explains that "overweighting of small probabilities increases the attractiveness of both gambles and insurance policies." In keeping with our discussion above, gambles in this context might refer to IPOs and lottery tickets, while insurance could encompass Goldman's CD, principal protection notes, or equity indexed annuities. In other words, outcomes that are almost certain tend to be underweighted, and outcomes that are improbable are overweighted.

Kahneman presents the following table showing the possibility and certainty effects at work.

Note that the decision weights are equal to the probabilities at the two extremes. However, provide someone with a small (1 percent, say) possibility of a good outcome, and they'll overweight the value of that possibility -- the decision weight should be one. That leads people to overpay for unlikely events.

On the other end of the spectrum, we see that when we eliminate certainty, allowing for the small possibility of a loss, people generally overpay for insurance -- the decision weight should be 99 for a 99 percent probability, not 91.2 percent. In other words, while the economic value of the insurance is only 1 percent, investors are willing to pay 8.8 percent (100 - 91.2), almost nine times the value of the insurance.

Rules to invest by

The field of behavioral finance has helped us to understand that we don't always make rational investment decisions. We often make poor decisions because of our biases. And the designers of structured product are well aware of these "flaws" in investor behavior. So they structure products that exploit our flaws.

The good news is that you're now aware that you don't need to have the skills to "reverse engineer" these complex products to figure out what the true risks and costs are. All you need to know is the following: