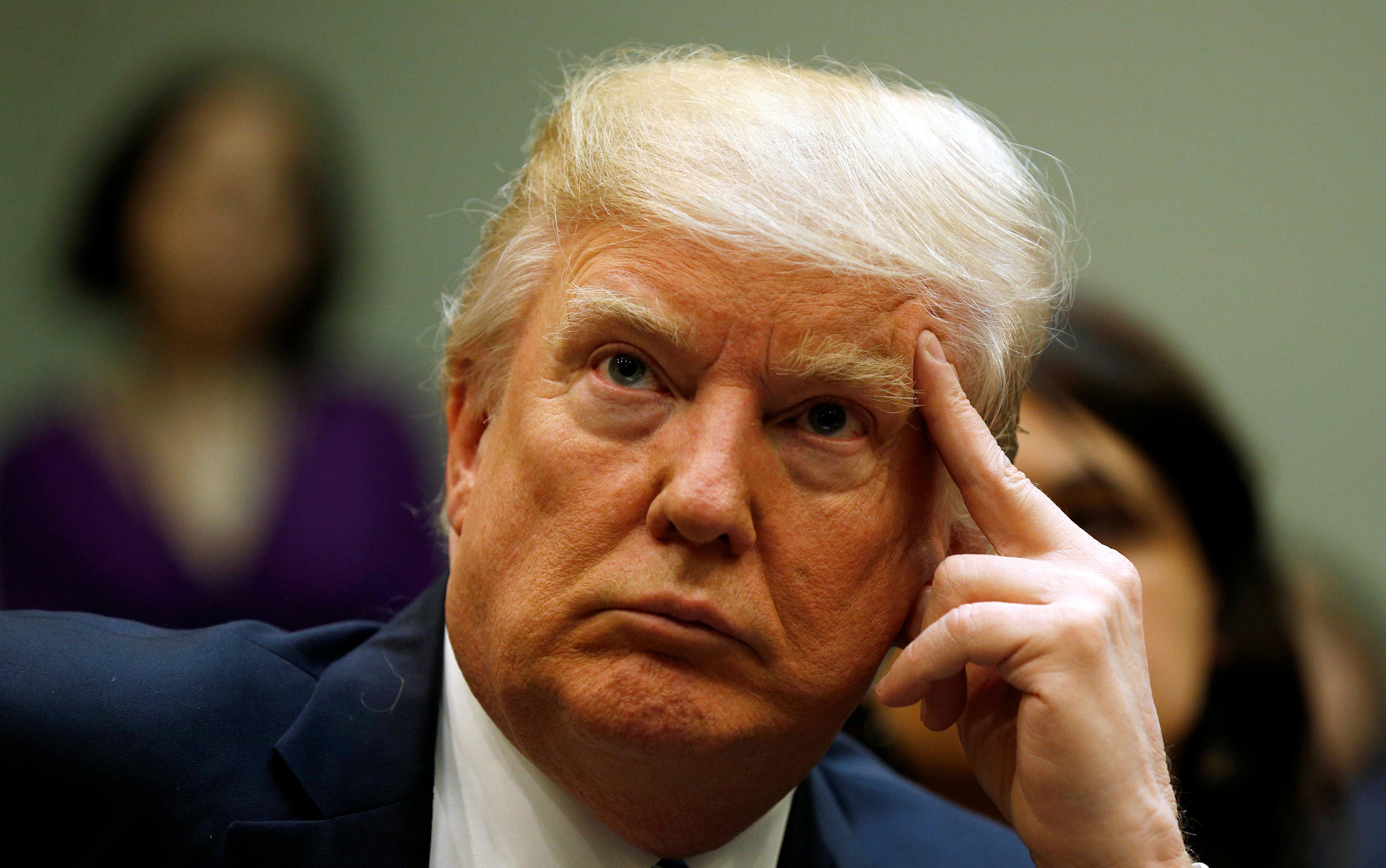 President Donald Trump reaches his 100th day in office on Saturday, and he likely will go down as one of the least effective presidents in U.S. history at this stage of the first term.

One of his major promises on the campaign trail was to repeal Obamacare and yet President Obama’s signature healthcare law is still in place. Blocking Syrian refugees and people from terrorism-prone countries from entering the U.S. was another goal for the administration, but federal courts have halted two versions of his travel ban.

The president has relied on his executive power to take action, but he has no significant legislative victories so far.

His only major success was the confirmation of Judge Neil Gorsuch to the Supreme Court, which Senate Republicans were able to pull off by invoking the “nuclear option” and eliminating the 60-vote threshold or filibuster for high court nominations.

“That is a genuine accomplishment for him and shouldn’t be minimized,” said Barbara Perry, director of presidential studies at the University of Virginia’s Miller Center. “Otherwise, I think you’re hard-pressed to find any other major accomplishments.”

“If you look at his legislative record, there is almost nothing to speak of,” said Julian Zelizer, history and public affairs professor at Princeton University.

Within Obama’s first 100 days in 2009, he was able to get Congress to approve a $787 billion stimulus package to boost the economy in the midst of the global financial crisis. The Treasury Department unveiled a plan to use $75 billion to $100 billion in bailout money to buy toxic assets from banks. Obama laid out his plan to withdraw most U.S. combat troops from Iraq by August 2010 and all troops by the end of 2011.

Comparing the two presidents, however, might not be fair. Despite Mr. Trump’s claims of “carnage” across the country, he did not come into office facing the series of crises Obama did.

“It’s important to realize that all political science research essentially shows that when the economy is essentially in dire straits, there is much more political will to achieve things at that 100-day mark,” said Lara Brown, the interim director of the George Washington University’s Graduate School of Political Management .

President Franklin D. Roosevelt, whose first 100 days set the standard for a president’s initial period, entered office in 1933 at the height of the Great Depression when there was a 25 percent unemployment rate and a run on the banks. Perry pointed to Roosevelt as the model for the most effective president in modern U.S. history.

In those first few days, Roosevelt used his first “fireside chat,” or radio address to the nation, to explain why he had closed the banks. After a week, when he reopened them, Americans had renewed faith in the banks largely because of his assurances. FDR’s administration also helped shepherd multiple pieces of New Deal legislation to protect the industrial sector, the agricultural sector and one that created the Civilian Conservation Corps, which put young unemployed men to work to help build national parks and infrastructure projects.

Roosevelt took office with political experience -- he had previously served as governor of New York and in the New York State Senate, as well as Assistant Secretary of the Navy during World War I. Mr. Trump, on the other hand, arrived at the White House with no political experience, having spent his career as a real estate magnate.

“The master dealmakers in American history -- they are not only master politicians, but they are policy wonks,” Brown said, naming Presidents Lyndon B. Johnson and Bill Clinton as examples. “All of these people understood how far you could push the negotiation.”

“If you sort of poison the well with all of this kind of full-speed ahead, chest-bumping partisanship -- which I actually think Donald Trump did in his first 30 days -- you’re going to end up with the same result -- with a massive backlash from the other party,” she added.

That’s played out in congressional elections -- every president since Clinton has seen his party lose both houses of Congress at some point.

Similar to Mr. Trump, President Jimmy Carter entered the White House after being elected in 1976 as an outsider. A former Governor of Georgia at the time, he campaigned on wanting to clean up Washington and its corruption in the wake of President Richard Nixon, and Carter beat a number of members of Congress for the party’s nomination. Carter then arrived in Washington and proposed cutting water and infrastructure projects -- moves that were immediately rebuffed by the Democratic-controlled Congress, despite the fact that Carter was a Democratic president.

Not all presidents, even great presidents, perform well in their first 100 days. President Abraham Lincoln, who ended slavery with the Emancipation Proclamation after almost two years in the White House, took office in March 1861, just weeks after Southern states seceded from the union leading to the outbreak of the civil war.

Some modern presidents, like Ronald Reagan and Clinton, who both had a tough first 100 days, went on to be reelected.

“Reagan had a lot of trouble in his first few weeks and months as president. His tax bill really stalled and it didn’t get moving until there was an attempted assassination on him. He doesn’t have a lot more to speak of in his first 100 days,” Zelizer said. “Bill Clinton had a really rough 100 days. His budget was incredibly controversial, his attorney general picks...the two of them got knocked down, and look, [he later was] reelected and very popular.”

Also, even though recent polls have shown Mr. Trump’s approval rating hovering around 40 percent, many of his supporters seem to be satisfied with him so far.

“In other ways, his supporters are probably happy with him. He’s done a lot through executive actions. He’s made some moves on foreign policy, including the [missile] strikes on Syria, that clearly people who are favorable to him, many Republicans think was an accomplishment and setting a new tone for foreign policy,” Zelizer said. I think his base of supporters is generally happy with a lot of the tone of his rhetoric. They’re still seeing the president they voted for.”

As for Mr. Trump’s promise to dismantle Obamacare, Republicans failed to secure enough votes last month in the House to pass legislation to repeal and replace the law and their effort to still revive negotiations and strike a deal will likely miss the 100-day deadline. In the end, it might not matter whether it’s done now.

“He can still repeal that program down the line,” Zelizer said. “A hundred years from now, they won’t remember if he repealed it in the first 100 days; they’ll talk about whether he repealed it at all.”