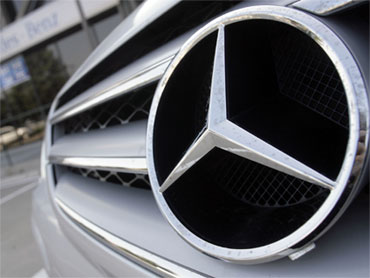 This story, by Jim Henry, originally appeared on CBS' Moneywatch.com

There's nothing like the evaporation of $20 trillion in national wealth to make you walk into the garage, take a look at that aging luxury vehicle and announce to anyone who's listening, "Maybe we should hang on to her for another year. Or two."

Lots of people have been saying that recently: Autos on the road now average a record 9.4 years old. And take heart; you're making a good financial move. As much as we like to justify the purchase of a shiny new car - and if you absolutely need one, it's a buyer's market - there are few assets that depreciate faster than a car on the day it rolls off the dealer's lot.

To be sure, driving a car in the post-warranty years means an increase in your out-of-pocket costs. As the car ages, it will require more maintenance. According to J.D. Power and Associates, annual maintenance and repairs cost $390 in the third year of ownership, on average; $404 in year four and $464 in year five. Keep your costs in check by following these rules:

Don't Get Hit by Big Bills
The ounce of prevention rule applies to cars just as it does to the human body. So as soon as you get back from the gym, track down your never-opened owner's manual (if you can't find that book, look for a PDF of it on your car company's Web site). You'll skirt many costly repairs by religiously adhering to the maintenance schedule. In a survey by DriverSide.com, a site that estimates costs of repairs and maintenance work, only 41 percent of drivers said they carefully follow the manufacturer's service schedule. Be a proud member of that minority.

Getting inexpensive car checkups will help prevent serious, expensive problems. Spend $175 to get your engine-cooling system serviced on time, for example, to reduce the chances that your engine will overheat, which could lead to severe damage and a $5,000 repair bill. Keeping your car beyond the five-year mark means you'll likely need a 60,000-mile checkup costing $300 to $600, which should include replacement of the timing belt. That's a bargain compared to the $3,000 you could owe for engine damage caused by letting the belt snap, says John Neilson, director of AAA's Approved Auto Repair Network.

Skip Unnecessary Oil Changes
You may be paying for too much maintenance by getting more oil changes than you really need. A lot of do-it-yourselfers will tell you to change the oil every 3,000 miles, the traditional rule of (dirty) thumb. But many newer cars can safely go 5,000 or even 10,000 miles between oil changes. GM, for example, says its late-model cars typically can go 6,000 miles between changes; Ford recommends waiting 7,500 miles on '07 and later models of certain cars.

Check your owner's manual for its schedule. With a synthetic oil change at Jiffy Lube running about $70, having this service done half as often can easily save hundreds of dollars.

Find an Honest Shop
Once your warranty runs out, you need to find a trustworthy, reasonably priced mechanic, since the bills will come out of your pocket. But unscrupulous mechanics may be eager to overcharge you, especially if they sense you're not a gear head. And even at dealers and legitimate independent shops, prices can be all over the lot. When Consumer Reports compared quotes on a 2004 Ford Explorer's 60,000-mile checkup in Los Angeles, estimates ranged from $338 to $590. "It's really a game of chance you're playing with an old car," says Jake Fisher, senior automotive engineer for the magazine.

With the warranty kaput, you may be tempted to switch from the dealership to an independent shop for repairs and maintenance. That can be a cost-efficient move. An Automotive Aftermarket Industry Association study found that dealers charged an average of 30 percent more than independents for the same jobs. Consumer Reports' latest Annual Auto Survey also found that independent shops are often less expensive than dealerships - and they generally provide a higher level of satisfaction.

To find a garage you can count on, start at the AAA Web site and look for shops that are part of AAA's Approved Auto Repair Network. Those garages must provide customers with a free 12-month/12,000-miles parts and labor warranty. DriverSide.com can show you which local facilities have the "Blue Seal of Excellence" from The National Institute for Automotive Service Excellence (NIASE). That designation means at least 75 percent of their mechanics passed tests to become ASE-certified.

Tony Molla, an NIASE spokesman, says if you're trying out a new garage for the first time, start with a simple job, such as an oil change. "See how you're treated," he says. "Is this a place where you want to do business?" If it is, you can feel confident about bringing in a bigger job next time.

Be wary if the shop owner calls after starting work and says, "As long as the car's here ..." If he makes a good case that the vehicle needs extra work, get it done and save yourself a future visit. But if not, yank your car back once the original job is finished and look for a new mechanic. Find a really good one, and you may decide to hang on to that car even longer.

More on MoneyWatch:
6 Myths About Gas Mileage
6 American Cars Worth Buying Now
Video: Test Driving the New Tesla
What's The Best Car For Your Teenager?
The Best Time to Buy A Car Is ... Right Now