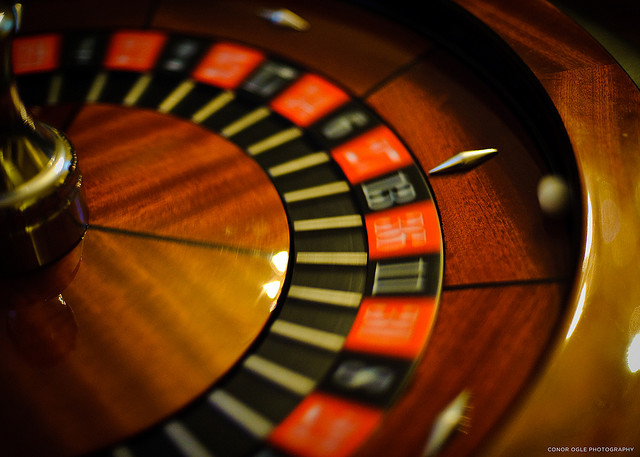 One possible explanation for the lack of women in high-paying and high-level jobs in corporate America is that women are thought to dislike both competition and risk, and most senior leaders are required to have a good relationship with both.

Now, new research from Alison Booth, of the University of Essex and the Australian National University, shows that one's tolerance for risk or competitive drive is not at all innate. Instead, she found that girls can be encouraged to take more risks and become more competitive just by surrounding them with other girls -- and getting rid of the boys.

The researchers worked with about 170 students who were, on average, 15 years old. Some of the students attended single-sex schools; others were used to a co-ed environment. The researchers divided the students into groups of four. Some of the groups were single-sex, while others were mixed. They then asked them to play a game. They could get five pounds, guaranteed, or they could flip a coin. If the coin came up heads, they would win 11 pounds, but if the coin came up tails they'd get only 2 pounds. And yes, they got to keep the money. Here's what happened:

-- Overall, the boys were more likely to flip the coin, and take the risk, than the girls

-- Girls from co-ed schools were the least likely to take a risk.

-- Girls from single-sex schools were just as likely as boys to take risks.

-- The boys' behavior was not affected by the type of school they attended or the group to which they were assigned.

The researchers also tried to determine how competitive the students were. The students were told they would be asked to complete a set of mazes. They could be paid in one of two ways: Either a flat fee for each maze completed, or they could earn a larger amount if they finished the maze faster than the other children in their group.

In short, the girls from single-sex schools behaved more like boys. And even within the short span of the study, being surrounded by other girls - instead of being in a mixed-sex environment - seemed to encourage the girls to become more competitive and more comfortable with risk.

The researchers aren't suggesting that we immediately enroll all our daughters in single-sex schools. Here's how they explain their findings:

Educational studies have shown that there may be more pressure for girls to maintain their gender identity in schools where boys are present ... In a coeducational environment, adolescent girls are more explicitly confronted with adolescent subculture (such as personal attractiveness to members of the opposite sex) than they are in a single-sex environment. This may lead them to conform to boys' expectations of how girls should behave.... If risk avoidance is viewed as being a part of female gender identity while risk seeking is a part of male gender identity, then being in a coeducational school environment might lead girls to make safer choices than boys.

The implications go far beyond education, of course. The striking finding is really how quickly the girls' behavior changed, just based on who the other people in their group were. If we suddenly had corporate boards run entirely or mostly by women, would those women start behaving more like men? Would trading floors be just as rough-and-tumble if they were the domain of women, rather than being overwhelmingly male? It'll take more than a study to find out.