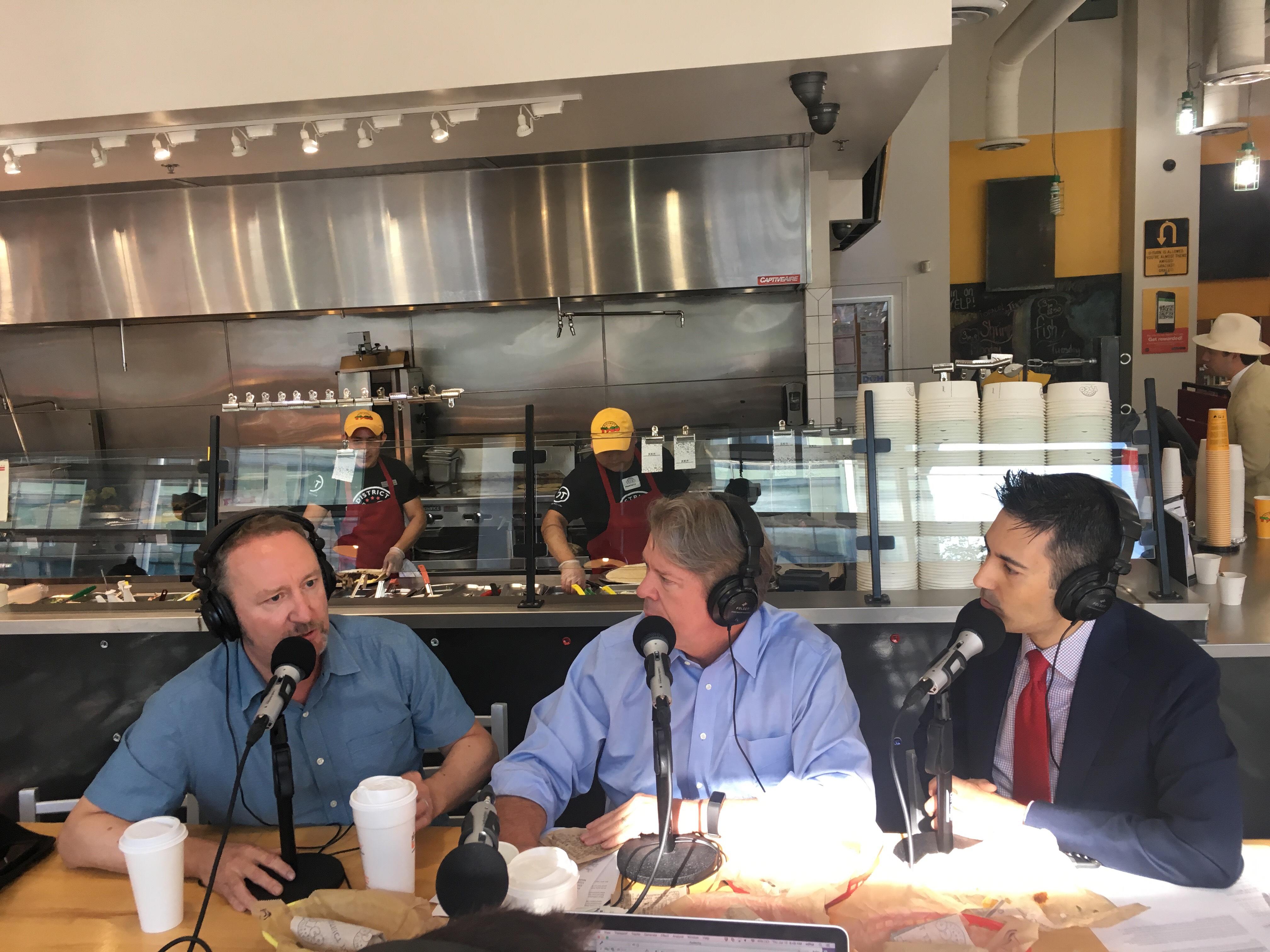 The best way to describe the source of President Donald Trump's broad economic and political impact is to take him out of the equation altogether, says economist Mark Blyth.

"The first thing to do is stop focusing on Trump if you want to understand this," the Scotland-born Brown University professor said on the latest episode of "The Takeout" podcast. "The bigger picture is simply a story of the breakdown of that regime, if you want to call it that, from the '80s through to the financial crisis, where basically a huge amount of wealth was generated globally, and it went into very few hands locally."

Over breakfast tacos at food-truck-turned-restaurant, District Taco, across the street from the CBS News DC bureau,  Blyth told CBS News Chief White House Correspondent Major Garrett and Political Director Steve Chaggaris that Donald Trump is a  "phenomenon" on both the right and the left -- and not only in the U.S., but also in other countries across the globe.

"And what it is, essentially, is a huge amount of dissatisfaction with the people who have been running the world for the last 30 years."

It's like the ubiquitous fast food chain McDonald's, he says, drawing an extended metaphor: It's hard to find a bad McDonald's in the United States, but if you eat there all the time, "bad" things can happen.

"So a large part of the United States has been eating McDonald's for 30 years. And they figured out that there's a kitchen on the coasts serving lobster.. and they're not invited."

Blyth thinks that the "ultimate tragedy" of the Trump presidency is that he may not be able to fix this imbalance. Will Trump's moment be a political one, absent the policy relevance needed to deal with the grievances his supporters elected him to solve?

"Sadly, I think that's shaping up to be most likely outcome – that ultimately what you've got is someone who's portrayed himself as people's champion," Blythe said. "And he's come along and said, 'You know, we need to protect coal jobs.' All right, great sympathy for the people who are there who are doing this. But coal mining in the developed world is shutting down everywhere."