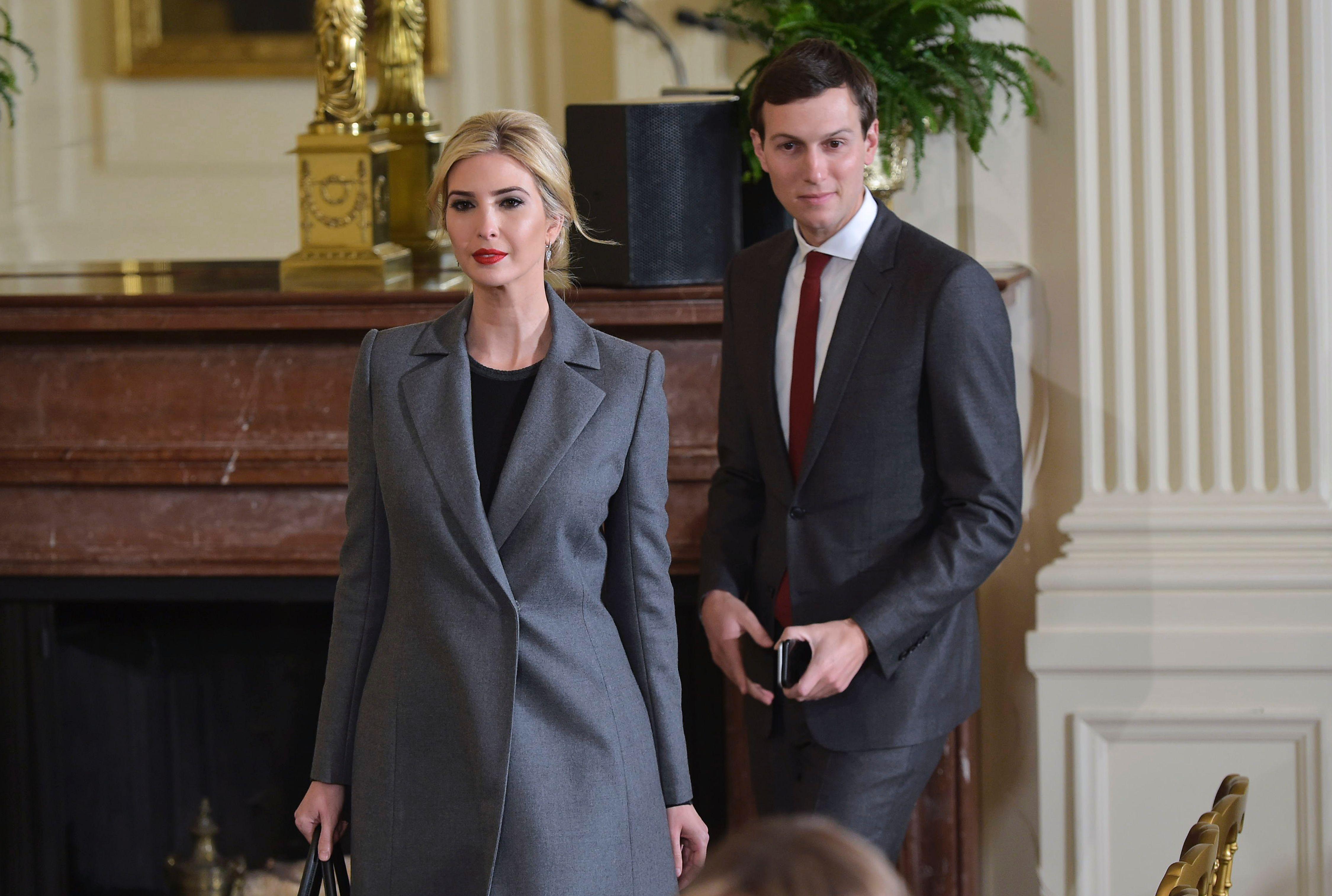 Financial disclosure forms released late Monday show that White House special adviser -- and President Trump's son-in-law -- Jared Kushner's wealth and debt both appear to have risen over the year, an indication of the complex state of his finances and the potential conflicts that confront some of his investments.

Disclosures issued by the White House for Kushner and his wife, Mr. Trump's daughter Ivanka, showed that Kushner held assets totaling at least $181 million. His previous 2017 disclosure had showed assets in at least the $140 million range. Kushner and Ivanka Trump, jointly held at least $240 million in assets last year.

The financial disclosures released by the White House and filed with the U.S. Office of Government Ethics routinely show both assets and debts compiled in broad ranges between low and high estimates, making it difficult to precisely chart the rise and fall of the financial portfolios of federal government officials.

The White House released the disclosures for Kushner and Ivanka Trump on a heavy news day, while the world's media lavished attention on President Trump's preparations to meet with North Korea's Kim Jong Un for talks over nuclear weapons. The White House had released the president's own financial report last month.

Peter Mirijanian, a spokesman for Abbe Lowell, Mr. Kushner's and Ivanka Trump's ethics counsel, gave this statement to CBS News: "Since joining the administration, Mr. Kushner and Ms. Trump have complied with the rules and restrictions as set out by the Office of Government Ethics," he said. "As to the current filing which OGE also reviews, their net worth remains largely the same, with changes reflecting more the way the form requires disclosure than any substantial difference in assets or liabilities."

One of Kushner's biggest holdings, a real estate tech startup called Cadre that he co-founded with his brother, Joshua, rose sharply in value. The latest disclosure shows it was worth at least $25 million at the end of last year, up from a minimum value of $5 million in his previous disclosure.

The bulk of Ivanka Trump's assets -- more than $50 million worth -- was contained in a trust that holds her business and corporations. That trust generated over $5 million in revenue last year.

She reported a stake in the Trump International Hotel in Washington, D.C., worth between $5 million and $25 million. The hotel has been a focus of lawsuits against the president and ethics watchdogs who say Trump is violating the Constitution by profiting from his office as diplomats spend big money there.

Mr. Trump's Trump Hotel in Washington, D.C., for instance, saw $40 million in revenues last year, according to the president's own financial disclosure form.

The disclosure also showed that Kushner has assumed growing debt over the past year, both expanding his use of revolving lines of credit and taking on additional debt of between $5 million and $25 million as part of his family company's purchase last year of a New Jersey apartment complex.

A series of interim financial reports last year showed that Kushner had increased lines of credit with Bank of America, New York Community Bank and Signature Bank, each from at least $1 million to $5 million. Such moves do not mean that Kushner has yet accumulated that debt, but has the ability to do so.

The new disclosure shows that Kushner did take on a new debt last year with Bank of America worth between $5 million and $25 million -- but jointly with other investors in Quail Ridge LLC, a company used for his family firm's purchase of Quail Ridge, a 1,032-unit apartment community in Plainsboro, N.J., near Princeton. The disclosures also showed that Ivanka Trump owns an interest in that purchase through a family trust.

The disclosure showed that Kushner reported making at least $5 million in income from the development since Kushner Companies bought the complex in September. The family business has made a splash with high-profile deals for buildings in New York City in the past decade, but lately has been returning to its roots by buying garden apartments in the suburbs.

Under an ethics agreement he signed when he joined the administration in early 2017, Kushner withdrew from his position as CEO of Kushner Companies. But even as a passive investor, he retains many lucrative investments -- which ethics critics have warned could raise conflicts of interest.