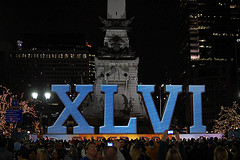 Sports-addict sales people, take heed. Contrary to the popular expression, in the world of sports, winning isn't everything. It turns out coming in second isn't bad either. When you come in second in a close game, you still walk away with a decent check in your pocket. When you're used to operating in the world of sales, this lesson can be a dangerous cross over. There are a number of ways in which big deals translates to sports. Winning big deals is not one of them. In sales, there's no prize for coming in second.

Take The Masters championship in golf, for instance. Every golfer dreams of winning The Masters, one of the four major championships in professional golf. Steeped in tradition, The Masters is the first of the majors to be played each year and is held annually in April at the same location, a course designed by the legendary Bobby Jones at the fabled Augusta National Golf Club in Georgia. The golfer who wins The Masters receives a distinctive green jacket they can wear for one year, a sterling silver trophy and a check for $1.35 million. But what if you finish second? No sport coat or shiny award -- but you do walk away with a silver medal and a check for $864,000.

Don't compare business deals to winning The Kentucky Derby. In horse racing, the most prestigious prize is winning The Kentucky Derby, a stakes race for three-year-old thoroughbreds held annually in Louisville, Ky., on the first Saturday in May. Run at Churchill Downs, racing fans sip Mint Juleps as they watch the one-and-a-quarter mile race known as "The Fastest Two Minutes in Sports." The race is also called "The Run for the Roses" for the blanket of roses draped over the winner to go along with a check for $1.4 million. And what does the runner up receive? The owners of the second-place finisher can buy many rose bouquets and Mint Juleps with their check for $400,000.

Don't compare a big deal to winning a Super Bowl. When it comes to sports hype in America, the Super Bowl is second to none. This Sunday's rematch in Indianapolis between the New York Giants and New England Patriots, two teams that met in the 2008 Super Bowl, is this week's mega sports story. In the first Super Bowl, which was 46 years ago, the winners took home a $15,000 bonus. That has grown considerably, with this Sunday's winning players pocketing $88,000 per player. The man they named the Super Bowl trophy after, coach Vince Lombardi, is famous for saying, "Winning is everything." But the Super Bowl is hardly winner take all. Each losing player will walk away with an extra $44,000 spending cash.

But in the world of sales, winning really is everything.

In business, if a company goes for the gold and glory of a big account and finishes second, what do they get? Nothing, nada, zero, zilch. There are no prizes for finishing second. Indeed, coming in second just makes you the first loser.

Let's assume your company is competent, qualified and you have a great product or service. Perhaps your company has garnered many small deals and you have reached the top 10 in your marketplace. Now you have earned a shot to go after the grand prize, the big deal that can transform your company. But when you go for the big deals, you keep coming close and just not winning.

That is called "the glorious opportunity to finish second."

Many wonder why they come up short. As the old cliches go: always a bridesmaid, never the bride; or close but no cigar. The reason is because big deals are more complicated. The behavior of just one person doesn't determine the outcome of big deals. Rather, big deals get done by coordinated efforts of a team. Tactics that work for small deals don't work for big deals, but they look like they are working all the way up until they don't. To land big deals, teamwork is everything. Anything less is a waste of time, talent and treasure.