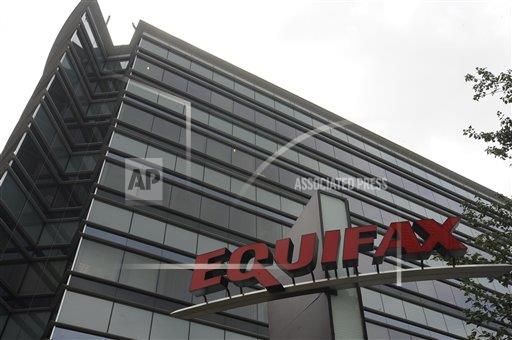 NEW YORK Thousands of stunned small business owners call Dun & Bradstreet Credibility Corp. each week after they're turned down for a loan. Jeff Stibel, CEO of the business credit reporting company, has a message for them: Don't blame the bank.

Instead, he says, find out how you contributed to that rejection and start working to improve your company's credit rating so next time, the answer will be yes.

"There is so much you can do, and should do, before you need a loan,'' he says.

Dun & Bradstreet Credibility compiles credit reports on small businesses, which banks can buy to help make their lending decisions. In a recent conversation with The Associated Press, Stibel talked about the continuing sluggishness in bank lending to small companies. Lending rose modestly in April, according to the Thomson Reuters/PayNet Small Business Lending index, after falling the first three months of this year. Stibel agrees that banks can make it difficult for small businesses to get loans. But he argues that owners bear some responsibility when they're rejected.

Many small business owners go about getting a loan all wrong, he says. They apply to banks that aren't likely to approve them. When they apply, they haven't made sure their companies' finances and credit ratings are solid. And they haven't taken the time to cultivate a relationship with a banker who will be sympathetic.

Stibel knows that business owners aren't helping themselves because they call Dun & Bradstreet Credibility after banks reject loan applications and tell them to find out what's in their business credit reports. The files are similar to the personal credit reports on consumers that are compiled by reporting agencies such as Experian and Equifax. They include information such as a company's payment record, how much debt it's carrying and the number of loans it has applied for.

"We talk to over 20,000 businesses a week, and a huge percentage of them don't even know they have a business credit file. They think that all they have is a personal credit file," Stibel says.

Sometimes owners don't see their business credit report until they're sitting with a loan officer in a bank branch, Stibel says. For bankers, that's a red flag.

"They'll say to a business owner, 'I'm trying to believe that I can trust you to pay your bills and that I can entrust money to you and you'll be a good corporate steward and pay me back, but if you don't know what your credit profile looks like, then how on earth can I lend you money?' " he says.

Owners can get copies of their files from reporting companies including Dun & Bradstreet Credibility, Experian and Equifax. They also should study their personal credit reports, which bankers consider when making loan decisions.

Another roadblock: Many businesses aren't savvy about the application process, Stibel says. Owners think they can walk into a bank, fill out an application and, presto, get a loan. These days, that's a good way to get turned down.

"Before they think about any credit, they should do what they do before they start a business," Stibel says. That includes writing a formal business plan that explains how you will spend the money you want to borrow.

The smartest owners "have banks asking, begging to work with them instead of hustling to try and find the right bank,'' he says.

Many owners also don't realize that not all banks are alike. Banks have different philosophies and strategies about lending. For example, some make more loans secured by assets like real estate, while others lean toward companies with good cash flow.

"Not knowing what their criteria is before you walk in the door is a recipe for disaster," Stibel says.

That disaster goes beyond a rejection. Many owners who shop for one loan after another don't realize that every inquiry and rejection goes into their business and personal credit reports.

Credit reports can also be an issue when a company doesn't need a loan. Some big retailers want to see credit reports for the manufacturers whose products they buy. They believe a company with a good credit rating is more likely to be well run and not cut corners on the goods they sell, Stibel says.

He recalls hearing from a small consumer products manufacturer that had a deal with a big national retail chain. That is, it had the deal until the retailer took a look at the company's credit report and decided that there wasn't enough information in it. The retailer didn't feel secure enough about doing business with the company. The owner immediately called Stibel.

"The first word out of his mouth wasn't 'hello,' it was 'help!' Stibel says. "They told him, 'we don't care if your product is good or not. We won't put it in our store.''

Even as the economy has continued its slow recovery, lending to small businesses remains weak. Many companies say they don't want or need loans because they're not sure whether their revenue will be strong or weak and they don't want to take on more debt after having paid their loan balances down following the recession.

Stibel says the stagnant lending is also due to the fact that banks and small businesses are at cross purposes. The banks say they're working on making more loans. Bank of America has hired 1,000 bankers to serve small businesses. Wells Fargo is increasing its marketing and outreach to women small business owners to help increase how much it is lending to them. Citi said in March that it had surpassed its 2012 small-business-lending goal by $1.6 billion. But banks are also concerned about the risks involved in lending to small businesses, so they add requirements to loans. Of course, the companies want loans with as few requirements as possible, Stibel says.

"We're seeing this disconnect between everyone's incentives, motivations and interactions, and that's where I think the real bottleneck is. It's not for want or lack of effort," Stibel says.

Banks are more likely to lend to a business owner that they know and can trust rather than a total stranger, he says. That's the reason why Bank of America has placed more small business bankers around the country so it can get to know small business customers better.

But a business owner has to work on the relationship too. Stibel's advice: "You should have, if not quarterly meetings with your lending officer, at least two times a year, even if it's nothing more than going out to lunch and saying how great your business is. You don't want to have your first meeting when something's wrong."