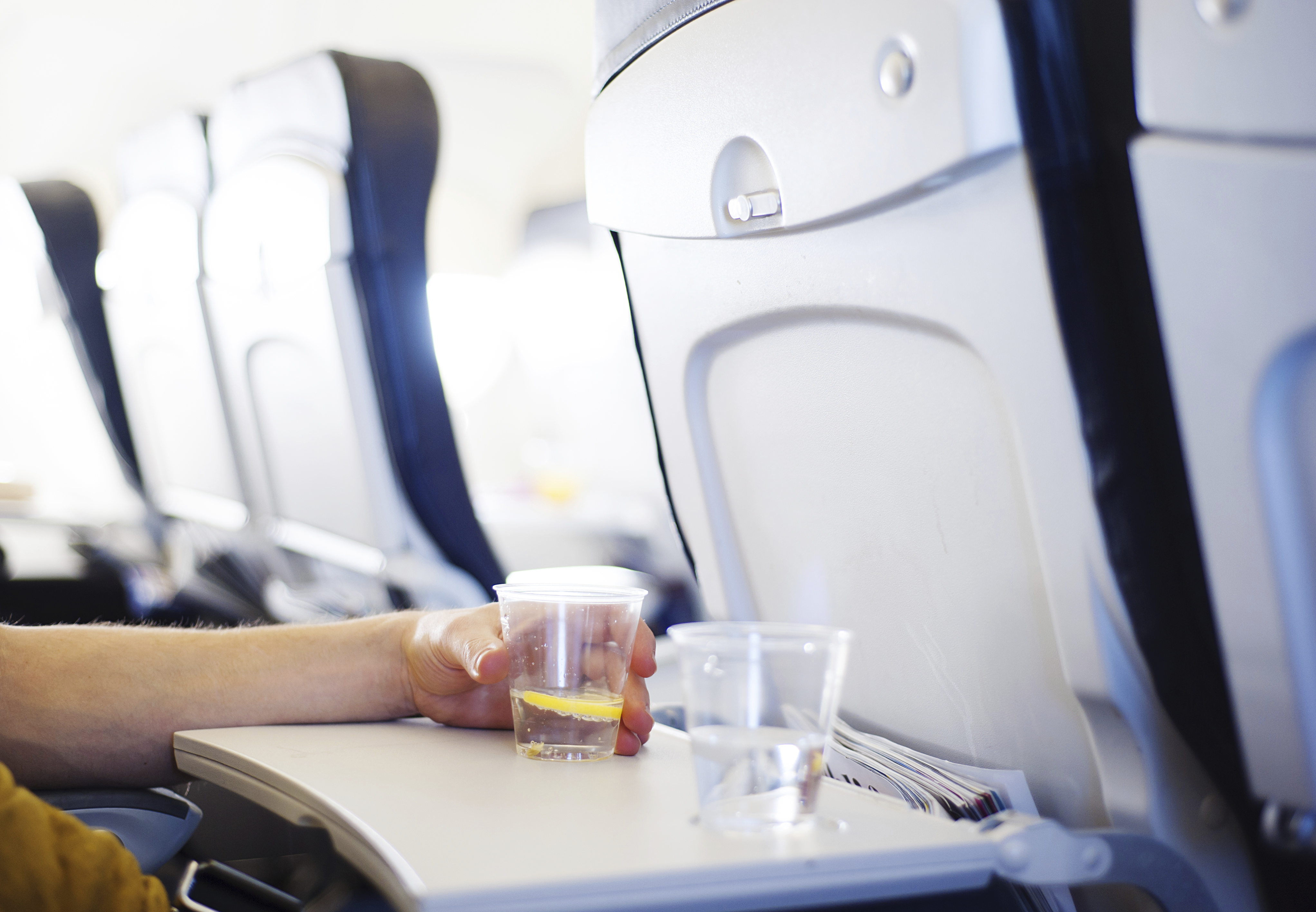 Germs seem to hang in the recycled air on a plane and everyone has a story about sitting near a person with frightening flu symptoms. But are airplanes and airports really any germier than other places? And do the germs cause sickness?

Bacteria are certainly present on many surfaces in an airplane cabin, including some you may not have thought of. Whether or not they are dangerous depends on what kind of bugs they are, how long a person is exposed and how a particular person's immune system handles them.

"There are bacteria everywhere. The question is whether or not any of them are specific kinds of pathogens at levels that can cause an unacceptably high risk of disease," Dr. Charles Haas, the Betz professor of environmental engineering in at Drexel University College of Engineering, told CBS News. He has an expertise in microbial risk assessment, including Ebola.

"Everything is dose: How much did you start off with, how much are you left with and what's the level you're exposed to?"

A small study conducted by the website Travelmath tested surfaces people are likely to touch during air travel. They collected samples from five different airports and four different flights on two carriers, then tested for levels of bacteria, or colony-forming units. As in a similar study of household germs in 2011, a microbiologist collected and analyzed the samples.

The Travelmath study found high bacteria levels in several places during air travel, and the site declared these the four germiest locations on a plane, on average: the seat-back tray table; the overhead air vent; the lavatory flush button; and the seatbelt buckle. In the airports, the germiest spots tested were drinking fountain buttons and bathroom stall locks.

However, the study did not say exactly what kind of bacteria were found. And that's part of the challenge in monitoring bacteria on airplanes -- they are in constant flux due to different locations, passenger populations, airline-specific cleaning procedures and other factors.

"If there's direct evidence that there's been a high level of contamination, a spill or soiled matter of some sort or another, when you sit down, certainly that ought to be brought to a cabin crew's attention for cleanup," said Haas. "There are certainly quite a number of potential agents that could exist: specific bacteria, specific viruses, specific protozoa."

Where do bacteria thrive? Soft, porous surfaces like upholstery, as well as harder materials that don't have natural bacterial resistance, like plastics. The surfaces most touched by human hands or other organic materials, and those less likely to be cleaned frequently are probably the worst offenders.

Travelmath noted that the kind of bacteria they found did not appear to be the most dangerous.

"The good news is that all 26 samples from airports and flights were negative for the presence of fecal coliforms such as E. coli, which can potentially be infectious," the study said.

The pull-down tray table was one of the most bacteria-ridden areas, according to the study. The built-in tables are touched by almost everyone and everything on a plane: people, food, drinks, books, laptops and that cute little baby's toys, which have probably been in her mouth. The average tray table tested in the study had about 2,155 colony-forming units (CFU) per square inch, more than twice as much as the second most germy surface.

The next biggest bacteria colony was found on airport water fountains. Drinking fountain buttons had 1,240 CFU per square inch.

The next three were small areas where fingers touch, but few cleansers probably follow since they wouldn't be top of mind for cleaning crews. They had similar amounts of bacteria. Overhead air vents, airplane lavatory flush button and seatbelt buckles came in at 285, 265 and 230 CFU per square inch, respectively. Lastly, the bathroom stall locks back at the airport had 70 CFU per square inch.

But the amount of bacteria is just one part of the equation. The rest is whether the bacteria could cause sickness and how long a person is exposed to it, meaning that longer flights can present more risk.

"It really comes down to the dose you're exposed to and whether that dose presents an unacceptably high risk or not," said Haas. He said that in terms of the major microbes that cause serious illness like MRSA and E.coli, it would take prolonged exposure to contract any of them from touching contaminated surfaces during a flight.

The CDC issues quarantines that don't allow people with certain infectious diseases to travel. And they investigate any passenger reported to have serious illness during a flight. Health officials say the most common illnesses reported to them are not superbugs or deadly viruses, but often childhood diseases like measles, rubella (German measles), pertussis (whooping cough), and meningococcal disease (meningitis).

The authors of the Travelmath study believe the bacteria on planes were most likely to grow in places the cleaning crews don't reach as often, so there may be a need for more time to clean in-between flights, especially around seating areas.

Previous studies have shown that the seat pockets and upholstery can also hang on to bacteria for months or even years. Pillows or blankets that may be shared are also easy breeding grounds, though they are becoming more uncommon on airlines.

Airborne bacteria, which this particular study didn't consider, may be as much or more of a concern during air travel. But it may not be the hypochondriac's nightmare it seems either. Airplane air conditioning units pull in both air from the outside and recycle what's inside, then pass them through HEPA air purifying filters. When the airlines use HEPA filters, the air recirculated back to the cabin should be fairly clean.

As is the case in almost any setting, personal hygiene -- not necessarily obsessive antibacterial wiping --might be the best defense at 35,000 feet.

"In the end, one of the best things that people can always do is practice good hand washing, use of clean utensils and so forth," said Haas. "Soap and water does as well as anything, and if soap and water is not available, then the hand washing products could be as good, typically the alcohol-based ones."

Moderna CEO says new COVID-19 vaccine will be ready by August
Thanks for reading CBS NEWS.
Create your free account or log in
for more features.
View CBS News In
CBS News App Open
Chrome Safari Continue
Be the first to know
Get browser notifications for breaking news, live events, and exclusive reporting.