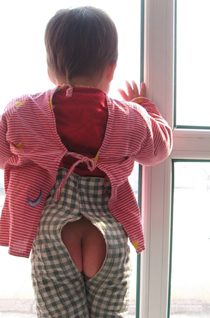 When Procter & Gamble set out to sell Pampers in China more than a decade ago, it faced a daunting marketing challenge: P&G didn't just have to persuade parents that its diapers were the best. It had to persuade many of them that they needed diapers at all. The disposable diaper — a throwaway commodity in the West — just wasn't part of the cultural norm in the Chinese nursery. Babies wore cloth diapers, or in many cases, no diaper at all. And that, says Bruce Brown, who's in charge of P&G's $2 billion R&D budget, is why China presented — and still presents — such a huge opportunity.

Today, after years of exhaustive research and plenty of missteps, Pampers is the No. 1-selling diaper in China and the company, in many ways, is just getting started there. The diaper market in China is booming. It stands at $1.4 billion — roughly a quarter the size of the U.S. market — and is projected to grow 40 percent over the next few years, according to research firm Datamonitor.

P&G's success in China has helped CEO Bob McDonald set some bold goals. Last October, he laid out a plan to add one billion customers over the next five years by promoting P&G brands throughout some of the poorest corners of the world. How will P&G go about doing that? To get a sense, just look at the way it cracked — and to a large degree created — the market for disposable diapers in China.

When P&G first launched Pampers in China in 1998, the effort flopped. Instead of developing a unique product for the market, P&G made a lower-quality version of U.S. and European diapers, wrongly assuming that parents would buy them if they were cheap enough. “It just didn’t work,” Brown says.

Chinese split-pants, or kaidangku. Photo by The Wu's Photo Land on Flickr

It didn’t help that Chinese families had always gotten along just fine without disposable diapers. There, potty training often begins as early as six months, and children wear what’s called kaidangku — colorful open-crotch pants that let them squat and relieve themselves in open areas.

Pampers’ pitch wasn’t compelling people to try something new — and neither was the product itself. “We scrimped on the softness in the earlier versions,” says Kelly Anchrum, director of global baby care, external relations, and sustainability. “It had a more plasticky feel. It took us awhile to figure out that softness was just as important to moms in a developing market.”

P&G had tried a similarly watered-down approach earlier in the decade, when it launched laundry and hair-care brands in several emerging markets. Those products also failed, Brown says. After these experiences, the company in 2001 came up with a new approach to product development: “Delight, don’t dilute.” In other words, the diaper needed to be cheap, but it also had to do what other cheap diapers didn’t — keep a baby dry for 10 hours and be as comfortable as cloth.

So P&G added softness, dialed down the plastic feel, and increased the absorption capability of the diaper. To bring down the cost, the company developed more efficient technology platforms and moved manufacturing operations to China to eliminate shipping costs.

The revamped diaper, Pampers Cloth Like & Dry, hit retail shelves in China’s largest cities in 2006, selling for the equivalent of 10 cents in local currency, less than half the cost of a Pampers diaper in the United States.

P&G had the right diaper and the right price point. Now it faced the bigger challenge. “You have to convince someone that they need this thing,” says Ali Dibadj, an analyst who covers P&G at Sanford C. Bernstein & Co.

For Frances Roberts, global brand franchise leader for Pampers, every trip to China was (and still is) an opportunity to learn more about Chinese nursery habits. It’s part of the P&G ethos that brand leaders visit consumers in their own homes — something Roberts has done in dozens of countries, including Germany, Russia, and Jakarta. The goal is to uncover the nuances of each market, and early on in its diaper research P&G discovered a universal need. “Moms say the same things over and over,” Roberts says. Their cry: We want more sleep.

With the help of the Beijing Children’s Hospital’s Sleep Research Center, P&G researchers conducted two exhaustive studies between 2005 and 2006, involving 6,800 home visits, and more than 1,000 babies throughout eight cities in China. Instead of cloth, the research subjects were tucked into bed with Pampers. The results: P&G reported that the babies who wore the disposables fell asleep 30 percent faster and slept an extra 30 minutes every night. The study even linked the extra sleep to improved cognitive development, a compelling point in a society obsessed with academic achievement.

P&G then put its marketing machine into motion. Pampers launched the “Golden Sleep” campaign in 2007, which included mass carnivals and in-store campaigns in China’s biggest urban areas. A viral campaign on the Pampers Chinese web site asked parents to upload photos of their sleeping babies to drive home the study’s sleep message. The response was impressive: 200,000 photos, which P&G used to create a 660-square-meter photomontage at a retail store in Shanghai. The ad campaign boasted “scientific” results, such as “Baby Sleeps with 50% Less Disruption” and “Baby Falls Asleep 30% Faster.”

No diaper brand, not even rival Kimberly-Clark, maker of Huggies, has come close to spending as much on advertising in China, according to CTR Market Research, the China-based division of American media researcher TNS Media Intelligence. Since 2006, Pampers’ measured media spend topped 3.2 billion yuan, or about $476 million — more than three times as much as any other brand. In 2009 alone, P&G spent $69 million, compared to Kimberly-Clark’s $12 million spend for Huggies.

Ruling the Nursery — in China and Around the World

Today, Pampers is the top-selling brand in China, a country where about a decade ago the disposable diaper category hardly existed. P&G does not release sales figures for specific countries, but Datamonitor estimates that the company has captured more than 30 percent of the $1.4 billion market.

Karl Gerth, an Oxford professor who researches the spread of consumerism in China, says P&G’s marketing campaigns strike the right tone. “You don’t want to come off as paternalistic,” says Gerth, who wrote the book “China Made: Consumer Culture and the Creation of the Nation.” “The idea that Pampers brings a scientific backing and gives children an edge in their environment — that’s a brilliant way to stand out from the competition.”

You could argue that it’s easy being No. 1 when the market is still small. But P&G still has a lot of work to do. The company faces challenges from private-label and domestic brands, including the No. 2 market leader, Hengan International Group, which has steadily grown its market share to 20 percent. Local brands, meantime, are catching up with better products, marketing, and distribution. “Chinese consumers are going to want to root for the home team,” Gerth says.

And there’s still the challenge of making disposables a habit. On average, diaper use still amounts to less than one a day. “We’ve only just begun to scratch the surface [in China],” Dimitri Panayotopoulos, vice chairman of global household care, told investors in a 2008 analyst meeting.

There’s even bigger potential in India, where the birth rate is almost double that of China but the diaper market remains tiny at about $43.4 million. (Pampers is the top-selling brand there, too.) So now, P&G plans to take the sleep argument throughout rural and poor areas in India and elsewhere. The company also makes its case by positioning itself as a baby-care educator. Pampers sponsors healthcare-outreach programs such as a rural immunization program in China and mobile medical-care vans in Pakistan and Morocco. In India, there’s a door-to-door program that offers baby-care tips and diaper samples for moms.

Of course, P&G tweaks the sales pitch to fit different markets; that’s what the company is known for. In India, for instance, the convenience of disposable diapers doesn’t resonate with parents. The company’s consumer research found that many Indian mothers think that only lazy moms put their babies in disposable diapers that last a full night. As Pampers brand manager Vidya Ramachandran reported in an internal video shown to employees, “We really had to change that mindset and educate [mothers] that using a diaper is not about convenience for you — it’s about your baby’s development.”