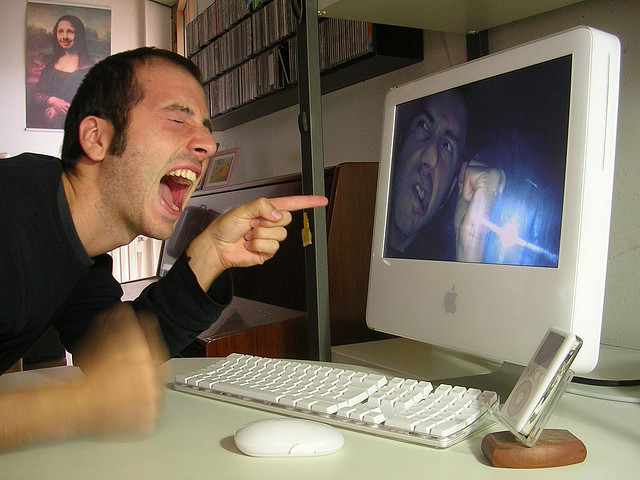 (Moneywatch) If tens of thousands of people applied for one job, what are the odds that not a one would be qualified for the position? That's not a theoretical question.

Peter Cappelli, a management professor at the Wharton School of the University of Pennsylvania, recently noted such a case after a company's resume-screening system concluded that none of the 29,000 applicants for an engineering job had the right qualifications.

Sadly, this does not surprise me one bit. With the current overflow of job-seekers and the ubiquity in corporate America of such resume software, companies often seek out the "perfect" job candidate. The sort of candidate who, given the nature of humanity, doesn't exist. As a result, people who need jobs can't find them, and hiring managers with multiple vacancies at their organizations cry in their pillows at night about the "talent shortage."

While online job applications seemingly make life easier for all parties. For job-hunters, for instance, it avoids having to print up resumes on pricey paper ad figuring out if your cover letter should begin, "Dear Sir or Madam" or "To Whom It May Concern" -- just fill out the little boxes, hit send and ta da! You're in the system.

Except that the system is a black hole. You job-seekers out there know the drill. You've submitted work applications using Google, Monster, Careerbuilder and other job sites. You've spent upwards of an hour loading your work and personal information into the systems. You've tweaked your key words to match job descriptions. And then when you go to submit your resume you're told that you left out some insignificant detail three pages back, requiring you to start over.

When you're lucky enough to have dotted every 'i' and crossed every 't', do you ever hear from the company? Almost never. Your info disappears into the Twilight Zone of online resumes.

I got an email recently from a public relations firm touting the benefits of a new online application and resume tracking system. Would I please write an article about the wonderful software she represents? In response I wrote, "My focus tends to be on the job-seeker rather than the employers. If you can tell me how this will make it better for applicants, I may be interested."

Unfortunately, the PR person's response regarding the software in question was what I expected. Essentially, there is no benefit to the job seeker. (Of course, she didn't say that exactly; she just changed the subject and offered to send me new survey coming out soon!)

And here's something important to note about this technology: Software that doesn't help job seekers doesn't benefit hiring managers, either. There's some sort of skewed notion that because unemployment is high, companies don't need employees. The attitude appears to be that the vast number of job-seekers means that all workers are replaceable. As a result, many employers set the recruitment standard so high, trying to to weed out the "unqualified," that they reject everyone in the process, including people who be a real asset to the company.

Let me make it clear by speaking directly to hiring managers, recruiters and job-board operators: When the economy is lousy, you need the best possible matches between employer and employee. And those matches aren't to be made through online key word searches. Why? Because such terms only represent how you think the job should be done -- it doesn't allow for the possibility of finding a better way to do a job, or exploring other options.

Headhunter Nick Corcodilos gives several reasons why electronic job applications are a bust. These two reasons sum it up for me:

The "out of the box creative thinking" companies claim they want is weeded out automatically. If you don't fill out a "required" box, your creative thinking is rejected. The employer gets only applicants who perfunctorily follow all the rules. Rules that don't work well at all.

That online form? It's connected to an online job description. This is where an employer throws in the kitchen sink. They ask for everything, and if you lack anything on the list, you're out. And the employer loses -- because while you may lack one or two "qualifications," you're a fast learner who will get rejected. Meanwhile, you could be learning the job while the employer complains of the "talent shortage" and the job goes begging while the board of directors wonders why profits are down.

Better how? Well, an employer won't know that until it starts talking to actual job candidates. That means employers need to actively network just as much as job seekers do. Additionally, while resume screening can be helpful, the requirements shouldn't be so discriminating that a company isn't finding any qualified applicants. Are you hung up on one particular college degree? Five, but never four, years of experience? (And 10 years is just too much! You'll be bored!) Someone who can use software A and B, but reject candidates who are versed in C and D and could easily learn the former if given a $300 set of training CDs?

In other words, instead of outsourcing their talent search to an algorithm, companies must bring in candidates and give them the chance to explain while they'll make a difference. Remember, you can train any reasonably intelligent person on the "how" part of the job. But organizations need people who are capable more than that. And finding that means you need to step away from the computer.

Do temporary workers have any rights?

Can my employer cut my paid time off?
Suzanne Lucas