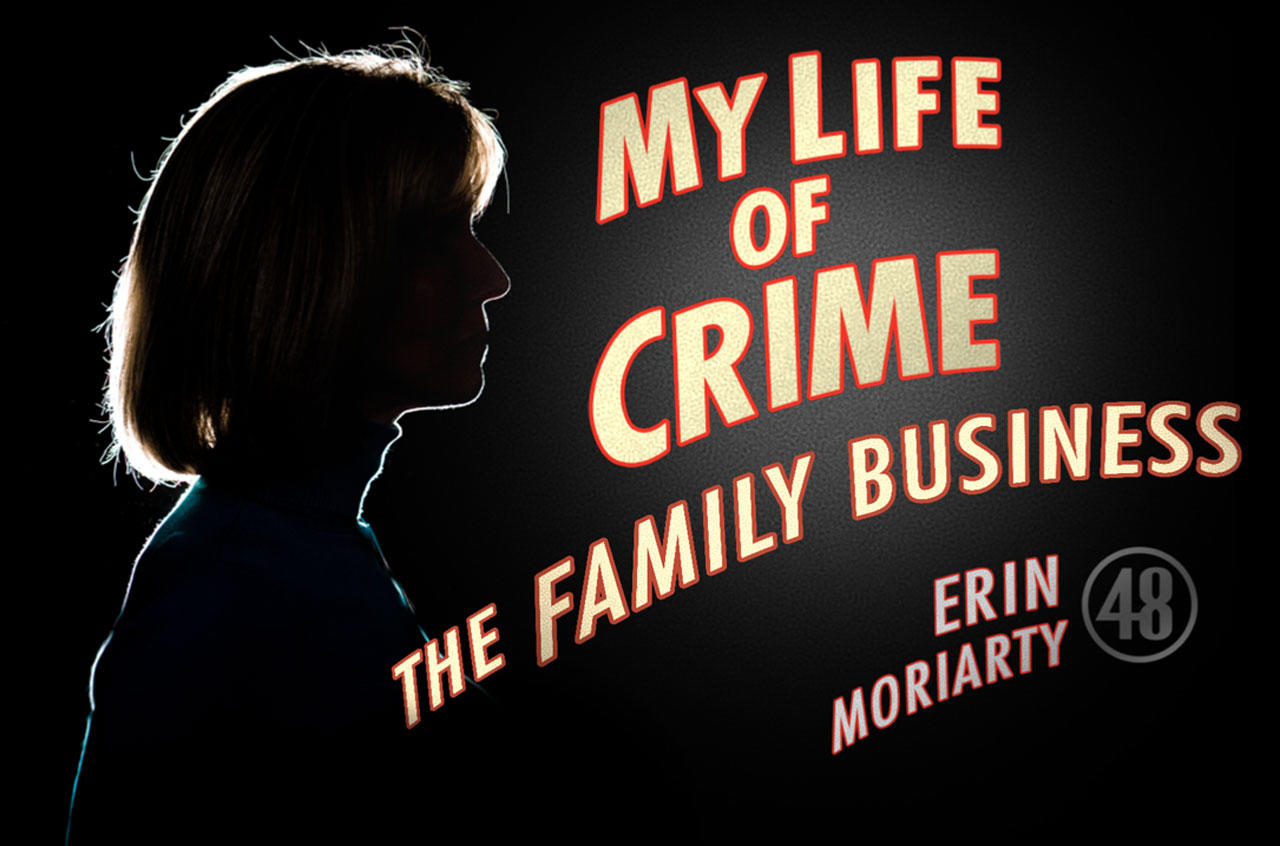 Nicholas Musurca's specialty is horror films. His childhood revolved around his mother's unusual occupation as a TV crime reporter. He grew up on tales of abducted children, eerie crime scenes and serial killers.

In "The Family Business" — the latest episode of her "My Life of Crime" podcast — "48 Hours" correspondent Erin Moriarty opens up about how reporting on the crime beat played a role in her home life as a parent and how it directly affected the life of her son, Nick.

"It would seem ridiculous to deny it," Musurca says. "It seems like an obvious connection. I mean — my mother would come home — and we'd be eating dinner and she would say to us, 'Hey, who wants to hear about JonBenet Ramsey?'"

Murder, mayhem and the not-so-average mom shaped Musurca's life and career. His work as a Hollywood horror producer, writer and editor is scary and edgy with a touch of humor. He shares with the audience what it was like when the serial killer known as BTK sent artwork to his mother at the house. Why? Because she gave out their home address.

"But it was all really in the interest of work," Moriarty says.

Moriarty also shares personal moments where she brought home the emotional toll of covering missing and kidnapped children. Her reporting experience ended up changing a simple family bike ride in New York's Central Park into a public "incident" when Nick got lost. He was 10 or 11 years old at the time.

"Nick is gone. He's gone. I can't see him anywhere," Moriarty recalls. "And I turn to my husband and I go, 'Jim, where's Nick?' And he goes, 'I don't know. You know, he's fine.' And I go, 'Oh, my God. Oh, my God.' Within moments, I had organized — I'm not kidding — a posse. We were gonna go look for him. Because the one thing that had stayed in my head was — 'you have to act immediately. You have to act immediately.' If your child's taken, those first few minutes matter more than anything."

It all turned out fine.

"My Life of Crime" is a new podcast from the producers of  "48 Hours," America's true crime destination. The series is quickly resonating with listeners as they go along with Moriarty for her immersive, intimate and sometimes irreverent take on true crime stories. Some are infamous — some are little known — but all include Moriarty's signature reporting.

Should teen who recorded friend's suicide be held responsible?
Thanks for reading CBS NEWS.
Create your free account or log in
for more features.
View CBS News In
CBS News App Open
Chrome Safari Continue
Be the first to know
Get browser notifications for breaking news, live events, and exclusive reporting.