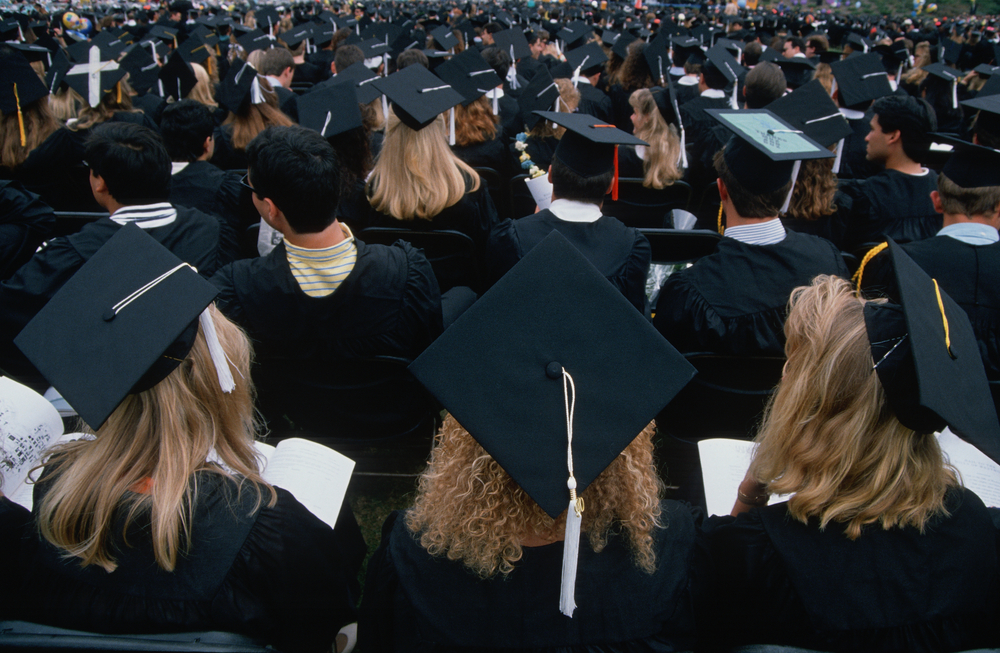 Not surprisingly, the students who were most likely to obtain a degree or certificate within six years attended college full-time (78 percent). In contrast, the students attending college part-time had a much lower chance (22 percent) of obtaining a certificate or degree.

Starting at a community college

With college costs continuing to exceed inflation, many families are exploring whether to start their children at less expensive community colleges. But the report illustrates the potential drawback to this strategy. Only 17 percent of students who began at two-year schools ended up completing a degree at a four-year institution within the six-year period.

For the first time, the Clearinghouse also included grad rates for “dual-enrollment” students, those who took college-level classes while still in high school. A growing number of teenagers are taking college classes either at their own high schools or on college campuses for dual credit. These students, who attended college full time, posted the best six-year grad rate at 85.4 percent.

The report also documented what higher-ed administrators have known for a long time. Students bounce around. Nearly one out of four college students completed a degree or certificate at an institution other than the one where they started.