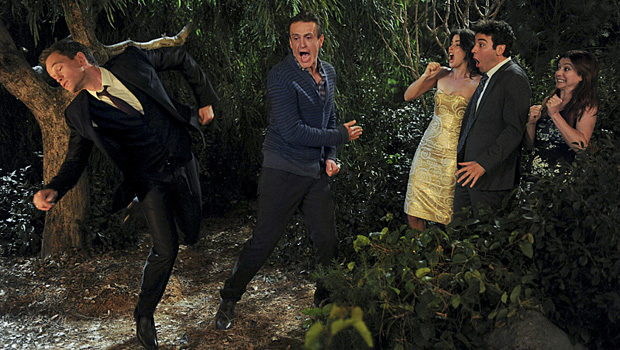 The creators of "How I Met Your Mother" have apologized after an episode of the series was met with accusations of racism.

Monday’s installment of the CBS comedy, titled "Slapsgiving #3: Slappointment in Slapmarra," which featured members of the cast in stereotypical Asian attire. Viewers took to Twitter to slam the show over the episode, with some using the hashtag #HowIMetYourRacism.

Series co-creator Carter Bays responded to the racism claims on Twitter, writing that he and fellow co-creator Craig Thomas were "deeply sorry" to those who were offended. "We try to make a show that's universal, that anyone can watch and enjoy," he said. "We fell short of that this week, and feel terrible about it."