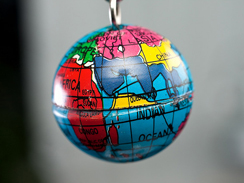 These 19 countries accounted for an estimated 89 percent of the world stock market in 1900. The remaining 11 percent came from markets that existed in 1900, but no data is available, as markets failed to survive (such as Russia in 1917 and China in 1949) and investors were wiped out. To quantify the maximum possible impact of omitted markets on the magnitude of the historical equity risk premium, the authors made the extreme assumption that all omitted markets became valueless, and that occurred for every omitted country in a single year. They calculated what risk premium investors would have earned if in 1900 they had purchased a holding in the entire world market, including countries omitted from the DMS database, and held this portfolio for 111 years. The following is a summary of their findings:

The authors also took a stab at estimating the forward-looking equity risk premium. They began with the current yield on the world index of about 2.5 percent, well below the long-run historical average. Assuming future real dividend growth of 2 percent, the prospective geometric premium on the world index is just 3 percent to 3.5 percent, depending on the assumption made about the likely future real risk-free rate. The corresponding arithmetic mean risk premium would be around 4.5 percent to 5 percent. Both are below the historical average.

The message for investors is to be careful to avoid building return assumptions in your investment plan that rely on historical (backward-looking) metrics. If the authors are correct, and most financial economists today agree with their conclusion, doing so is likely to lead to not meeting your financial goals.